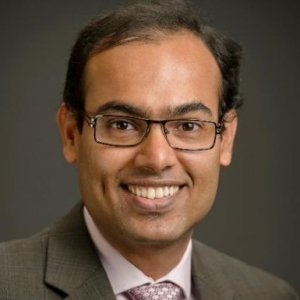 
Sutirtha Bagchi, PhD, is an expert in public finance. 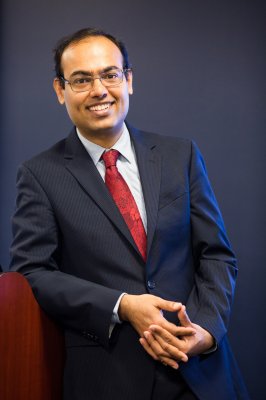 Dr. Sutirtha Bagchi's research interests focus on the areas of political economy, state and local public finance, regulation, and public-sector labor markets. He can discuss trending topics like the value of taxicab medallions and how competitors Uber and Lyft have affected the economy of this sector of the market. He also has expertise in market regulation and reform, particularly in regard to the cable industry.

Ask the Experts: Car Insurance in 2021

Has the Government Gotten Too Good at Collecting Taxes?

"I recently spoke to one of the authors of this study, Sutirtha Bagchi, an Assistant Professor of Economics at Villanova University's School of Business. He told me that state income tax withholdings are a relatively new phenomenon that have only been around for about 70 years and there hasn't been much research into how effectively they help states raise revenues."

Conrado Medina woke up April 22 to a taxi driver's nightmare. The medallion attached to his 2012 Toyota Camry yellow cab had been removed as the car sat overnight in his driveway in Jackson Heights, Queens. Sutirtha Bagchi, an economics professor at Villanova University who recently conducted a study on medallion prices, estimates the asset's value at $400,000. His calculations combine data on fare-box totals, medallion-loan interest rates, labor costs and Google Trends search results, which he used to track Uber's growth.

We're all aware that income inequality has risen in the US in recent decades. Well, OK, anyone who has been paying any attention at all to the whines from the left side of the political aisle is aware of this. There's two important questions that flow from this observation: does it matter and why is it happening?

Why some billionaires are bad for growth, and others aren’t

You might be used to hearing criticisms of inequality, but economists actually debate this point. Some argue that inequality can propel growth: They say that since the rich are able to save the most, they can actually afford to finance more business activity, or that the kinds of taxes and redistributive programs that are typically used to spread out wealth are inefficient. Other economists argue that inequality is a drag on growth. They say it prevents the poor from acquiring the collateral necessary to take out loans to start businesses, or get the education and training necessary for a dynamic economy. Others say inequality leads to political instability that can be economically damaging. A new study that has been accepted by the Journal of Comparative Economics helps resolve this debate. Using an inventive new way to measure billionaire wealth, Sutirtha Bagchi of Villanova University and Jan Svejnar of Columbia University find that it’s not the level of inequality that matters for growth so much as the reason that inequality happened in the first place.

fter I escaped communist Czechoslovakia in 1970, I enrolled at Cornell University. In my introductory sociology course there, I was taught that becoming a billionaire was impossible – realising the “American dream”, at least at the very top of the income scale, was effectively no longer an option. The last few decades have certainly proved this thesis wrong. In order to make headway on understanding the implications, we must obviously do more than just look from one year to the next at the increasing concentration of wealth. The key questions to answer are: is a greater presence of billionaires in a country a positive, as some might argue? Or is there evidence that it is a negative? Leaving aside moral questions, do billionaires accelerate or slow down a country’s economic growth? This is the set of questions that I, along with my colleague Sutirtha Bagchi of Villanova University, have examined. Using data on billionaires published by Forbes magazine, we applied econometric techniques and arrived at a finding that will perplex some and delight others: a greater presence of billionaires in a country actually slows down its economic growth.

In politically competitive jurisdictions, there can be strong electoral incentives to underfund public pensions in order to keep current taxes low. I examine this hypothesis using panel data for over 2,000 local pension plans from Pennsylvania spanning the period 1985–2017. The results suggest that more politically competitive municipalities tend to have pension plans that are less funded. The effects of political competition are driven by municipalities that have a higher proportion of uninformed voters and are absent for pension plans offered by municipal authorities. The negative relationship between political competition and funding status is present for state pensions as well.

A Tale of Two Cities: An Examination of Medallion Prices in New York and Chicago

This paper examines the institution of taxicab medallions in two of the largest cities of the U.S.—New York and Chicago—and changes in the prices of those medallions during the period 2009–2016 (for New York City) and 2007–2016 (for Chicago). We document a drop of roughly 50% in the prices of these medallions in New York and roughly 80% in Chicago from their peak in 2013/2014 to the present. We also find that medallion prices are positively correlated with taxicab revenues (for New York City) and negatively correlated with proxies for the intensity of adoption of Uber and Lyft and interest rates in both cities.

Barriers to Entry and Competitive Behavior: Evidence from Reforms of Cable Franchising Regulations

The Journal of Industrial Economics

2016 Between 2005 and 2008, 19 of the 50 states of the U.S. reformed the franchising process for cable television, significantly easing entry into local markets. Using a difference-in-differences approach that exploits the staggered introduction of reforms, we find that prices for “Basic” service declined systematically by about 5.5 to 6.8 percent following the reforms, but we find no statistically significant effect on average price for the more popular “Expanded Basic” service. We also find that the reforms led to increased actual entry in reformed states, by about 11.6% relative to non reformed states. Our analysis shows that the decline in price for “Basic” service holds for markets that did not experience actual entry, consistent with limit pricing by incumbents. To control for potential state-level shocks correlated with the reforms, we undertake a sample-split test examining changes in local markets which faced a greater threat of entry (because they were close to a prominent second entrant); we find larger declines in prices, for both “Basic” and “Expanded Basic” services in these markets. Our results are consistent with limit pricing models that predict incumbents respond to increased threat of entry, and suggest that the reforms facilitated entry and modestly benefitted consumers in reformed states.

Does wealth inequality matter for growth? The effect of billionaire wealth, income distribution, and poverty