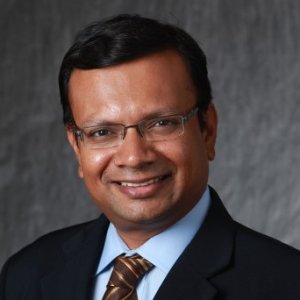 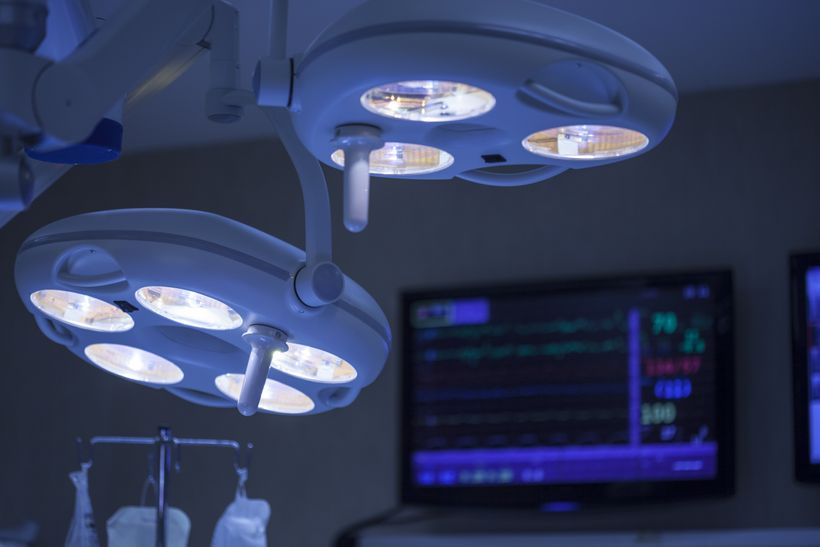 Suvranu De is the J. Erik Jonsson ’22 Distinguished Professor of Engineering at Rensselaer Polytechnic Institute where he serves as Head of the Department of Mechanical, Aerospace, and Nuclear Engineering (MANE) and Director of the Center for Modeling, Simulation and Imaging in Medicine (CeMSIM). He also holds a courtesy appointment as Professor of Surgery at the University of Texas Southwestern Medical Center in Dallas, TX. He received his Sc.D. in Mechanical Engineering from MIT in 2001. His research interests include the development of novel, robust, and reliable computational technology to solve challenging and high-impact problems in engineering, medicine, and biology. He is the recipient of the 2005 ONR Young Investigator Award. He currently serves on the editorial boards of the Journal of Computational Surgery, International Journal of Modern Mechanics, International Journal of Computational Methods, and Computers & Structures as well as scientific committees of numerous national and international conferences. He is Senior Member of IEEE and serves as Vice Chair of the IEEE Technical Committee on Haptics, Chair of the Computational Bioengineering Committee of the US Association for Computational Mechanics and member of several committees of the Society of American Gastrointestinal and Endoscopic Surgeons. He is a Fellow of the American Institute for Medical and Biological Engineering, the International Association for Computational Mechanics and the US Association for Computational Mechanics. 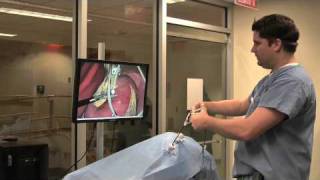 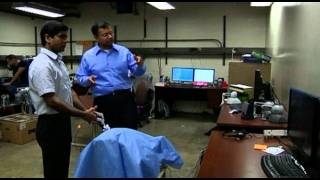 Brain Scans Can Detect Who Has Better Skills

Critical to the success of the technology is the “social issue of acceptance,” said Suvranu De, the director of the Rensselaer Polytechnic Institute’s Center for Modeling, Simulation and Imaging in Medicine in Troy, N.Y. Doctors must want to use it, said Dr. De, who co-led the research. Some neuroethicists worry about making brain assessments compulsory...

A Look Inside Your Surgeon’s Brain, Before the Surgeon Looks Inside You

I chatted with two engineers involved in the study. Suvranu De and Xavier Intes, both of Rensselaer Polytechnic Institute, said they are not trying to create the brain police. The goal is not to decide who should be allowed to become a surgeon, but to improve the way surgeons are trained and evaluated, so we can better determine whether they are ready to practice on patients...

Suvranu De—who heads RPI's Center for Modeling, Simulation and Imaging in Medicine--believes virtual reality can teach budding doctors to do a tracheotomy and insert breathing tubes before ever encountering human patients. "It's important the avatar look alive and not like a computer game character. His appearance helps the medical students using our program feel as nervous as they would with a human," De said "His lifelike appearance helps a student feel the adrenaline, the emotional involvement."...

2018 Radio-frequency (RF) heating of soft biological tissues during electrosurgical procedures is a fast process that involves phase change through evaporation and transport of intra- and extra-cellular water, and where variations in physical properties with temperature and water content play significant role. Accurately predicting and capturing these effects would improve the modeling of temperature change in the tissue allowing the development of improved instrument design and better understanding of tissue damage and necrosis. Previous models based on the Pennes’ bioheat model neglect both evaporation and transport or consider evaporation through numerical correlations, however, do not account for changes in physical properties due to mass transport or phase change, nor capture the pressure increase due to evaporation within the tissue. While a porous media approach can capture the effects of evaporation, transport, pressure and changes in physical properties, the model assumes free diffusion of liquid and gas without a careful examination of assumptions on transport parameters in intact tissue resulting in significant under prediction of temperature. These different approaches have therefore been associated with errors in temperature prediction exceeding 20% when compared to experiments due to inaccuracies in capturing the effects of evaporation losses and transport. Here, we present a model of RF heating of hydrated soft tissue based on mixture theory where the multiphase nature of tissue is captured within a continuum thermomechanics framework, simultaneously considering the transport, deformation and phase change losses due to evaporation that occur during electrosurgical heating. The model predictions are validated against data obtained for in vivo ablation of porcine liver tissue at various power settings of the electrosurgical unit. The model is able to match the mean experimental temperature data with sharp gradients in the vicinity of the electrode during rapid low and high power ablation procedures with errors less than 7.9%. Additionally, the model is able to capture fast vaporization losses and the corresponding increase in pressure due to vapor buildup which have a significant effect on temperature prediction beyond 100 °C.

2018 Radio-frequency electrosurgical procedures are widely used to simultaneously dissect and coagulate tissue. Experiments suggest that evaporation of cellular and intra-cellular water plays a significant role in the evolution of the temperature field at the tissue level, which is not adequately captured in a single scale energy balance equation. Here, we propose a two-scale model to study the effects of microscale phase change and heat dissipation in response to radiofrequency heating on the tissue level in electrosurgical ablation procedures. At the microscale, the conservation of mass along with thermodynamic and mechanical equilibrium is applied to obtain an equation-of-state relating vapor mass fraction to temperature and pressure. The evaporation losses are incorporated in the macro-level energy conservation and results are validated with mean experimental temperature distributions measured from electrosurgical ablation testing on ex vivo porcine liver at different power settings of the electrosurgical instrument. Model prediction of water loss and its effect on the temperature along with the effect of the mechanical properties on results are evaluated and discussed.

2018 Measuring motor skill proficiency is critical for the certification of highly skilled individuals in numerous fields. However, conventional measures use subjective metrics that often cannot distinguish between expertise levels. We present an advanced optical neuroimaging methodology that can objectively and successfully classify subjects with different expertise levels associated with bimanual motor dexterity. The methodology was tested by assessing laparoscopic surgery skills within the framework of the fundamentals of a laparoscopic surgery program, which is a prerequisite for certification in general surgery. We demonstrate that optical-based metrics outperformed current metrics for surgical certification in classifying subjects with varying surgical expertise. Moreover, we report that optical neuroimaging allows for the successful classification of subjects during the acquisition of these skills.