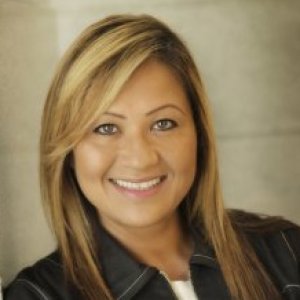 Suzanne is a certified, award-winning and internationally-recognized author, crisis management consultant, instructor and speaker, who has helped governments, communities and companies plan for and respond to disasters for nearly twenty years.

She was recently awarded the global 2015 Innovation & Excellence Award – Excellence in Emergency Management (Canada), and named ‘Best Crisis Management Consultant – Ontario’ as part of Corporate Vision’s global 2015 Consultancy Awards. She is also the recipient of the 2014 International Business Excellence Award – Crisis Communications Consultant of the Year (Canada), as well as the 2014 Alumni Achievement Award from her alma mater, Cambrian College.

Throughout her career, Suzanne has been professionally and/or personally involved in responding to crises such as the 1998 “Ice Storm of the Century” in Eastern Canada, the 2003 Northeast Blackout, SARS, Hurricane Katrina, the H1N1 pandemic, Hurricane Sandy, as well as numerous floods, fires, severe storms and reputational crises.

Prior to her career in business continuity and emergency management, Suzanne was a news reporter and anchor, as well as government press secretary/communications advisor and speechwriter.

In 1997, Suzanne became Ontario’s FIRST female uniformed Emergency Management Field Officer for Emergency Management Ontario (EMO), where she helped coordinate the Ontario government’s response to floods, forest fires and severe storms. In recognition of her response work during the 1998 “Ice Storm of the Century” in Canada, she received the Amethyst Award for Outstanding Achievement on behalf of the Government of Ontario.

Suzanne’s critically-acclaimed 2015 book, Disaster Heroes – Invisible Champions of Help, Hope, and Healing, tells the stories of ordinary men, women and children who have done extraordinary things to help respond, recover and rebuild following some of the world’s most significant modern disasters.

Crisis Management in Business and Life

Planning for Protests – Lessons Learned from the 2010 G20 Summit

Disaster Heroes: 9/11 terror attacks and the Spirit of Louisiana

Monthly blog on 'Disaster Heroes', based on the book of the same name, published in 2015 by Suzanne Bernier