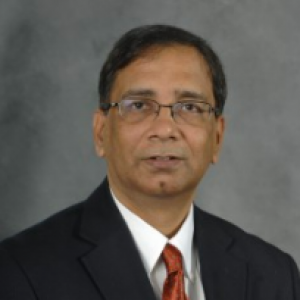 
I am an environmental engineer engaged in addressing environmental and health issues using molecular biology, genomics, and microfluidics.

I am trained as an environmental engineer with training and interests in molecular biology and microbial ecology. Majority of my research projects focus on integration of molecular biology, microbial ecology, genomics, microfluidics, and consumer electronics to address environmental engineering and human health issues. They can be categorified under three closely related themes: A) understanding how complex microbial communities work, B) development of parallel detection tools, and C) development/evaluation of processes relevant to environmental biotechnology. My research grants have been sponsored by the NIEHS, EPA, Michigan Economic Development Corporation, various industries, and SERDP. Currently, I am serving as a Lead PI for Project 4 (Gut microbiome-host-toxicant interactions) – one of the research projects under MSU’s Superfund Research Program. This project is heavily focused on the role of gut microbiome in alleviating the effects of toxicants (TCDD). As part of this project, my research team is using multiple “omics” tools to decipher the interactions between the host and microbiome using germ-free and traditional mouse models. These include genomics of the host and microbiome, microRNA expression analysis focusing on the host, proteomics, and metabolomics.

2017 Battling infection is a major healthcare objective. Untreated infections can rapidly evolve toward the condition of sepsis in which the body begins to fail and resuscitation becomes critical and tenuous. Identification of infection followed by rapid antimicrobial treatment are primary goals of medical care, but precise identification of offending organisms by current methods is slow and broad spectrum empirical therapy is employed to cover most potential pathogens.

2017 The remediation of chlorinated solvent contaminated sites frequently involves bioaugmentation with mixed cultures containing Dehalococcoides mccartyi. Their activity is then examined by quantifying reductive dehalogenase (RDase) genes. Recently, we described a rapid, low cost approach, based on loop mediated isothermal amplification (LAMP), which allowed for the visual detection of RDase genes from groundwater. In that study, samples were concentrated (without DNA extraction), incubated in a water bath (avoiding the use of a thermal cycler) and amplification was visualized by the addition of SYBR green (post incubation).

2013 Antibiotic resistance genes (ARGs) are emerging contaminants posing a potential worldwide human health risk. Intensive animal husbandry is believed to be a major contributor to the increased environmental burden of ARGs. Despite the volume of antibiotics used in China, little information is available regarding the corresponding ARGs associated with animal farms. We assessed type and concentrations of ARGs at three stages of manure processing to land disposal at three large-scale (10,000 animals per year) commercial swine farms in China. In-feed or therapeutic antibiotics used on these farms include all major classes of antibiotics except vancomycins.

Gene-Z: a device for point of care genetic testing using a smartphone

Lab on a Chip

2012 By 2012, point of care (POC) testing will constitute roughly one third of the $59 billion in vitro diagnostics market. The ability to carry out multiplexed genetic testing and wireless connectivity are emerging as key attributes of future POC devices. In this study, an inexpensive, user-friendly and compact device (termed Gene-Z) is presented for rapid quantitative detection of multiple genetic markers with high sensitivity and specificity.

2012 Antibiotics have been administered to agricultural animals for disease treatment, disease prevention, and growth promotion for over 50 y. The impact of such antibiotic use on the treatment of human diseases is hotly debated. We raised pigs in a highly controlled environment, with one portion of the littermates receiving a diet containing performance-enhancing antibiotics [chlortetracycline, sulfamethazine, and penicillin (known as ASP250)] and the other portion receiving the same diet but without the antibiotics.

2000 Parallel processing is more stable than serial processing in many areas that employ interconnected activities. This hypothesis was tested for microbial community function using two quadruplicate sets of methanogenic communities, each set having substantially different populations. The two communities were maintained at a mean cell residence time of 16 days and a mean glucose loading rate of 0.34 g/liter-day in variable-volume reactors. To test stability to perturbation, they were subjected to an instantaneous glucose pulse that resulted in a 6.8-g/liter reactor concentration.