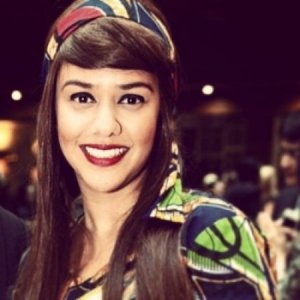 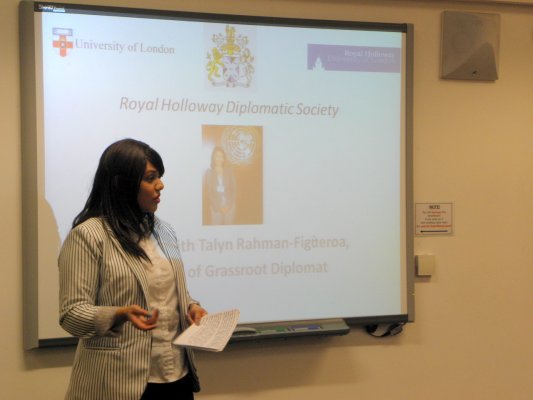 A trained diplomat, TALYN RAHMAN-FIGUEROA is the founder and CEO of Grassroot Diplomat, a global diplomatic consultancy making diplomacy effective for a modern civil society.

As an innovator and a leader in the practices of modern diplomacy, Talyn has been described as a 'change-maker' by the diplomatic corps. Talyn is a heavy-weight networker, working closely with top politicians and diplomats to ensure that diplomacy is effective in a fast-paced modern civil society. She is leading on high-level branding campaigns with prominent members of the diplomatic corps, writing a handbook on the diplomatic management of Brexit, and is charged with auditing digital diplomacy engagements of the diplomatic community.

Known for being an excellent networker and strategist, Talyn has created a powerful contact list with relationships with Heads of Missions, government officials and global influencers including Desmond Tutu, former UN Secretary-General Kofi Annan and former US Governor Arnold Schwarzenegger. She has over ten years' experience working with various NGOS and the British government, assisting and consulting on high-level projects on business and innovation, public health, trade and investment, and climate change working alongside top leaders within the government circle.

Talyn leads on all aspects of the consultation process from business development to project implementation, and has trained and advised diplomats from over 20 foreign diplomatic missions on a one-to-one basis. She is currently managing top professionals of 20+ people across disparate international locations; developing and delivering highly sensitive campaigns that repairs trust and breaks down stereotypical misconceptions; completed the delivery of a transition project from public to private ownership; and harnessing strong relationship with influential stakeholders to ensure projects are implemented effectively within wider operational environment.

Recipient of the Diplomatic Academy of London Scholarship, 2010 (professional)

School of Oriental and African Studies: BA, Japanese and Management 2008

Dissertation: Japan and the Security Council, 2008

Bridging the Gap between Political Leaders and Civil Society

The New Age of Grassroot Diplomacy

As peoples’ sacrifices go unnoticed, we turn to a new form of diplomacy to address the world’s problems. Welcome to the age of Grassroot Diplomacy where people finally have the ability to make real change in partnership with their government representatives on the ground.