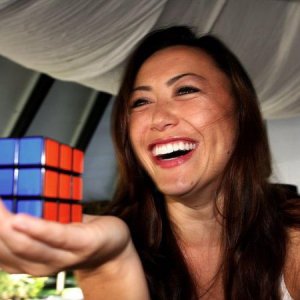 An entrepreneur since the age of 21, Tammy has taken part in numerous successful business endeavors, facilitating over $1 Billion+ in sales. Tammy has collaborated with organizations such as Lloyds TSB, Hotwire.com, Holiday Autos and eBay to scale their businesses on an international level. Tammy also managed media buys resulting in a capital performance track record of 60% return on investment, outperforming the world’s top hedge funds 3 to 1.

Tammy also serves as an advisor to numerous startups in the security, consumer Internet and executive research fields. Tammy has been featured in Forbes, USA Today, NPR and the International Business Times. She has also served as a United States delegate for the 2013 YEA G20 Summit in Moscow, Russia and participant for the US Department of State’s “New Beginning: Entrepreneurship and Business Innovation” program, which hosted the top entrepreneurs from over 28 countries.

Tammy is a graduate of the GSP11 program at Singularity University at NASA Ames and holds a world record in kiteboarding.

Fantasies are selfish, dreams have purpose.