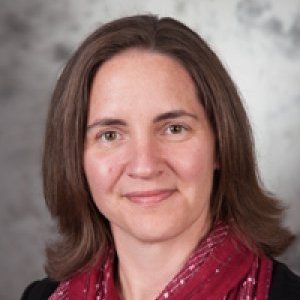 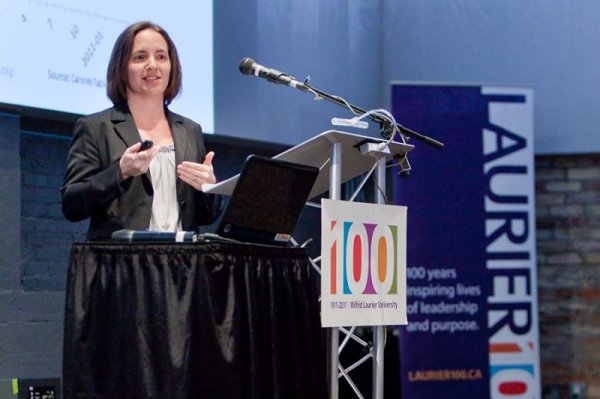 Tammy Schirle is an Associate Professor of Economics at Wilfrid Laurier University. She completed her Ph.D. at the University of British Columbia in 2006. She graduated from the University of Manitoba with a B.A.(Hons) in Economics in 1999 and completed her M.A. in Economics at Dalhousie University (Halifax) in 2000. She is currently Director of the Laurier Centre for Economic Research and Policy Analysis, Associate Editor for Canadian Public Policy, and Editor for the B.E. Journal of Economic Analysis & Policy. She is a C.D. Howe Institute Research Fellow, a member of the C.D. Howe Pension Policy Council, and a board member for the Canadian Labour Economics Forum. Her research interests include the economics of the elderly, income inequality, social policy, and the economics of gender. She has published articles in several academic journals, including the Journal of Labor Economics, Canadian Public Policy, Social Science and Medicine, and the Review of Income and Wealth.

Meanwhile, Generation Squeeze, a lobby group that advocates for Canadians in their 20s, 30s and 40s, says it backs a proposal from economists Kevin Milligan and Tammy Schirle to double the yearly maximum pensionable earnings. For 2016 that figure is $54,900...

There’s No XY in team: Study suggests women in academia get less credit than male co-authors

It’s always a challenge to put a finger on gender discrimination in the workplace, because the hiring process is vague and subjective, said Tammy Schirle, an economics professor at Wilfrid Laurier University. “It’s hard to give clear anecdotes, because it’s more of the look on people’s faces and how they ask questions and the subtle things that you accumulate over time. But each little anecdote can be dismissed very easily,” Schirle said. That’s perhaps why Sarsons’s findings are kicking up such a storm, because it puts hard data behind a phenomenon many in their gut believe to be true. Schirle said the paper does not show blatant discrimination against women, but rather a lurking, subconscious bias against their achievements. “We’re sort of unconsciously not giving credit where credit is due,” Schirle said...

What the Liberal victory could mean for your pension plan

Why is Ottawa giving me a child care benefit I don’t need?

If someone offered to send me $100 per month just because I have a young child, I’d say yes. I do that now, accepting the deposit of the Universal Child Care Benefit into my bank account every month. The fact that I might enjoy having an extra $100 per month doesn’t make it good policy...

Health Capacity to Work at Older Ages: Evidence from Canada

Social Security Programs and Retirement Around the World: The Capacity to Work at Older Ages

2016 We study the health-capacity to work among older workers in Canada. We estimate work capacity using two methods. The first uses age-specific mortality rates to proxy for overall health, comparing employment rates at similar levels of mortality. The second method uses a mix of health measures to estimate a health-employment relationship at ages 50 to 54, then uses these estimates to project the employment capacity of older workers. Our results suggest a substantial unused capacity for work among older...

2015 This study examines the gender gaps in average hourly wages facing private sector full-time employees in the Canadian provinces, using data from the Canadian Labour Force Survey. Over the 1997-2014 period, all provinces have made progress toward narrowing the gender wage gap, though notably little progress was made in Newfoundland and Alberta. Much of the variation across provinces in the gender gap is eliminated once we account for gender differences in individual and job characteristics in each province. Decomposition results ...

The differential impact of universal child benefits on the labour supply of married and single mothers.

The effect of universal child benefits on labour supply

Stand together or alone? Family structure and the business cycle in Canada

Review of Economics of the Household

2015 In this paper we examine the relationship between business cycle fluctuations and family formation and structure, using Canadian vital statistics and Labour Force Survey data. Similar to US studies, we find that a 1 percentage point increase in the unemployment rate of men is associated with a 13% decline in the number of marriages formed per thousand single females each quarter. Unlike US studies, we do not find a significant relationship between unemployment rates and aggregate flows into divorce. Using stock measures of ...