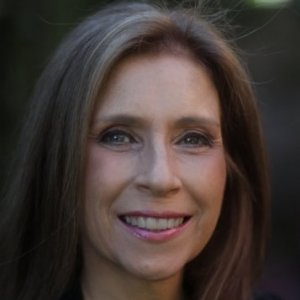 Dr. Tania Fleischer is an active pianist, collaborative artist and conductor in Southern California. As a young pianist, Dr. Fleischer attended the Juilliard Pre-College and won numerous prizes throughout the New York Metropolitan area. She appeared as soloist with many community orchestras as well as the New Jersey Symphony and performed regularly as a recitalist and in a duo with harpist Stacey Shames, with whom she shared her New York Debut at Carnegie Recital Hall. At the age of 14, she was hailed by New Jersey Magazine as one of their "Young Artists to Watch." Her teachers have included Martin Canin, Theodore Lettvin, John Perry, Robert Levin and Walter Ponce.

As a collaborative artist, Dr. Fleischer has coached with Martin Katz, Eckart Sellheim, Christoph Henkel, Kim Kashkashian and the Orford String Quartet. She has been a recipient of the Deutscher Akademischer Austauchdienst Award, as well as a winner in the German Hochschule Piano-Cello Duo Competition and the Stravinsky Awards International Competition.

Before joining the faculty at LMU, Dr. Fleischer developed and eventually headed the Accompanying Program at Chapman University, where she also taught piano, coached voice and co-directed the Opera Program. During her eight-year tenure at Chapman, Dr. Fleischer performed extensively in recital and with the Chapman University Choirs. Along with teaching piano at LMU, Dr. Fleischer is the director of the Chamber Orchestra, Chamber Ensembles and the co-producer of the Annual LMU Children's Concerts. She maintains a busy private studio of pianists, instrumentalists and singers, and is the director of the Culver City High School Academy of Visual and Performing Arts Orchestra.

Dr. Fleischer is active in community engagement through the arts at LMU and in the City of Culver City. In partnership with the LMU Family of Schools she creates opportunities for collaborations between LMU students and school-age children in the community.

She currently serves as a Commissioner for the Culver City Cultural Affairs Commission.