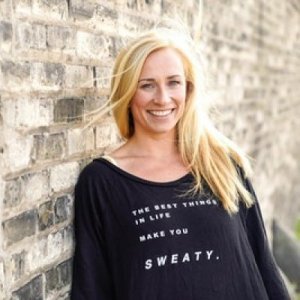 Taryn Vander Hoop (she/her) is a dancer, choreographer, educator, and producer. She received a B.S. in Dance, English Literature, and Spanish from the University of Wisconsin-Madison and a M.F.A. from NYU Tisch School of the Arts in Dance Performance and Choreography. She is the Co-Founder, Executive Director, and Associate Artistic Director of Summation Dance, an NYC/LA based modern dance company known for creating innovative and highly physical work. Summation has performed at Baryshnikov Arts Center (BAC), Brooklyn Academy of Music (BAM), Judson Memorial Church, Jacob’s Pillow, and received commissions from numerous venues and universities across the country. Additionally, she has performed the works of Andrea Miller/GALLIM and Sydney Skybetter/skybetter & associates, and been involved in projects with Gerald Casel Dance and Laura Peterson Choreography. Taryn has studied throughout her career at the Dance Education Laboratory (DEL) at the 92nd St Y in New York City and is a DEL Facilitator. With DEL, she has choreographed large-scale Movement Sentence Choirs in collaboration with Larry Keigwin, Urban Bush Women, Monica Bill Barnes, Nicole Wolcott, and Yin Yue. Taryn is an E-RYT 500 certified yoga instructor, and has led 200hr certifications in New York, South Korea, Vietnam, and New Jersey. She wrote her own certification curriculum in 2017 and started Lila Flow Yoga, which is recognized by the Yoga Alliance.