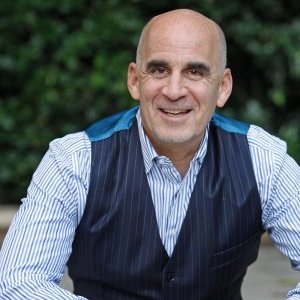 Ted Rubin is a leading social marketing strategist and in March 2009 started using and evangelizing the term ROR, Return on Relationship™… a concept he believes is the cornerstone for building an engaged multi-million member database, many of whom are vocal advocates for the brand, like the one he built for e.l.f. Cosmetics (EyesLipsFace.com) as the Chief Marketing Officer between 2008 and 2010, and the one built for OpenSky where Ted, was the Chief Social Marketing Officer. His book, Return on Relationship™, is due to be released in September.

On May 1st, 2011 Ted announced leaving OpenSky and accepting the position of Chief Social Marketing Officer at Collective Bias (whose Advisory Board he joined in January 2011), a company he has worked closely with since it was founded by John Andrews who Ted met through the blogging community when he was leading Emerging Media at Walmart. Ted is also on the Advisory Boards of Blue Calypso, Chinoki, OpenSky, SheSpeaks, Zuberance, Taptank, and Crowdsourcing Week.
Many people in the social media world know Ted for his enthusiastic, energetic and undeniably personal connection to people. Ted is the most followed CMO on Twitter and has one of the deepest networks of any marketer in the social arena. ROR is the basis of his philosophy…It’s All About Relationships! @TedRubin

“If you've ever listened to Ted speak to an audience of marketers on the importance of relationships you know that he is passionate about the topic. When you shake hands with the man and visit with him one-on-one, you recognize very quickly that he is committed to walking his talk. I had both opportunities recently when Ted and I were on the same agenda for the Puget Sound AMA's Market Mix event. Ted blew the attendees away with his human and unpretentious style, his excellent examples, and his ability to paint an engaging and clear picture with each and every word. He's like a gifted painter who brings a subject to life - making it memorable with each stroke of the brush against the canvas. Ted's audience is his canvas! Ted is a highly reg

“I reached out to Ted to be a part of the PSAMA annual conference because of his great reputation in talking about marketing relationships, the theme for this year's event. I found Ted to be very approachable, and he was excited about the opportunity to speak. But when I met Ted at last, just before the event, I was most impressed by his knowledge and his passion on the subject, and was sure he would make an ideal kick-off keynote for the day's event. Ted delivered even more than I hoped in the morning session, with his energy, passion, personal anecdotes and desire to connect with the audience. He charged up the audience and they left the session eager to learn more during the day. Not only did Ted give the event a great kick-off, but he s

Ted is one of the true leaders in the social media and customer engagement space. He gets it. Bright, passionate and always willing to help others. A go to speaker in the industry. August 2, 2011