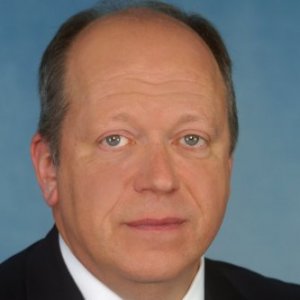 
Ted Zoller is an expert in entrepreneurship and economic development.

Ted Zoller oversees the teaching and outreach programs of the Entrepreneurship Center at UNC Kenan-Flagler.

His teaching focuses on new enterprise development, business models and early-stage venturing with a focus on developing entrepreneurial leaders and teams. He is the founding instructor of Launching the Venture, which has increased the number of companies to spin-off from UNC to lead national benchmarks.

Dr. Zoller oversees Launch Chapel Hill, a new venture lab that supports UNC teams that are moving to the marketplace, and a senior adviser to the Frank Hawkins Kenan Institute of Private Enterprise.

He is a senior fellow at the Ewing Marion Kauffman Foundation, where he previously served as a vice president.

He is former president of the U.S. Association for Small Business and Entrepreneurship, the largest independent, professional academic association in the world dedicated to advancing the discipline of entrepreneurship.

Dr. Zoller collaborates with leading venture accelerators in Europe, including the Accelerace program at the Symbion Research Park in Denmark. He has taught and consulted with numerous entrepreneurial ventures, and is an active, practicing entrepreneur. He founded CommonWeal Ventures, a venture advisory and analytics firm, and is a small business owner.

He serves on the boards of Idea Fund Partners, Rex Health Ventures, Southeast TechInventures, the executive committee of Council of Entrepreneurial Development and the national board of the Specialist People Foundation.

Director of the Center for Entrepreneurial Studies (professional)

The Center for Entrepreneurial Studies (CES), founded in 1997 through the generosity of Frank Hawkins Kenan, offers a comprehensive array of curricular and co-curricular programs under the rubric Learn-Launch-Lead (L3)™ to develop skills and direct experience not found at other business schools.

The Future of Entrepreneurship Education Is In Carolina?

“When you look at the community here in the research park, UNC is the dominant player,” Zoller says on a phone call with Poets&Quants. “Almost all of the big-scale companies that have exited were founded by UNC entrepreneurs. I’m not disparaging my friends at Duke or NC State, but we clearly are the leader.”

College campuses are known for being places of progress and innovation, but Innovate Carolina and the Entrepreneurship Center are taking these themes to the next level with their podcast — On the Heels of Innovation.

"Realize that you will fail almost daily, and that it’s part of the process and a good learning tool" said Ted Zoller, discussing the top four qualities of an entrepreneur.

Selecting where to build a company is one of the most important startup decisions you'll face. We examined rents, taxes, and other factors in eight cities to help you evaluate your options. But there's more than cost to consider. Ted Zoller puts the cities in three categories on the basis of their entrepreneurial ecosystems -- organic and mature, entrepreneur-led, and nascent and developing.

Finding dealmakers matters. Entrepreneurs need help turning bright ideas into money-making businesses. And entrepreneurial ecosystems need them to improve the economic performance of their regions. Ted Zoller’s “Dealmaker Algorithm” can locate those market-makers who unlock the potential of a region through their sophistication in making investments.