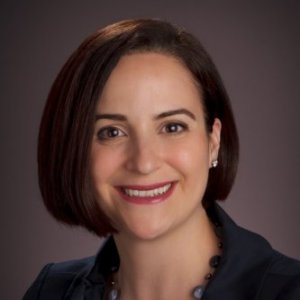 
Teresa Boyer, EdD, is an innovative leader in economic and social equity for women 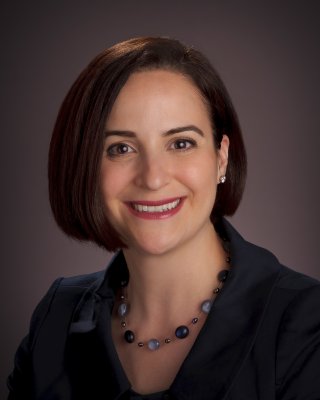 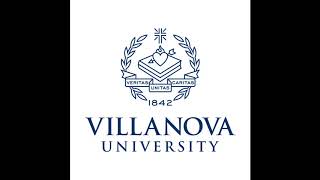 Women in the Workforce

The founding director of the Anne Welsh McNulty Institute for Women’s Leadership at Villanova University, Dr. Teresa “Terri” Boyer is a go-to media source on issues of gender equity, women in the workforce, work-life balance, women’s education and leadership development. Dr. Boyer is accomplished author who has published widely on educational and workforce equity, institutional reform for equity, women’s education and leadership, the effectiveness of equity programs, and assessment and teacher training. Prior to Villanova, she served as executive director of the Center for Women and Work and as an assistant research professor at Rutgers University. Dr. Boyer regularly speaks nationally on topics related to advancing women in education and the workplace, and has worked with dozens of major companies and institutions on gender initiatives

A woman has not won a screenwriting Oscar since the George W. Bush administration. Activists call it a travesty.

“I think we’ve seen this before,” said Villanova’s Boyer. “We have a reckoning and then one person wins and everyone says, ‘well, we’re done now.’ And before you know it 12 years go by."

"We have a clear example of gender bias in the workplace, although it's about athletics and sports, and people tend to think of entertainment as different, this is what happens in many work places," said Terri Boyer, director of the McNulty Institute for Women's Leadership at Villanova.

A stadium of soccer fans chanting ‘Equal pay!’ feels like a turning point. Will it be?

As the president of the world soccer federation prepared to hand out medals to the Women’s World Cup champions Sunday, a chant broke out from the fans in the French stadium who’d just watched their team from the United States cement its place in the history books: “E-qual pay! E-qual pay!" … “Everyone in that stadium saw some reason to take up that cause, and I don’t think they were just speaking for the athletes,” said Terri Boyer, director of the Anne Welsh McNulty Institute for Women’s Leadership at Villanova University.

Ageism, or Prejudice Against Our Future Selves

In this episode we meet Villanova University women's leadership professor Terri Boyer, and founder of Magnificent Midlife Rachel Lankester. Each discusses age discrimination (which is perpetrated by both men and women) and suggests ways we can tackle it, beginning with women not buying into the narratives we've been fed over the years.

A new study from the World Bank, out in time for Women's History Month, looked at gender equity in 131 countries. The results deliver some disturbing news for the United States: American women lag behind their counterparts in other economically advanced nations. The study, called "Women, Business and the Law 2019," examined the usual lifetime milestones: starting a job, getting married, having children, running a business. Terri Boyer, PhD, director of the McNulty Institute for Women's Leadership at Villanova University, says the U.S. ranks 62 out of 131 and is on par with much smaller countries.

A decade ago, the World Bank released a wide-ranging study which determined that zero countries treat men and women equally under the law. The follow-up report which was just released says that six countries now make the cut. The US, however, was way down in 62nd place, tied with the Bahamas, Kenya and Malawi. … Dr. Terri Boyer is the Director of the Institute for Women's Leadership at Villanova University. She tells KCBS Radio anchor Melissa Culross the US is far behind its economic peers and it mainly comes down to one factor.

It is the oldest beauty pageant in the United States, but now you won’t be able to call it that anymore … for some perspective on this issue I talked with Terri Boyer, she’s the founding director of the Villanova University Anne Welsh McNulty Institute for Women’s Leadership in Philadelphia, Pennsylvania.

#MeToo shone at the Grammys and Davos, but was it just lip service?

“CEOs need to look in their own backyard and ask, ‘What is our culture like here?’ Everyone is aware that #metoo is happening and it’s a problem, but they don't necessarily think of their own [workplace],” said Terri Boyer, founding director of the Anne Welsh McNulty Institute for Women’s Leadership at Villanova University.

One Year Later: How Inaugural Women's March Sparked a Movement

Millions of women took to the streets last year in response to President Trump’s inauguration, sparking a movement that’s seen women across the country run for office the first time, demand equal pay, and spark a conversation on sexual harassment, assault, and consent … let’s take a look at how things have evolved with Dr. Terri Boyer, founding director for the Institute for Women’s Leadership at Villanova University

This Life: Was Oprah right? Is a new day on the horizon for women?

That Hollywood would use the stage for activism isn’t all that unusual, Boyer said. The inclusion of those outside that circle was. “It wasn’t just the privileged (mostly white) Hollywood elite, but that several of those elite brought women activists whose identities and experiences were vastly different from their own — and yet they were finding commonality,” she said. “This is just a start, but if the movement continues, with all women coming together and saying, your problem is my problem, even with acknowledgment of our difference, then our unified strength will lead to a truly ‘new day.’”

The Lack Of Women Leaders Is A National Emergency

That one sentence sums up more than the situation with Weinstein, now accused of sexual harassing or assaulting more than 50 women. That same power imbalance exists in every corner of the country, in the White House, Congress, the media, police departments, academia, most big law firms, and nearly every major corporate boardroom, corner office and C-suite.“Weinstein is the embodiment of the power differential that plays out all over the workplace in the United States,” said Teresa Boyer, the director of the Anne Welsh McNulty Institute for Women’s Leadership at Villanova University.

A Proposal for Lasting Change in Workplace Culture

The last few weeks have been filled with news stories of women’s experiences sexual harassment and assault in the workplace and beyond, leaving the public expressing shock, dismay and even disgust…Instead of despair about the harsh reality of change — or rather, the lack thereof — I’d like to propose a different approach. We need to change the culture of our systems. What we could see playing out before us is the catalyst for the first steps in systemic change. Terri Boyer is the founding director of the Anne Welsh McNulty Institute for Women’s Leadership at Villanova University.

Manufacturing can help itself by hiring more women, study says

Manufacturing has rebounded since the recession, and there are lots of lean, mean, technology-driven manufacturers thriving all over country. Yet employers increasingly complain they can’t find enough skilled workers to meet current demand and grow. A new report says the industry could help itself a huge amount by doing one thing: hiring more women.

Poll Finds Most Voters Embrace Milestone for Women, if Not Hillary Clinton

Teresa Boyer discusses the importance of the 2016 Presidential election for women.

What Oscar snubs say about gender inequity among directors

"That one line from the movie where Marmee says, 'I've been angry every day of my life,' captures so much of the discussion that's going on in Hollywood," said Terri Boyer, director of the McNulty Institute for Women's Leadership at Villanova University. "When you think about #MeToo, about the pay equity issues, you have this movie that really epitomizes it."
Boyer said there were 18 or so female directors in the top 100 box office successes of 2019, but none were nominated for Best Director. All five Best Director nominees are men and four are white. Boyer said when the film industry starts talking about gender inequity among directors, then there will be change. "People are becoming more aware and then that switches to a conscious effort," she suggested. "Hopefully there will be a trend of change and recognition for the great work that women are doing."

US Department of Education, Office of Career Technical and Adult Education

US Department of Education

Advancing Equity in Career and Technical Education: A review of the literature Report to the US Department of Education, Office for Career Technical and Adult Education

Creating Pathways to Leadership: An Academy Model for Leadership Development in Career Pathways Implementation for Career and Technical Education White paper commissioned by the US Department of Education, Office for Career Technical and Adult Education