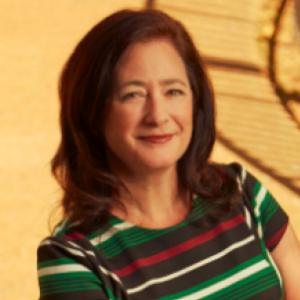 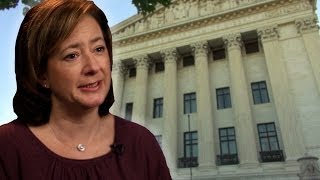 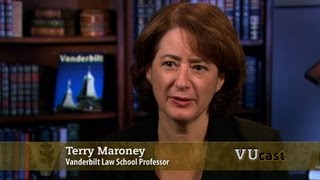 Terry Maroney’s research focuses primarily on the role of emotion in law. She was selected as a Fellow of the Center for Advanced Study in Behavioral Sciences at Stanford University to pursue a theoretical and empirical investigation on the role of emotion in judicial behavior and decision-making; she will continue that work as a 2017-19 Vanderbilt University Chancellor’s Faculty Fellow. Her scholarship on judges’ emotions—including “Angry Judges,” “Emotional Regulation and Judicial Behavior” and “The Persistent Cultural Script of Judicial Dispassion”—has been widely read by both judges and scholars of judicial behavior. Professor Maroney works closely with the Federal Judicial Center, both offering regular emotion-regulation workshops for newly-appointed federal judges and co-directing the annual Mid-Career Seminar for U.S. District Judges, an innovative program she developed with Judge Jeremy Fogel, who directs the FJC. She has worked on issues of emotion and its regulation with state court judges as well, in jurisdictions ranging from Alaska to Florida, and frequently lectures on these topics internationally. In her work, Professor Maroney relies heavily on interdisciplinary research, particularly psychology. Reflecting both that interdisciplinary grounding and her legal practice experience, she has also written and lectured extensively on juvenile justice topics, particularly adolescent brain science. Professor Maroney teaches a course on wrongful conviction, another area in which she has practiced. Prior to joining Vanderbilt's law faculty in 2006, she held academic fellowships at New York University School of Law and the University of Southern California Gould School of Law, litigated at WilmerHale, served as a Skadden Fellow at the Urban Justice Center, and clerked for Judge Amalya L. Kearse on the U.S. Court of Appeals for the Second Circuit. Before earning her J.D. summa cum laude at New York University, she worked as a rape crisis counselor, HIV educator and advocate for crime victims.

As youths charged in Kyle Yorlets' death head to court, new details emerge about their past

“Of course there was a flurry of shock and outrage and sadness,” said Vanderbilt Law School professor Terry Maroney. “What I’d like to see us do in response to that is have a very tailored response and solution."

“She is being freed at a moment in which we have gotten back to the historical recognition of the fact that youth matters,” Maroney said. “She can be a symbol of the direction that we should be continuing to go in juvenile justice.”

The real meaning of judicial temperament

Because these qualities are hard to measure, suitable temperament can seem like a mysterious and elusive quality, more a gut feeling than anything else. Some argue that it’s a kind of smokescreen, code for whether or not a person is popular rather than qualified. As Vanderbilt University law and medicine professor Terry Maroney points out in the introduction to a 2018 article posted on the University of California-Berkeley law school site (pdf), “Judicial temperament is simultaneously the thing we think all judges must have and the thing that no one can quite put a finger on.”

Frustrated judges are more likely to “look for wiggle room and try to find solutions that will allow them to sleep at night, ”said Terry Maroney, a Vanderbilt Law School professor who studies judicial decision-making.

A Field Evolves: Introduction to the Special Section on Law and Emotion Emotion Review

"In contemporary Western jurisprudence it is never appropriate for emotion - anger, love, hatred, sadness, disgust, fear, joy - to affect judicial decision-making. A good judge should feel no emotion; if she does, she puts it aside."