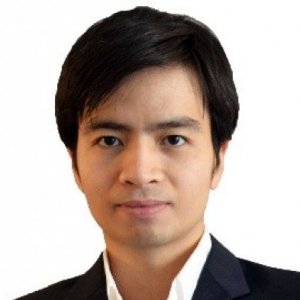 Nguyen joined the Departments of Mechanical Engineering and Biomedical Engineering at UConn at the beginning of 2016 after finishing his postdoctoral fellowship with Dr. Robert Langer at MIT. His research is highly interdisciplinary and at the interface of biomedicine, materials and nano/micro technology. He has invented and developed a platform technology which can create 3-dimensional microstructures of biomaterials, such as biodegradable polymers for applications in vaccine/drug delivery and medical implants. Recently, his research group has studied and developed a novel biodegradable piezoelectric polymer, which can be used to make a miniaturized implantable force-sensor for monitoring vital biophysiological forces. The sensor can be well-engineered to perform monitoring task and self-vanish after a defined lifetime. Dr. Nguyen’s work has been published in prestigious journals including Science, Nature Nanotechnology etc. and highlighted in major media such as The New York Times, BBC News, Fox News etc. He received several prestigious awards including the NIH Trailblazer Award for Young and Early Investigators, and the SME Outstanding Manufacturing Engineer Award.

The research has been led by Thanh Nguyen, a bioengineer at the University of Connecticut, who says he is cautious making the step up to experiments in humans. 'This is a fascinating result, but we need to test this in a larger animal, one with a size and weight closer to a human,' Nguyen said. If the technology were to pass clinical trials, it could ease the pain for people with osteoarthritis, the most common type of arthritis in the UK, affecting nearly 9 million people.

Bacteria Found in Nuclear Reactors Could Be the Secret to Faster, Cheaper Vaccines

When asked to independently review some of Daly’s published research for this article, Thanh Nguyen, a mechanical engineer at the University of Connecticut whose work focuses on tiny biodegradable structures for vaccine delivery, described this manganese complex method as “really exciting” and “definitely significant.”

One vaccine injection could carry many doses

MIT engineers have invented a new 3-D fabrication method that can generate a novel type of drug-carrying particle that could allow multiple doses of a drug or vaccine to be delivered over an extended time period with just one injection. The paper’s lead authors are postdoc Kevin McHugh and former postdoc Thanh D. Nguyen, now an assistant professor of mechanical engineering at the University of Connecticut.

Every childhood vaccine may go into a single jab

A technology that could eventually see every childhood vaccine delivered in a single injection has been developed by US researchers.

Plastic cubes injected into the body could replace booster shots

It might be small, but it packs a mighty punch. By cramming vaccines into microscopic containers that release their loads after a preset amount of time, we may have found a way to deliver a vaccine and a booster shot all in one injection. Kevin McHugh at the Massachusetts Institute of Technology and his colleagues have come up with a way of making drug-carrying particles that allow multiple doses of a vaccine to be delivered over weeks or even months.

One shot for all vaccines? Study holds promise

Potential good news for kids—and the parents who hate to watch them squirm when faced with a needle. Researchers at the Massachusetts Institute of Technology have developed a technology that could allow childhood vaccines—for everything from polio to measles, mumps, and rubella—to be combined into a single injection, reports the BBC.

A new technique allowing drugs or vaccines to be encapsulated within tiny biodegradable particles could see an end booster jabs.

2013 Piezoelectric nanowires are an important class of smart materials for next-generation applications including energy harvesting, robotic actuation, and bioMEMS. Lead zirconate titanate (PZT), in particular, has attracted significant attention, owing to its superior electromechanical conversion performance. Yet, the ability to synthesize crystalline PZT nanowires with well-controlled properties remains a challenge...

2013 Electromechanical effects are ubiquitous in biological and materials systems. Understanding the fundamentals of these coupling phenomena is critical to devising next-generation electromechanical transducers. Piezoelectricity has been studied in detail, in both the bulk and at mesoscopic scales. Recently, an increasing amount of attention has been paid to flexoelectricity: electrical polarization induced by a strain gradient...