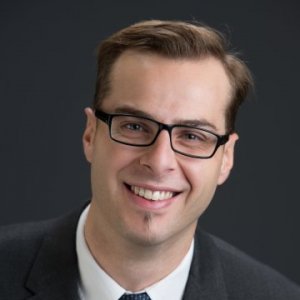 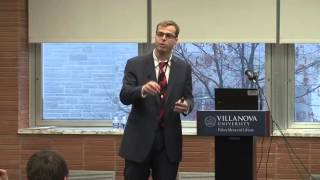 Professor Arapis focuses on school district financing, local government fiscal savings, international fiscal transparency and the practice of budgeting for the state-level bureaucracy. He has written recently on the need for charter school funding reform, particularly in Pennsylvania. Arapis has been featured in POLITICO, WalletHub, The Philadelphia Inquirer and The WorldPost.

On June 19, Pennsylvania celebrated the 20-year anniversary of Gov. Tom Ridge signing into law Act 22, which charged charter schools with the responsibility to improve, among others things, pupil learning and teaching pedagogy. In the fall of 1997, the first four charters - Harambee Institute of Science and Technology, Community Academy of Philadelphia, World Communications, and Youth Build Philadelphia - opened their doors in Philadelphia. Two decades later, close to 135,000 students attend one of the commonwealth's 177 charter schools (163 bricks/mortar and 14 cyber charters) operating within 27 counties.

Tax season can be stressful for many Americans, especially those who owe money to Uncle Sam. For more insight into the impact state and local taxes have on migration and public policy, we turned to a panel of leading tax and policy experts from colleges and universities across the U.S. Theodore Arapis, Assistant Professor of Public Administration at Villanova University: Do people consider taxes when deciding where to live? Should they? Arapis: Not sure that everyone does, but they should. Taxes have a great impact on our day-to-day life and wellbeing.

Commentary: Pa. has more to do on school funding fairness

Pennsylvania needs to take a crash course in school funding fairness. That's one conclusion drawn from the 2016 National Report Card (NRC), which gave the Keystone State a D for its inequitable funding system. Although ranked among states that generally provide high fiscal support to their school districts, Pennsylvania is in the unenviable company of 13 other states deemed regressive in their school-funding levels.

D.C. schools have high hopes for their study abroad program

More than three quarters of the district’s students qualify for free or reduced lunch. Theodore Arapis, an assistant professor in Villanova University’s Department of Public Administration, said study abroad programs “are typically offered through national level programs or philanthropic organizations, and mostly attract students from affluent families.” D.C.’s program is “remarkable,” Arapis said, in that it provides this opportunity to large numbers of low-income students.

Not all walls divide. Consider what's happening in response to the Greek financial crisis. Since the advent of the crisis, poverty and inequality have spread like a viral infection. According to Eurostat, a provider of statistical information to the European Union, one out of three Greeks risks living in poverty. This statistic is higher than in most EU countries, with the exception of Bulgaria and Romania, where the risk of falling under the poverty line reaches 40 percent.

The American Review of Public Administration

A Glimmer of Optimism in Government Savings Accumulation? An Empirical Examination of Municipal Unassigned Fund Balance in Florida