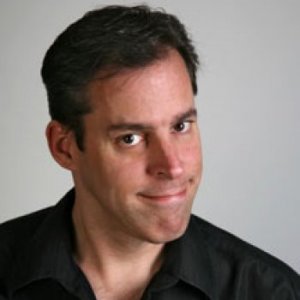 
The Amazing Guy - Take your life from "mild-mannered" to "SUPERHERO" faster than you ever thought possible! 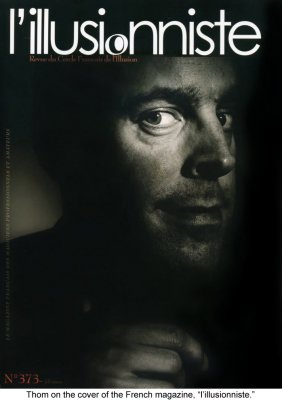 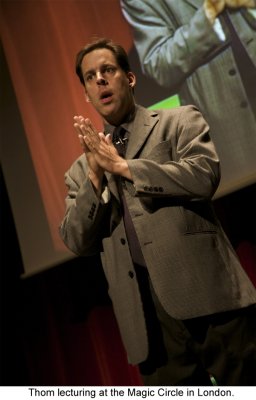 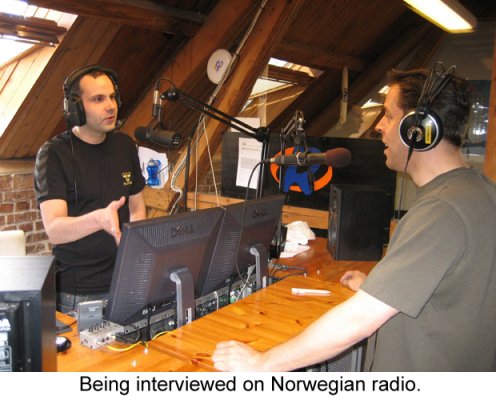 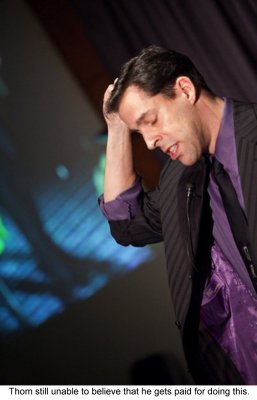 Thom's interest in performing began at the tender age of 5 when he saw his first magician on television. After having been surprised by his parents with a magic kit and a trick deck of cards for Christmas that year, he quickly began driving his parents and family members stark-raving-mad as he continually pestered them with his "performances".

Being lucky enough to have two loving and devoted parents with tastes for the finer things, he was brought up on a steady diet of the Marx Brothers, Carol Burnett, Dick Van Dyke and loads of old time radio programs. On his own, Thom quickly developed a taste for the Addams Family, The Munsters, Universal and Hammer Horror, and all things creepy and spooky. Through that, he gained an insight into, and appreciation of special effects and horror make-up. Make-up luminaries like Dick Smith, Rick Baker and Lon Chaney taught Thom that there was more than one way to fool an audience.

In 1991 he graduated from the University of Wisconsin with a degree in Organizational Communications, with an emphasis in Corporate Training and Development. Thom quickly went on to become one of the most in-demand entertainers, for some of the nation's largest corporations.

Companies like Boeing, Xerox, Bank One, 3M and Lockheed Martin regularly call on Thom to help make their next event a smash. He has performed extensively throughout the United States, as well as Scandinavia, Europe, South America, Asia, the U.K., and Australia. He can regularly be seen in large and small theatres worldwide, and aboard some of the most premier cruise lines.

Thom is a member of London's Magic Circle (A.I.M.C.), and a member of the British Magical Society. He is a regular performer at the world-famous Magic Castle in Hollywood. In fact, he's one of the few performers to be authorized to perform in every showroom there.

Thom, his wife Annabel (Annabel's Art Page) and their cats Rufus & Maggie currently make their home in England and California.

Emphasis in Corporate Training and Development

Be Amazing & Be Remembered

Thom helps your people recharge their batteries by teaching them fun, easy-to-do, ice-breaking magic. Sprinkled in are insights and techniques for leaving a POSITIVE, LASTING IMPRESSION, both in social and business situations. In a society where we're all being treated like numbers on a level like never before, nothing could be more important than learning to stand out from the crowd. Thom will teach you and your people how to do just that!