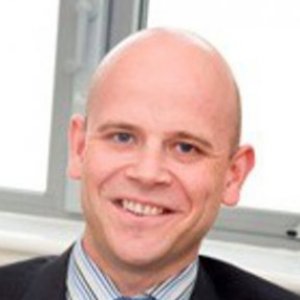 Thomas Barber researches the impact of human metabolism on development of obesity, and prevention and management of obesity and diabetes.

Winner of the University of Oxford Medical Sciences Divisional Research Prize in 2009.

Feel the burn: the science of boosting your metabolism

Have you ever watched a svelte friend inhale a plate of carbonara and thought: “I wish that I had their metabolism”? If you found yourself beginning the month with yet another failed diet under your belt (and a belt still on the same notch) it’s easy to feel that your metabolism is to blame.

Want to lose weight? It is all in the MIND: Study reveals overweight people who attend ‘mindfulness’ classes lose 6.2lbs more than those who don’t

Dr Thomas Barber, of the University Hospitals Coventry and Warwickshire NHS Trust, another researcher on the paper, said: ‘Mindfulness has huge potential as a strategy for achieving and maintaining good health and wellbeing.

How to lose weight: Mindfulness linked to shedding pounds

Dr. Thomas M. Barber, the study's senior author at the Warwickshire Institute for the Study of Diabetes Endocrinology and Metabolism at University Hospitals Coventry and Warwickshire NHS Trust, told Newsweek it was surprising how "easily mindfulness techniques could be taught in a group setting, and how compliant most of the participants in our study were."

Can you ‘speed up’ your metabolism?

"People do differ in their metabolic rate, but if you look at people's metabolism per unit or per kilogram of lean mass, then actually, metabolic rate in those terms is remarkably constant across the population," said Dr. Thomas Barber, an associate professor and honorary consultant endocrinologist at the University of Warwick and University Hospitals Coventry and Warwickshire in England.

From a medical perspective, obesity is defined simply by body mass index (BMI). BMI is the ratio between body mass (measured in kilograms) to height (in metres) squared, and expressed as kg/m2. The threshold differs for different groups.

2019 In this post hoc analysis of the randomized controlled LixiLan-O trial in insulin-naive patients with type 2 diabetes mellitus (T2DM) not controlled with metformin, with or without a second oral antihyperglycaemic drug (OAD), the efficacy and safety of the fixed-ratio combination, iGlarLixi (insulin glargine 100 U [iGlar] and lixisenatide [Lixi]), compared to its individual components was assessed in two patient subgroups: group 1) baseline HbA1c ≥9% (n = 134); group 2) inadequate control (HbA1c ≥7.0% and ≤9.0%) despite administration of two OADs at screening (n = 725).

2018 Recruitment of participants (n = 53, including n = 33 completers) from patients attending a tier 3-based obesity service at University Hospitals Coventry and Warwickshire. Each participant attended four group sessions, at which mindfulness-based eating behavior strategies were taught.

2015 Meal duration may influence cardiometabolic health. The aim of this study was to explore postprandial effects of meal duration on human metabolism and appetite.

Journal of Clinical Endocrinology and Metabolism

2014 Manipulation of human brown adipose tissue (BAT) represents a novel therapeutic option for diabesity. The aim of our study was to develop and test a novel magnetic resonance (MR) imaging-based method to identify human BAT, delineate it from white adipose tissue, and validate it through immunohistochemistry.

2012 Epidemiologic and genetic evidence links type 2 diabetes, obesity, and cancer. The tumor-suppressor phosphatase and tensin homologue (PTEN) has roles in both cellular growth and metabolic signaling. Germline PTEN mutations cause a cancer-predisposition syndrome, providing an opportunity to study the effect of PTEN haploinsufficiency in humans.

Journal of Clinical Endocrinology and Metabolism

2009 Polycystic ovary syndrome (PCOS) is characterized by hyperandrogenism, anovulation, and susceptibility to the metabolic syndrome. Altered peripheral cortisol metabolism has been reported in PCOS, but also in simple obesity.