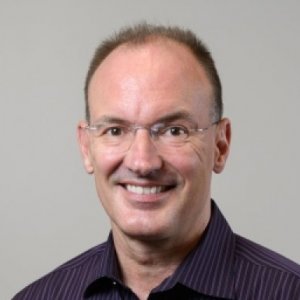 
Thomas Craemer is an expert on slavery reparations, racial bias and the psychology of racism.

There was a time reparations were actually paid – just not to formerly enslaved people, writes UConn Expert

Professor Thomas Craemer has used both traditional and new methods in survey research to investigate the psychology of race.

In 2015, Craemer estimated the value of slavery in the United States at between $5 and $14 trillion. The often-cited statistic uses a different approach from most previous economic models, which calculated the benefit of the work performed by enslaved people to their owners. Instead, he calculated the cost of slavery to the enslaved people themselves. “What the slave owner gained was only the 10 or 12 hours that the slave worked per day,” Craemer says. “But the enslaved lost all 24 hours of the day.”

He has also used reaction time measures to tap people’s implicit racial attitudes and published a number of papers based on that research. His paper on “Implicit Closeness to Blacks, Support for Affirmative Action, Slavery Reparations, and Vote Intentions for Barack Obama in the 2008 Elections” received the International Society of Political Psychology’s Roberta Sigel Award in 2010.

Between 2007 and 2012, he accompanied Department of Public Policy graduate students to do research and volunteer for Hurricane Katrina relief in New Orleans. In 2012 and 2013, Craemer took groups of students to Haiti to volunteer for earthquake reconstruction and conduct research on racial stereotypes in the U.S. media coverage of the 2010 Haiti earthquake. 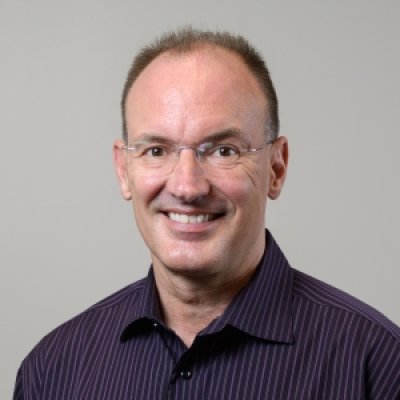 Advocates, lawmaker call for Biden to sign an executive order to study reparations

University of Connecticut professor Thomas Craemer has studied the topic of race and reparations for over 15 years. Craemer published study in 2015 estimating that the costs of slavery and loss of wealth through slavery cost a conservative estimate of $14.5 trillion through 2009, which didn’t account for inflation. His study also didn’t account for colonial slavery or the loss of wealth due to discrimination after slavery. Craemer told ABC News when H.R. 40 was introduced, it was a progressive idea, however he says with the amount of research into the impacts of slavery, “setting up a commission to study is not enough. The goal should actually include actual reparations payouts, as a stark starting amount rather than only studying it because they could be a delay tactic. Investment.”

After racial unrest across US Congress takes another look at reparations

University of Connecticut professor Thomas Craemer has studied the topic of race and reparations for over 15 years. Craemer published a paper in 2015 estimating that the costs of slavery and loss of wealth through slavery cost a conservative estimate of $14.5 trillion through 2009, which didn’t account for inflation. His study also didn’t account for colonial slavery or the loss of wealth due to discrimination after slavery. He said the recent stimulus checks might be the blueprint for how reparations could be doled out.

The blueprint the US can follow to finally pay reparations

“Using distance and time as an argument” against reparations is damaging, echoes Thomas Craemer, an associate professor of public policy at the University of Connecticut, “because it says if you commit a historical injustice and then you wait long enough, it doesn’t count anymore.”

How reparations would work today

Thomas Creamer, professor of public policy at the University of Connecticut, who has been studying reparations for two decades, said there are historical precedents of a sort, in which slave owners were compensated when slaves were emancipated. When slavery was abolished in the Caribbean by Great Britain, slave owners were paid the equivalent of 40% of the UK’s national treasury, he said. “Loans were taken out and paid back between 1833 and 2015.” “Haiti was forced to pay for abolishing slavery, from 1825 to 1947,” he said. These payments, the equivalent of $21 billion today, went to former French plantation owners. “France recorded all eligible recipients, owners, and their descendants. In Washington DC slave owners received reparations from the federal government of $300 per enslaved person for abolition of slavery in the District of Columbia.”

Other formulations are more modest. Research conducted by University of Connecticut associate professor Thomas Craemer amounted to an estimate of nearly $19 trillion (in 2018 dollars). As Craemer explains to W. Kamau Bell in Sunday's episode of "United Shades of America," he came up with that figure by estimating the size of the enslaved population, the total number of hours they worked and the wages at which that work should have been compensated, compounded by 3% interest. However, Craemer notes in a 2020 report that this estimated total is still conservative because he only deals with the slavery that happened from the time of the country's founding until the end of the Civil War, so his estimate doesn't account for slavery during the colonial period or the decades of legalized segregation and discrimination against Black Americans that followed emancipation.

Thomas Craemer, an associate professor of public policy at the University of Connecticut, used the same starting point — 40 acres and a mule — but a different method in a study published last year. He used the current average price of agricultural land and figured that 40 acres of farmland and buildings would amount to roughly $123,000. If all of the 4 million slaves counted in the 1860 census had been able to take advantage of that offer, it would have totaled more than $486 billion today — or about $16,200 for each descendant of slaves...

This is how slavery reparations could work, but we're not holding our breath

Thomas Craemer (University of Connecticut) calculated that slave labor would be worth about $5.9 trillion today. When you divide that by the number of black folks living in the U.S., we get $161,531.18 each. Simple. This is America though. We are a free market society that believes wholeheartedly in capitalism, so it’s only right that we include interest in this equation. Let’s go ahead and set the amount at a total of $8 trillion, meaning that each eligible person would receive $215,374.92. Since black people are not a monolith, the fund can be disbursed in one or more of the following methods according to the recipient, equaling the total amount owed:

Several Democratic candidates for president are supporting studies to award reparation dollars to descendants of slaves. Sens. Kamala Harris and Cory Booker are among them. Various news reports have suggested the taxpayers' tab might run anywhere from $10 billion to $100 billion. In the journal Social Science Quarterly, University of Connecticut researcher Thomas Craemer estimated that it would cost between $5.9 trillion and $14.2 trillion...

People are again talking about slavery reparations. But it's a complex and thorny issue

Other formulations are more modest, like a 2015 report by University of Connecticut assistant professor Thomas Craemer. He estimated that the labor of slaves was worth at least $5.9 trillion and perhaps as much as $14.2 trillion (in 2009 dollars). Craemer came up with that figure by estimating the monetary value of slaves over time, the total number of hours they worked and the wages at which that work should have been compensated. Craemer's number is also lower because he only deals with the slavery that happened from the time of the country's founding until the end of the Civil War, so it ignores slavery during the colonial period and the discrimination that blacks endured during the Jim Crow era...

Georgetown students vote in favor of reparations for enslaved people

Thomas Craemer, an associate professor at the University of Connecticut, said he does not know of other examples of members of a U.S. organization taking it upon themselves to pay reparations to the direct descendants of the enslaved...

The cost of slavery and its legacy of systemic racism to generations of Black Americans has been clear over the past year – seen in both the racial disparities of the pandemic and widespread protests over police brutality. Yet whenever calls for reparations are made – as they are again now – opponents counter that it would be unfair to saddle a debt on those not personally responsible. In the words of then-Senate Majority Leader Mitch McConnell, speaking on Juneteenth – the day Black Americans celebrate as marking emancipation – in 2019, “I don’t think reparations for something that happened 150 years ago for whom none of us currently living are responsible is a good idea.”

2018 This article compares German Holocaust reparations with reparations regarding slavery and the slave trade in the United States and beyond. I review many historical reparations measures (proposed and realized) making them comparable in 2016 U.S. dollars. Based on slave-ship manifests, I investigate how reparations for the slave trade may be distributed.

2017 This study detects statistically significant and substantively large stereotype threat effects that would remain hidden if Black identification were measured only explicitly. Three hundred and fifty-one students at Historically Black Colleges and Universities (HBCUs) were tested on an implicit Black identification measure in an online survey, and stereotype threat was manipulated beforehand by randomly presenting one of three introductory screens: an all-White research team (high-threat condition), an all-Black research team (low-threat condition), or no team picture (control condition).

2015 Public opinion research on slavery reparations suggests that support for slavery crucially depends on who is to receive reparations, from whom, in what modality, and for what reason (Craemer 2009a, 2009b; Dawson and Popoff, 2004). Otherwise, the connection is hard to see since the injured parties and proposed reparations recipients are separated by many generations.

Implicit Closeness to Blacks, Support for Affirmative Action, Slavery Reparations, and Vote Intentions for Barack Obama in the 2008 Elections

2014 Does pro-Black policy support require an individual to be unbiased? I distinguish two types of implicit attitudes based on whether the attitude-target is evaluated as an object (evaluative associations) or as an independent social agent (relational associations). In a series of studies (N = 3,073), a significant anti-Black evaluative association bias emerges.

2011 Obama's 2008 election offers an opportunity to study pro-black political support despite documented anti-black bias. We argue that black group-identification may lead to pro-black opinions, even among some whites. We investigate automatic identification using an implicit measure of mental self–other overlap (implicit closeness to blacks) administered before the 2008 election to an online panel (N=1,177).