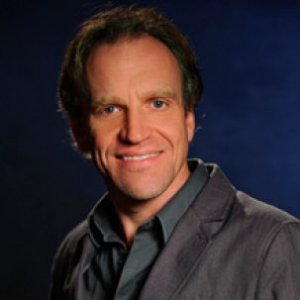 Tom Klein is a Professor and the Chair of Animation, serving from 2013 to 2020. His work on the avant-garde ‘mini-films’ of Shamus Culhane has been written about in The New York Times and Time Magazine, leading to subsequent appearances on TV and radio, including the BBC, Fox and CBC. His articles have appeared in such journals as Animation, Griffithiana, Animation Journal and Animation Studies. He appears in the film anthologies Animated Landscapes (UK) and What’s Up Tex? Il Cinema di Tex Avery (Italy).

He catalogued UCLA’s Walter Lantz archive and remains a scholar of this celebrated cartoon producer, whose Lantz Foundation is a primary donor to LMU Animation. Tom writes a blog for CartoonResearch.com. He was a consultant for Universal Cartoon Studios during the productions of Woody Woodpecker (FoxKids) and From the Earth to the Moon (HBO). You will also see him on-screen in the documentary Bird Gone Wild: The Woody Woodpecker Story.

Tom served as Director of Animation for Vivendi-Universal’s educational software division. He is the Advisory Editor for the Hyperion Historical Alliance Annual, an academic journal of Walt Disney studio history, and for many years served as a board member of the Society for Animation Studies. His role as both a film historian and professional animator provides him many insights on how classical training is applied to contemporary digital animation techniques.

That Noisy Woodpecker Had an Animated Secret

Story about a major donation to LMU from the Walter Lantz Foundation.