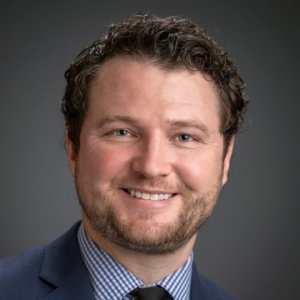 
Thomas Ksiazek's, PhD, research is focused on the media industry's constant evolution to satisfy the needs of its audience. 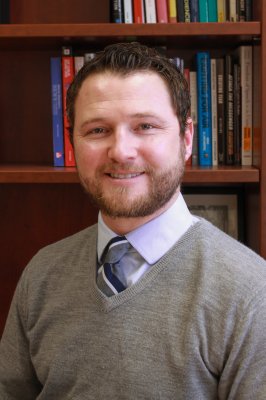 Network Analysis of Digital Media Use

Social and Political Implications of Media Use

Keeping pace with the rapidly morphing media industry while anticipating the adjustments it must make to satisfy the needs of its audiences is Dr. Ksiazek's specialty. He is knowledgeable about the various modes of multiplatform digital media and how they compete with and complement traditional media. Ksiazek is a good source for discussions about how communication education is changing to prepare the next generation of media practitioners.

Can Facebook’s campaign push users to the polls?

In a move to boost voting interest among those who aren’t currently registered, Facebook is urging its users to fulfill their civic duty in November by registering to vote now. "More and more, TV viewers are multitasking on their connected devices, primarily engaging on search and social sites while watching TV,” Thomas Ksiazek, a professor of communication at Villanova University, previously told The Christian Science Monitor. “By live-streaming the debate, Twitter is hoping to create a single platform for doing both – watching the debate and reacting to it – all in real-time."

"What is unique about experiencing a live event through Twitter is the potential for viewers to combine traditional lean-back viewing with the lean-in interactions that are commonplace on social platforms," Thomas Ksiazek, a professor of communication at Villanova University, tells The Christian Science Monitor. "More and more, TV viewers are multitasking on their connected devices, primarily engaging on search and social sites while watching TV. By live-streaming the debate, Twitter is hoping to create a single platform for doing both – watching the debate and reacting to it – all in real-time."

What Obama gets wrong about the media echo chamber

President Obama has had strong words for the press over the past few weeks, most recently at a dinner with journalists Monday night in Washington. He's blamed the news media for political polarization, arguing that journalists don't enough to challenge Americans' preconceptions. One forthcoming study by Thomas Ksiazek, who teaches journalism at Villanova University, demonstrates this point with data on how Americans get their news that Nielsen collected in March 2009. Partisans do have their preferred outlets, the data suggest. That month, the average Fox viewer spent nearly 17 minutes a day watching the channel's coverage, while the average person who watched CNN -- a more centrist outlet -- did so for an average of just over 6 minutes a day.

The nation is not degenerating into ideologically driven echo chambers in which citizens simply talk past one another, according to two upcoming academics studies. In sum, the studies in the Journal of Broadcasting and Electronic Media and the Atlantic Journal of Communication conclude that even political partisans consume both opposing views found elsewhere and a substantial amount of general interest news. "Yes, people self-select content that is in line with their beliefs, but they don't avoid opposing viewpoints, says Tom Ksiazek, an assistant professor of Journalism at Villanova University. "Republicans aren't en masse avoiding MSNBC or The Washington Post or New York Times or other outlets considered liberal."

Americans will spend anywhere from 40 minutes to an hour watching a TV drama like “24” or “The Good Wife,” but just seconds scanning any of the tens of commercials that support those shows. With that in mind, Arby’s in late May released a commercial about how it prepared meat that was 13 hours in length – more than ten times the amount necessary to eat the sandwich that would inevitably contain that protein. Just because an ad is dramatic and longer than consumers are accustomed doesn’t mean it will be watched. “Attention is becoming a scarcer resource as there is so much more competition for your attention on a daily basis,” said Thomas Ksiazek, a professor of communication at Villanova University who studies audience behavior and media use. “To go with something that is longer, on its face would seem to be counterintuitive,” he said. “I’m skeptical as to whether it will work on a larger scale,” he added.

Waterhouse Family Institute for the Study of Communication

2016 The proliferation of available media outlets provides unprecedented access to specialized content. This dynamic media environment facilitates the emergence of partisan selective exposure at the individual level. When aggregated, these selective choices can materialize as partisan audience polarization, defined by the use/nonuse of so-called “Red” and “Blue” news media.

Commenting on the News: Explaining the Degree and Quality of User Comments on News Websites

2016 Journalists and digital news audiences value virtual conversations about the news, but only if they embody civil discussion. Drawing on a content analysis of 1379 stories and 333,605 user comments across 20 news websites, this study focuses on predictors of the volume of comments (as an indicator of user engagement and interactivity with the news) and the relative quality of those discussions, in terms of civility/hostility. The analysis explores variations in the degree and quality of user comments across story content (topic; including outside sources), story format (multimedia features), journalist participation in commenting platforms, and organizational commenting policies. The results shed light on how journalists and news organizations might encourage more and higher-quality user engagement with the news.

2016 The abundance of political media outlets raises concerns that citizens isolate themselves to likeminded news, leaving the public with infrequent shared media experiences and little exposure to disagreeable information. Network analysis of 2008 National Annenberg Election Survey data (N = 57,967) indicates these worries are exaggerated, as general interest news outlets like local newspapers and non-partisan television news are central to the public’s media environment. Although there is some variation between the media diets of Republicans and Democrats (FOX News and conservative talk radio are central to Republicans’ information network), neither group appears to engage in active avoidance of disagreeable information. Individuals across the political spectrum are not creating partisan “echo chambers” but instead have political media repertoires that are remarkably similar.

Who you know in Hollywood: A network analysis of television writers.

Journal of Broadcasting and Electronic Media,

2016 “It’s who you know, not what you know,” is a familiar phrase—often repeated by professionals in Hollywood. The present study focuses on “who knows who” among Hollywood television writers. Using network analysis, this exploratory study identifies the degree of centralization and types of connections found in this elite writers’ network. Results show a great deal of collaboration in the network, and while male writers are more connected overall in Hollywood, women are more likely to be brokers—a structurally advantageous position. The authors provide explanations for collaboration patterns, especially with regard to gender differences in network roles, and propose avenues for further research.

Journal of Broadcasting and Electronic Media

The digital transformation of journalism enables new modes of interactivity with the news. While user comments are nearly ubiquitous across news Web sites, there is little understanding about how to improve the quality of discussion spaces that many characterize as hostile and vitriolic. This study uses a keyword content analysis of user comments across 20 news Web sites to understand the organizational policies that encourage more productive dialogue. The findings show that specific policies regarding user registration, moderation of comments, and reputation management systems are effective facilitators of civil discussion.