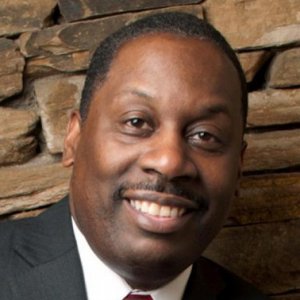 
Dean Thomas LaVeist's areas of expertise include U.S. health and social policy and the role of race in health research. 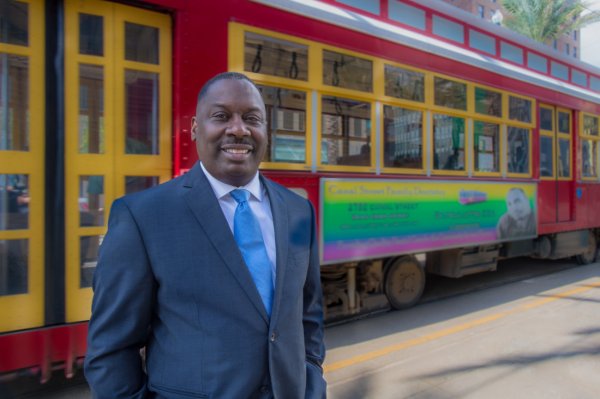 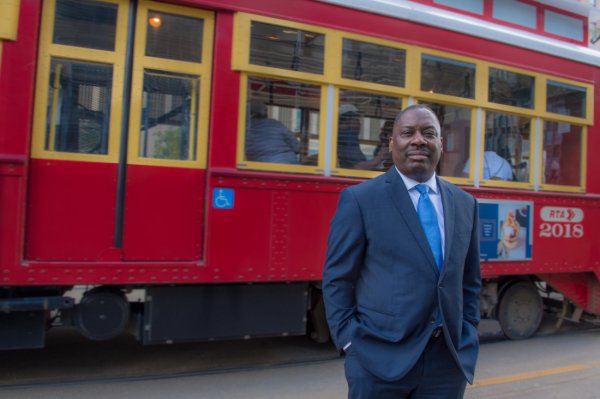 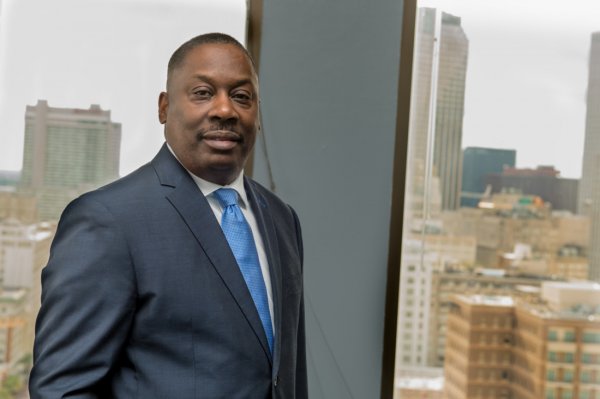 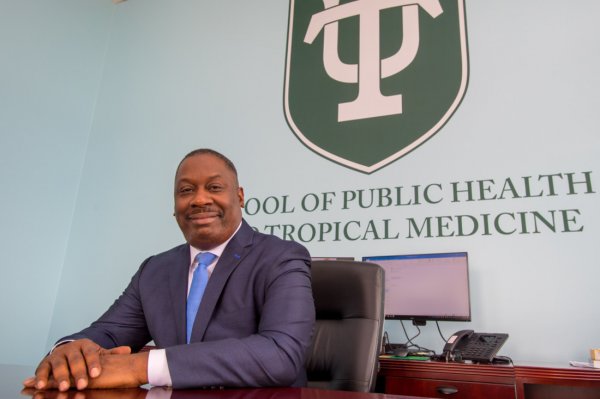 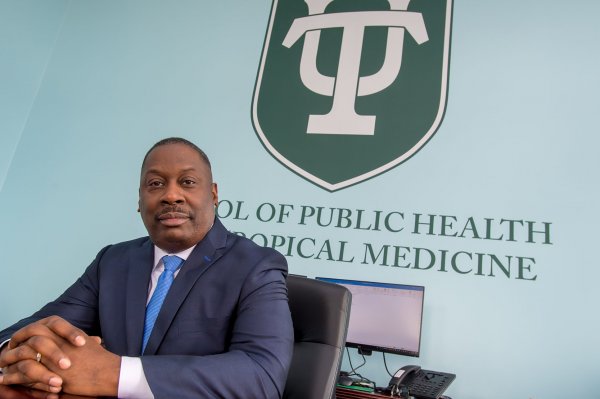 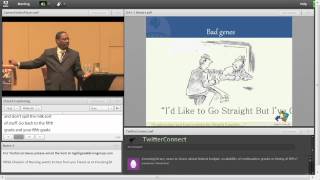 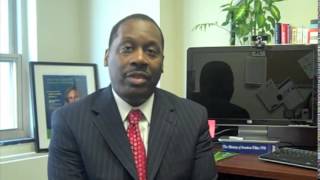 Dr. Thomas LaVeist is a leading researcher on the topic of health disparities and the social determinants of health, including areas such as U.S. health and social policy, the role of race in health research, social factors contributing to mortality, longevity, and life expectancy, and the utilization of health services in the United States. He is the Weatherhead Presidential Chair in Health Equity and dean of the School of Public Health and Tropical Medicine.

Dr. LaVeist’s research and writing has focused on three broad thematic research questions: 1) The social and behavioral factors that predict the timing of various related health outcomes (e.g. access and utilization of health services, mortality, entrance into nursing home; 2) The social and behavioral factors that explain race differences in health outcomes; and 3) The impact of social policy on the health and quality of life of African Americans.

Dean LaVeist came to Tulane from the Milken Institute of Public Health at George Washington University, where he was the chair of the Department of Health Policy and Management. He also spent 25 years at the Johns Hopkins School of Public Health, where he was the William C. and Nancy F. Richards Professor in Health Policy and the director of the Hopkins Center for Health Disparities Solutions. In addition to being dean at the Tulane School of Public Health and Tropical Medicine, he is also the Weatherhead Presidential Chair in Health Equity.

He holds a doctorate in medical sociology from the University of Michigan and is an elected member of the prestigious National Academy of Medicine. Dr. LaVeist has published more than 130 articles in scientific journals, focusing on the social and behavioral factors that impact health outcomes, and has engaged in these issues through lectures and articles in major media. He was also executive producer of the documentary The Skin You’re In, which explores the disparities between black and white health in America.

After spending the majority of his career in the northeast, he's excited about the opportunity to be at Tulane where he hopes the school - one of the foundational schools of public health in the country - can make a difference by helping to make both New Orleans and Louisiana healthier places to live.

Article of the Year – American Journal of Public Health

What it all comes down to, for Thomas LaVeist, a dean and professor of health policy and management at Tulane University, "is the fact that diet is cultural." To truly untangle the relationship between disease and the Southern diet, he says, you have to start by understanding African-American foodways...

Being Black in America Can Be Hazardous to Your Health

These kinds of changes in body chemistry aren’t limited to people living in poverty. Even well-off black people face daily racial discrimination, which can have many of the same biological effects as unsafe streets. Thomas LaVeist, the dean of Tulane’s School of Public Health and Tropical Medicine, has found, for example, that even among people earning $175,000 a year or more, blacks are more likely to suffer from certain diseases than whites are...

Former Johns Hopkins director Thomas LaVeist has been named the new dean of Tulane University's School of Public Health and Tropical Medicine, according to a news release sent out by the university on Tuesday (May 1)..

“It’s a constellation of things,” said Thomas LaVeist, chairman of the department of health policy and management at the George Washington University’s school of public health in Washington, D.C. “African-Americans couldn’t own land, wealth couldn’t transfer from one generation to the next. Those were advantages [for whites] that were formed decades ago”...

2016 Racial differences in physical activity among men are well documented; however, little is known about the impact of marital status on this relationship. Data from the National Health and Examination Survey (NHANES) 1999-2006 was used to determine whether the association of race and physical activity among men varied by marital status. Marital status was divided into two categories: married and unmarried. Physical activity was determined by the number of minutes per week a respondent engaged in household/yard work, moderate and vigorous activity, or transportation (bicycling and walking) over the past 30 days. The sample included 7,131 African American (29%) and White(71%) men aged 18 years and older. All models were estimated using logistic regression. Because the interaction term of race and marital status was statistically significant (p < .001), the relationship between race, physical activity, and marital status was examined using a variable that reflects the different levels of the interaction term. After adjusting for age, income, education, weight status, smoking status, and self-rated health, African American married men had lower odds (odds ratio = 0.53, 95% confidence interval = [0.46-0.61], p < .001) of meeting federal physical activity guidelines compared with White married men. Possible dissimilarities in financial and social responsibilities may contribute to the racial differences observed in physical activity among African American and White married men.

Distinguishing the race-specific effects of income inequality and mortality in U.S. metropolitan areas.

Racial segregation, income inequality, and mortality in US metropolitan areas

The association of doctor-patient race concordance with health services utilization

2003 We examined a national sample of African-American, white, Hispanic, and Asian-American respondents to test the hypothesis that when patients are race concordant with their physicians, they are more likely to utilize health services. The analysis used the 1994 Commonwealth Fund Minority Health Survey to construct a series of multivariate models. Using three dimensions of health services utilization, we found support for the hypothesis. Compared to patients whose regular doctors are of a different race, patients who are of the same racial or ethnic group as their physicians were more likely to use needed health services (OR=.62; 95% CI .46, .81); were less likely to postpone or delay seeking care (OR=.78; 95% CI .65, .94); and reported a higher volume of use of health services (OR=2.68; 95% CI 2.07, 3.45). Analysis within race-specific sub-samples found this pattern to be most consistent among white and African-Americans and less prevalent among Hispanic and Asian-Americans. Adjusting the models for health status and a variety of other known predictors of health care utilization did not substantially affect the relationship between doctor-patient race concordance and health services use.

Is doctor-patient race concordance associated with greater satisfaction with care?

Journal of Health and Social Behavior

2002 We examined a national sample of African American, white, Hispanic, and Asian American respondents to test the hypothesis that doctor-patient race concordance is predictive of patient satisfaction. Our analysis examined racial/ethnic differences in patient satisfaction among patients in multiple combinations of doctor-patient race/ethnicity pairs. Additionally, we outline the determinants of doctor-patient race concordance. The analysis used the 1994 Commonwealth Fund Minority Health Survey to construct a series of multivariate models. We found that for respondents in each race/ethnic group, patients who had a choice in the selection of their physician were more likely to be race concordant. Whites were more likely to be race concordant with their physician compared to African American, Hispanic, and Asian American respondents. Among each race/ethnic group, respondents who were race concordant reported greater satisfaction with their physician compared with respondents who were not race concordant. These findings suggest support for the continuation of efforts to increase the number of minority physicians, while placing greater emphasis on improving the ability of physicians to interact with patients who are not of their own race.