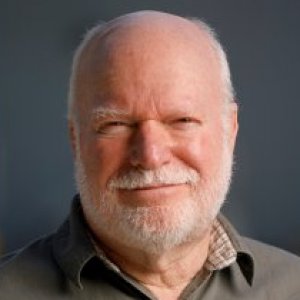 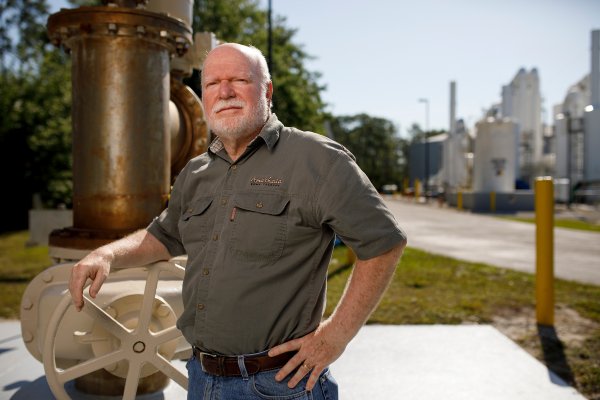 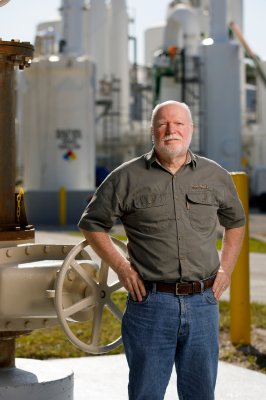 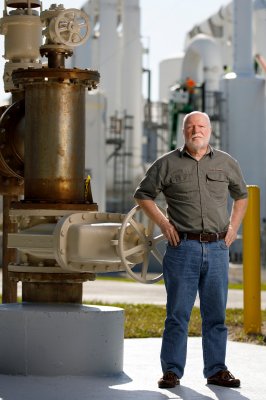 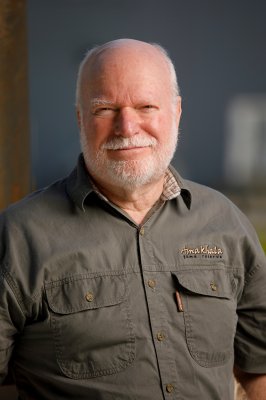 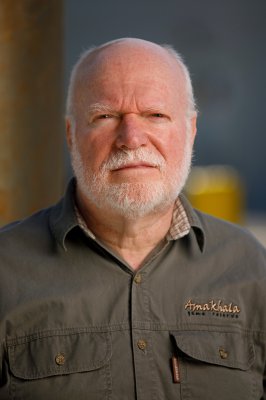 Thomas Missimer is the director of the Emergent Technologies Institute and an eminent scholar in hydrogeology and water resources in the U.A. Whitaker School of Engineering at Florida Gulf Coast University. He conducts research in hydrogeology, sedimentary geology, water resources management, and geochemistry. He currently has a project in coastal geology in Uruguay.

Thomas Missimer breaks down what effects the Saharan dust storm has on the environment.

A carbon neutral solution for desalination? Maybe so by tapping into geothermal

Thomas Missimer discusses his work on geothermal energy and desalination.

Thomas Missimer talks about the seabed filter system of a desalination plant in Fukuoka, Japan.

Thomas Missimer's experience as an entrepreneur and founder of Missimer Groundwater Science is discussed.

Dr. Missimer is conducting research on a wide range of topics including improvement of intake systems for seawater desalination systems; investigation of raw water quality changes induced by wellfield feeding brackish-water desalination systems in Florida; groundwater quality issues in Florida, including assessments of arsenic and naturally-occurring radiation; water policy issues; aquifer storage and recovery system design and modeling; geology of Florida, and coastal geology of Uruguay, South America. He is also collaborating with Saudi Arabian scientists on various projects involving the reduction of energy use and costs of desalination including the use of geothermal energy.

1994 Groundwater and environmental consulting company. Acquired by Camp, Dresser and McKee, Inc. in 1999.

1976 Groundwater and environmental consulting company. Became a public corporation at the end of 1991 and was later renamed ViroGroup, Inc.

The modal composition of sandstones has long been used as a tool for palaeotectonic and palaeoenvironmental analyses. Herein it is demonstrated that caution must be used when beach sand composition is utilized to assess tectonic provenances at both the local and continental scales. The occurrence of quartz arenites and compositionally mature sands along the coast of Brazil corresponds well to their passive margin location. However, modern sands from some beach locations in coastal Uruguay are less compositionally mature compared to the quartz arenites found in coastal Brazil. Along the beaches of Las Vegas and Parque del Plata, the composition of the beach and dune sands is impacted by the transport of continental outwash sediments derived from the Palaeozoic and Precambrian rocks in the interior to the beach by a low‐gradient stream, Arroyo Solis Chico, and the erosion of Pleistocene‐age formations that crop out on the beach and along an erosional scrap. The mean beach composition ratio of monocrystalline quartz to feldspar to rock fragments plus composite quartz grains is 67.5/8.0/24.5 compared to the ratio along the coast of Brazil at 86/4/10. The beach and coastal dunes environment studied is representative of about 35% of coastal Uruguay. At the smaller scale, changes in the textural properties of the beach and dune sands (grain‐size distribution and roundness) are caused by the addition of the sediment derived from erosion and stream transport. Porosity values show little influence and range between 0.35 and 0.36, but hydraulic conductivity is influenced to a greater degree, ranging from 18.5 to 31 m/day. Within one kilometre down‐drift of the river, the mean grain diameter and the mean hydraulic conductivity increase to the same values found in the up‐gradient area before influence of the sediment flux, due to the offshore transport of the finer sediment fraction during down‐gradient movement along the beach. The Arroyo Solis Chico area demonstrates that abrupt changes in composition and hydraulic properties can occur over short distances in sands deposited in passive margin environments. The potential for this local variability in sand composition and hydraulic properties should be considered in the analyses of ancient marine sandstones deposited in beach and coastal dunes environments.

Natural background and anthropogenic arsenic enrichment in Florida soils, surface water, and groundwater: A review with a discussion on public health risk

2018 Florida geologic units and soils contain a wide range in concentrations of naturally-occurring arsenic. The average range of bulk rock concentrations is 1 to 13.1 mg/kg with concentrations in accessary minerals being over 1000 mg/kg. Florida soils contain natural arsenic concentrations which can exceed 10 mg/kg in some circumstances, with organic-rich soils often having the highest concentrations. Anthropogenic sources of arsenic have added about 610,000 metric tons of arsenic into the Florida environment since 1970, thereby increasing background concentrations in soils. The anthropogenic sources of arsenic in soils include: pesticides (used in Florida beginning in the 1890’s), fertilizers, chromated copper arsenate (CCA)-treated wood, soil amendments, cattle-dipping vats, chicken litter, sludges from water treatment plants, and others. The default Soil Cleanup Target Level (SCTL) in Florida for arsenic in residential soils is 2.1 mg/kg which is below some naturally-occurring background concentrations in soils and anthropogenic concentrations in agricultural soils. A review of risk considerations shows that adverse health impacts associated with exposure to arsenic is dependent on many factors and that the Florida cleanup levels are very conservative. Exposure to arsenic in soils at concentrations that exceed the Florida default cleanup level set specifically for residential environments does not necessarily pose a meaningful a priori public health risk, given important considerations such as the form of arsenic present, the route (s) of exposure, and the actual circumstances of exposure (eg, frequency, duration, and magnitude).

2018 Seawater reverse osmosis (SWRO) desalination has some environmental impacts associated with the construction and operation of intake systems and the disposal of concentrate. The primary impact of conventional open-ocean intake systems is the impingement and entrainment of marine organisms. These impacts can be minimized by locating the intake in a geographic position where oceanic productivity is low. Velocity-cap intakes tend to reduce impacts by minimizing the number of fish entrained and some new traveling screens can allow the survival of some marine organisms. Mitigation, such as environmental restoration of habitat or restocking, can provide an acceptable solution to impacts where they are significant. Subsurface intake systems avoid impingement and entrainment impacts, but can cause other, less important impacts (e.g., visual, beach access). Concentrate disposal can locally impact benthic communities, if poorly diluted discharge is allowed to flow across the marine bottom. Impacts to benthic communities from concentrate discharges can be minimized by using properly-designed diffuser systems, designed and located based current and flow modeling.

Technical review and evaluation of the economics of water desalination: Current and future challenges for better water supply sustainability

2013 Desalination capacity has rapidly increased in the last decade because of the increase in water demand and a significant reduction in desalination cost as a result of significant technological advances, especially in the reverse osmosis process. The cost of desalinated seawater has fallen below US$0.50/m3 for a large scale seawater reverse osmosis plant at a specific location and conditions while in other locations the cost is 50% higher (US$1.00/m3) for a similar facility. In addition to capital and operating costs, other parameters such as local incentives or subsidies may also contribute to the large difference in desalted water cost between regions and facilities. Plant suppliers and consultants have their own cost calculation methodologies, but they are confidential and provide water costs with different accuracies. The few existing costing methodologies and software packages such as WTCost© and DEEP provide an estimated cost with different accuracies and their applications are limited to specific conditions. Most of the available cost estimation tools are of the black box type, which provide few details concerning the parameters and methodologies applied for local conditions. Many desalination plants built recently have greater desalinated water delivery costs caused by special circumstances, such as plant remediation or upgrades, local variation in energy costs, and site-specific issues in raw materials costs (e.g., tariffs and transportation). Therefore, the availability of a more transparent and unique methodology for estimating the cost will help in selecting an appropriate desalination technology suitable for specific locations with consideration of all the parameters influencing the cost. A techno-economic evaluation and review of the costing aspects and the main parameters influencing the total water cost produced by different desalination technologies are herein presented in detail. Some recent developments, such as the increase of unit capacity, improvements in process design and materials, and the use of hybrid systems have contributed to cost reduction as well as reduction in energy consumption. The development of new and emerging low-energy desalination technologies, such as adsorption desalination, will have an impact on cost variation estimation in the future.