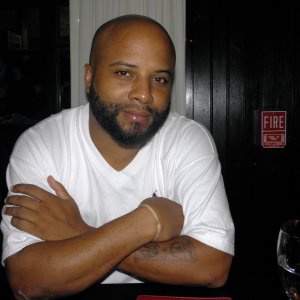 Thomas Overton is an ambitious entrepreneur, Author, and screenwriter who simply stumbled upon his ability and career as a writer. With no real experience, he embarked on a journey that would lead him to being a published author and a journeyman.

Tom's love affair with writing began while he was a Business Major, studying full-time at Drexel University. Several of his college professors told him that they enjoyed reading his work and that he was a good writer. Tom had written numerous term papers and his professor’s complements began to spark his writing interests. While attending college, Tom got into some trouble with the law and was sentenced to do two years in prison. His college education had to wait while he paid his debt to society. While incarcerated, Mr. Overton decided to put his skills to use and practice the talents he had been praised for while attending college. The talent of being a good writer.

In order to avoid insanity, depression, and boredom often caused by incarceration, Tom came up with a writing concept that one of his fellow inmates thought would be a great movie. Since he didn’t know how to structure a movie script, he had David Trottier's "Screenwriters' Bible" sent to where he was being housed. Tom studied the screenwriting book from front to back. At the completion of his two-year bid, he'd written four complete screenplays, eleven synopses, and thirty-two titles.

Since his release, Tom has bought himself to the industry. He decided to convert one of his completed screenplays, composed while in prison, into a novel. While writing the book, Tom met an independent publisher who liked the story and decided to publish it. The debut novel is called "Murder With A Deadly Weapon". IN STORES NOW!!!

His second novel, "Keys to the Franchise," third book titled, "Infidelity," and fourth one titled, "The Interview of a Nobody," will be released in 2012 through his own publishing house called Live2Die Publishing. His company came from Tom's vision of seeing more Urban books converted into film. Tom reaches out to urban authors to publish their novels and convert them into scripts. He then shops the movie scripts or produces them himself into independent films. Alot more than an author, Tom is a visionary leading the Urban Author into the next generation. Currently, to coincide with his publishing business and film endeavors, Mr. Overton works as a freelance writer and ghostwriter for hire.

How to Publish Your First Novel