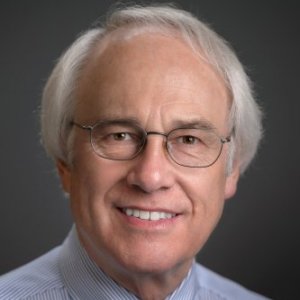 
Thomas Toppino, PhD, is an expert in practice in learning and memory, and visual perception of reversible ambiguous figures.

Practice in Learning and Memory

Exploring the many methods by which we learn and remember has been the focus of Dr. Toppino's long and distinguished career. Another area of specialty is the study of reversible ambiguous figures, visual patterns that create an optical illusion by causing a viewer's perception to alternate spontaneously between two markedly different interpretations. Research in this area promotes greater understanding of how external stimuli are organized and processed cognitively to create meaning.

How to study smarter

As I prepared to write this column, I relied on some pretty typical study techniques. First, as I’ve done since my student days, I generously highlighted key information in my background reading. Along the way, I took notes, many of them verbatim, which is a snap with digital copying and pasting … “We know that the act of retrieval is an extremely potent learning experience,” says cognitive psychologist Thomas Toppino, who chairs the department of Psychological and Brain Sciences at Villanova University. “We have tons of evidence about the relative effectiveness of retrieval as opposed to restudying.”

Some travellers along western Canada's Yellowhead Highway have noticed the route's logo bears a striking resemblance to U.S. President Donald Trump — and there's a good psychological reason behind it, according to experts. "It's freaky how much it really looks like him," said Winnipeg singer-songwriter Scott Nolan, who pointed out the similarities on social media. ... U.S. psychology professor Dr. Thomas Toppino said seeing Trump in the logo was similar to optical illusions where people can interpret two distinct images from one illustration.

Do you see shiny, oily legs or legs with white paint?

We aren’t going to compare this to The Dress that almost destroyed humanity over its ability to change colour from blue to white. But this is very good trick-of-the-eye picture that is currently doing the rounds on Twitter. ... Psychologist Tom Toppino explained: ‘When the scene is encountered again, sensory cues will again identify high information areas, but this time the prior knowledge needed to complete the perceptual act is readily available, and the perceptual interpretation is achieved in a way that seems automatic and perhaps inevitable’.

Things You Cannot Unsee (and What They Say About Your Brain)

I want to show you something simple your mind can do, which illustrates a fascinating emerging theory about how the brain works. First, look at this logo of the World Cup this year. ... But Villanova psychologist Tom Toppino has been studying phenomena like this for decades.

The Effect of Distributed Practice: Neuroscience, cognition, and education

Trends in Neuroscience and Education

Optimising Retention Through Multiple Study Opportunities over days: The benefit of an expanding schedule of repetitions

About practice: Repetition, spacing and abstraction

The Psychology of Learning and Motivation