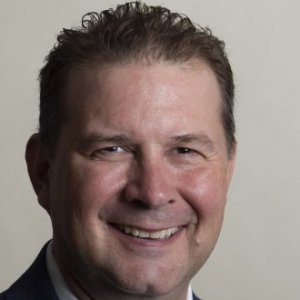 
Dr. Thomas J. Ward Jr. is a historian and Assistant Dean of the School of Arts & Sciences and author of two books.

Thomas J. Ward Jr. is Assistant Dean in the School of Arts and Sciences at Farmingdale State College. A native of Annapolis, Maryland, before coming to Farmingdale he was chair of the History Department at Spring Hill College in Mobile, Alabama. He also taught at Rockhurst University (Kansas City, Mo.), the Alabama School of Math and Science in Mobile, and University College Cork, in Ireland.

Dr. Ward has written numerous articles on African-American history, and the history of health care in the American South, and was project historian for the award-winning 1998-1999 public radio series, Mississippi Voices: A Trip Through the Twentieth Century. In 2003, the University of Arkansas Press published his first book, Black Physicians in the Jim Crow South. His most recent work, Out in the Rural: A Mississippi Health Center and its War on Poverty (Oxford University Press), was released in December 2016, and has received wide acclaim, including a starred review from Publisher’s Weekly and the 2018 Alpha Sigma Nu Book Award. He also authored a new foreword to the re-release of Robert Cole and Al Clayton’s classic work, Still Hungry in America.

Dr. Ward has received numerous awards for his work, including from the Association of American Publishers, Langum Charitable Trusts, Gulf South Historical Association, Mississippi Historical Society, and Virginia Military Institute. He is working on a book project on healthcare and the Civil Rights Movement. 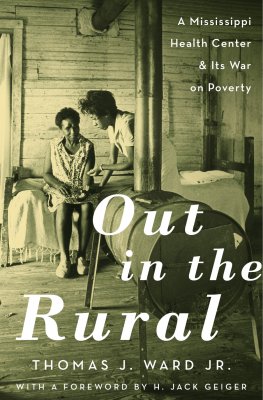 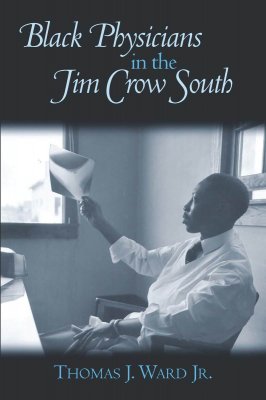 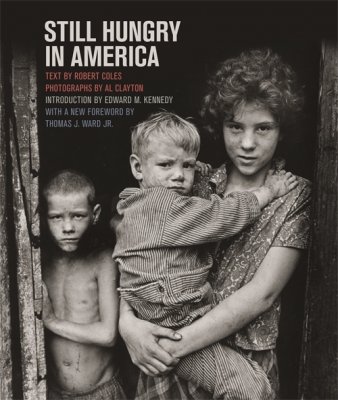 Alpha Sigma Nu Book Award, Jesuit Colleges and Universities, for Out in the Rural, 2018.

Honors Thesis: “The Suppression of Civil Liberties in Maryland During the Civil War”

“‘Of all the forms of inequality’: Health Care and the Civil Rights Movement"

Black POWs in the Korean War

Black POWs in the Korean War

Out in the Rural

The Journal of American History,  online

Newspaper interview regarding forward to the book Still Hungry in America

TV interview regarding forward to the book Still Hungry in America

“Out in the Rural: Where and How is Health Promoted?”

Radio/podcast interview regarding Out in the Rural

Radio/podcast interview regarding Out in the Rural

This comprehensive account examines the development of the African-American medical profession in the South. Under segregation, the white medical profession provided inadequate service at best to African American patients. Paradoxically, African Americans could gain financial success and upward mobility by becoming doctors themselves. This study tracks the rise of African- American medical schools, professional organizations, and hospitals. It also explores the difficulties that African- American physicians faced as an elite group within a subjugated caste, and the many ways in which their education, prestige, and relative wealth put them at odds with the southern caste system. Within the black community, in turn, this prestige often pushed doctors into the public sphere as business leaders, civic spokesmen, and political activists. Drawing on a variety of sources from oral histories to the records of professional organizations, this book illuminates the contradictions of race and class in the South and provides valuable new insight into class divisions within African-American communities in the era of segregation.

Out in the Rural

A Mississippi Health Center and its War on Poverty

reaking mission to provide medical care and be “an instrument of social change” in the impoverished Mississippi Delta region. This densely packed chronicle covers the growth of the Tufts-Delta Health Center from a small health clinic in 1967—opening amid skepticism from both black and white communities—to its unique role as a medical center and organizer of programs addressing rampant malnutrition, poor maternal and child healthcare, unsafe drinking water and sewage disposal, and hunger. Woven throughout are vivid portraits of the clinic’s founders, including H. Jack Geiger, the “father of community health”; community organizer John Hatch; environmental services director Andrew James; and farm expert L.C. Dorsey. Ward argues that the center’s true measure of success is its enduring legacy as one of the first of “more than 1,200 community health centers in the U.S.” Ward shows that “in both practical and symbolic terms, the Tufts-Delta Health Center was a radical assault on both the medical and social status quo”—and that story is as urgent today as it was a half century ago.