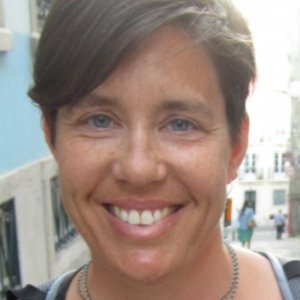 
Specializes in equity and inclusion. Uses policy analysis and collaborative research with women and LGBTQ people to examine urban change. 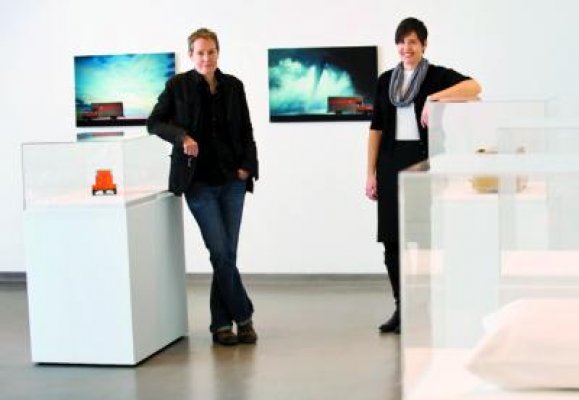 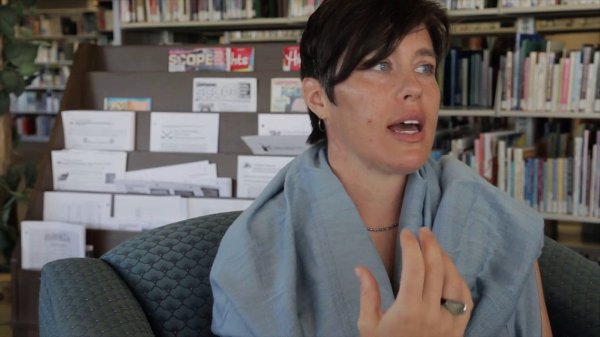 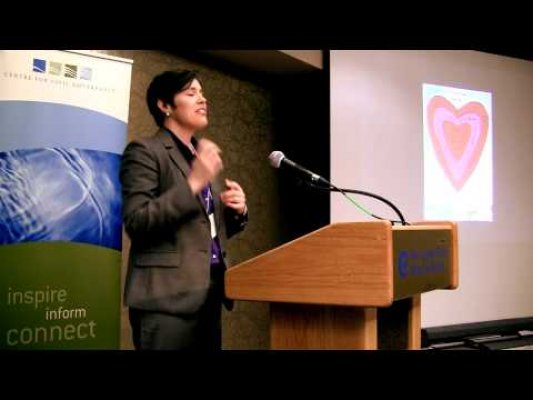 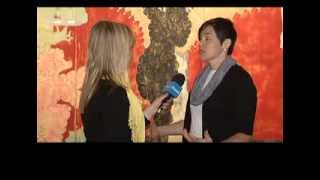 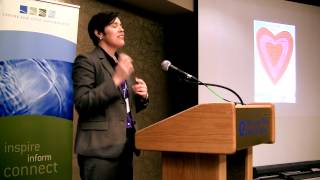 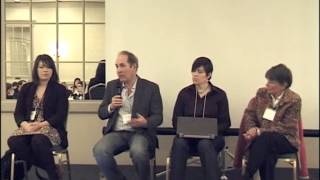 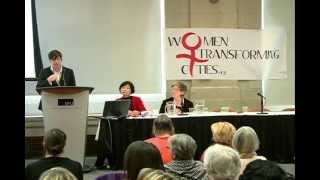 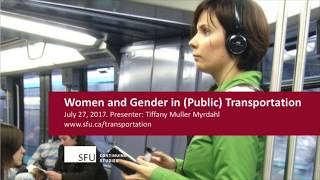 Tiffany Muller Myrdahl is an urbanist and feminist geographer. Her work combines interests in municipal social policy, participatory planning, and collaborative approaches to researching and responding to urban change.

Dr Muller Myrdahl completed her PhD in Geography with a Certificate in Feminist Studies at the University of Minnesota in 2008.

Geographies of social difference (with an emphasis on gender and sexuality)

Junior Chair in the Department of Gender, Sexuality, and Women’s Studies at Simon Fraser University

Women and Gender in (Public) Transportation

Transportation infrastructure and services are often assumed to be "gender neutral," where projects and services are assumed to provide an equal benefit to men and women, and where there is no significant difference in travel patterns, modes of access or participation in project planning, design and maintenance. In fact, when transportation data is disagreggated by gender, what becomes visible is how transportation policies affect women and men differently. In this webinar, SFU's Tiffany Muller Myrdahl will explain the use of disaggregated data to highlight gendered transportation patterns and discuss how gendered experience shapes transit use. Most importantly, this webinar will focus on what transportation planners and decision-makers need to know to develop policies that improve equity in access and provision of services. Moderated by Tara Gallen of City of Vancouver and instructor in SFU's Next-Generation Transportation Certificate.

Tiffany Muller Myrdahl is the Junior Ruth Wynn Woodward Chair in Gender, Sexuality & Women’s Studies (2012-15) at Simon Fraser University. Tiffany completed her PhD in Geography and a certificate in Feminist Studies at the University of Minnesota in 2008. Since 2008, she has been an Assistant Professor in the Department of Women and Gender Studies and an associate member of the Department of Geography at the University of Lethbridge. She is on leave from the University of Lethbridge during her tenure as the Junior RWW Chair. Tiffany’s research links urban, social, and feminist geography with a focus on social inclusion and feminist praxis. She employs a community-engaged qualitative research practice to examine the social and spatial processes that constitute and shape cities. Her scholarship has attended to sport-centred urban entrepreneurial policies; the social geographies and mobilities of marginalized communities, with an emphasis on women and LGBTQ populations; and the intersection between municipal social policy and participatory planning. Her academic publications can be found in Gender, Place and Culture; Social & Cultural Geography; Journal of Lesbian Studies; Leisure/Loisir; Leisure Studies; and ACME: An International E-Journal for Critical Geographies (forthcoming). Her recent work also includes chapters in Queerying Planning: Challenging Heteronormative planning practice (Ashgate, 2011) and in Stadium Worlds: Football, Space and the Built Environment (Routledge, 2010).

Last night members of the UBC community got together to talk about how to make their campus safer amid a recent string of sexual assaults, and a spike in assaults on Translink. Tiffany Muller Myrdahl teaches women and gender studies at SFU, and spoke to Global News about what was accomplished at last night’s forum...

“Unless there is a specific strategy in place, there is no incentive for municipal governments or corporate governance to think about how their policies, their budgets, these kind of things affect women and girls and marginalized communities,” said Dr. Tiffany Muller Myrdahl, Ruth Wynn Woodward Junior Chair in SFU’s Gender and Urban Studies Department for the 2012-2013 academic year, and an organizer of the event...

The lives of (sexual) others: Social difference and urban change in Lethbridge, Alberta

This Insight Development Grant supported research that involved the collection and analysis of stories of the city - including LGBTQ oral histories, city social policies, census data, and participatory planning documents. Its purpose was to examine the practices of, and changes in, LGBTQ lives in a small urban centre.

This is an academic article that asks how theorists think and write about lesbian, gay, bisexual, and queer (lgbq) lives. I write that a hierarchy continues to inform our understanding of lgbq lives, whereby the “gay metropolis” is situated at the top, looming over the many small cities and rural places outside of purportedly “welcoming” metropolitan centres. I argue that this hierarchy shapes our imaginations about cities and lgbq lives, despite evidence that counters the validity of the hierarchical order.

Politics “out of place”? Making sense of conflict in sport spaces

Despite their relevance to the function of sport and social relations, the spaces produced in and through sport practices and performances remain under-examined. Consequently, there is little engagement with the logics that are employed in sport spaces or with the shape and material form that such logics take in sport spaces. Likewise, there is only a modest sense of how social change works in and through sport space. I argue that more attention must be paid to the social spaces that are both produced through and are productive of the intersections of sport and social relations. Without this awareness, the ways in which cultural values are reproduced through game-day practices and spatialized discourses remain obscured. My discussion focuses on on-court activism of and reactions to US college basketball player Toni Smith who, in 2003, held a series of protests against the US involvement in Iraq. This case illustrates the discursive construction of sport spaces as apolitical and shows that sport space played a vital role in Smith's statement of dissent.

In this article, I use research on the lesbian fans of US women’s professional basketball (WNBA) to outline how a set of exclusive cultural politics (re)produces a curious form of self‐regulation amongst target consumers. I link leisure geographies and geographies of sexuality through an analysis of lesbian visibility to examine the ways that identity performance is shaped by the implicit cultural politics at work in WNBA arenas. I use Kenji Yoshino’s adoption of Erving Goffman’s term ‘covering’ to discuss the ways that normative ideologies are reinforced by management‐driven practices and by the self‐circumscribing practices of some lesbian fans. I show that covering is noteworthy as both an effect of marginalisation and as a mandate that encourages lesbian fans to reproduce the dominant discourse at work in WNBA arenas. I argue that act of covering illustrates the material effects of normative power relations and the ways that these effects are understood to be a natural outcome of an apolitical economic logic instead of the result of the decidedly political process of spatial production. I contend that attempts to cover give lesbian fans a false sense of power to regulate the reception of their bodies and their enactments of normativity.

This paper explores the investment in the discursive and spatial construct of ‘lesbian community’. This ‘community’ is identifiable through the social spaces of the Women's National Basketball Association (WNBA), where sport and community are connected descriptively and interpretively. To do so, this paper discursively examines fan comments that define WNBA spaces as sites of community. This conversation is situated within the material and discursive context of these spaces, which are continuously remapped as heteronormative by the WNBA. Consequently, this paper concludes that uses of ‘lesbian community’ discourse within heteronormatively coded spaces points to a key strategy of creating safe spaces in an oppressive social climate. Moreover, ‘community’ discourse can be read as an assertion of empowerment in a time and place when lesbian spaces have been integrated and sometimes dissolved into the urban landscape, and when there is no clearly identifiable ‘lesbian space’.

Liberty for All? Contested spaces of women's basketball

The Women's National Basketball Association is a professional women's basketball league that is notable for constructing a heteronormative ‘family friendly’ self-image while maintaining a sizable following of lesbian fans. This article examines this apparent contradiction through two case studies: a kiss-in protest by a group of New York WNBA fans, Lesbians for Liberty, and experiences by Minnesota Lynx lesbian fans of the marketing tactics and daily practices that regulate WNBA game spaces. By highlighting the socio-spatiality of the WNBA venue, it becomes clear how heteronormativity is naturalized, as well as accepted and resisted by lesbian fans in both New York and Minnesota. An overt act of resistance, however, failed to encourage the WNBA to reconsider its policies: the Liberty kiss-in, by situating lesbians as a counterpublic, foreclosed the range of attitudes held by lesbian fans. Moreover, as Minnesota Lynx fans demonstrate, WNBA spaces feel ‘safe enough’ to many lesbian fans. As a result, there remains a contest over the meanings and practices that define WNBA landscapes. To date, however, normative heterosexuality has contained the presence and visibility of the lesbian fan.

In Out in the Country, media scholar Mary Gray (2009. Out in the Country: Youth, Media, and Queer visibility. New York: NYU Press., 89) writes, ‘The image of rural spaces as inhospitable to public displays of queer difference is nearly monolithic'. Although it is now possible to point to several scholarly interventions that disrupt this image, its persistence is noteworthy. Thus, Andrew Gorman-Murray, Barbara Pini and Lia Bryant's edited volume Sexuality, Rurality and Geography is a welcome contribution to a growing field of work that demands a complicated reading of sexualities and intimacies in sites and places that are popularly understood as both resistant to the presence of non-normative sexualities and, more broadly, as the innocent foils to hyper-sexualised cities. The collection brings together both complementary and divergent analyses that locate and interrogate the connections between the themes of sexuality, rurality and geography. Organised around a four-section schema under the headings ‘Intimacies and Institutions', ‘Communities', ‘Mobilities' and ‘Production and Consumption', the chapters bring to life the salience of sexuality as a focus, whether in the rural imaginary, in rural places or in the production of the relational bonds between the rural and the urban. Chapter topics range from policy mobility in the UK, to the circulation of global rural iconography through the figure of cowboy masculinities, to the metaphorical migrations that take place in the coming out narratives of Swedish teen fiction, to the ways that sexuality is implicated within and beyond Australia's rural mining industry. Taken together, the chapters enact the editors' goal to advance ‘discussion and knowledge about the inherently dynamic and constantly changing nature of the rural, and the multiple, varied, and complex sexual subjectivities lived through corporeal experiences and virtual and imagined lives' (p. 219).

This text is a chapter in Petra Doan's (Editor) Queerying Planning: Challenging Heteronormative Assumptions and Reframing Planning Practice. Its purpose is to highlight how social difference - in this case, sexual difference - is deployed by cities to advance the development of creative economies. I argue that creative city strategies have specific, uneven effects for communities who are subsumed under the umbrella of sexual diversity.