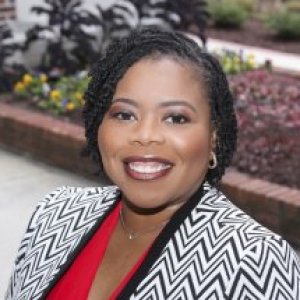 
A national expert and widely recognized leader in diversity and health equity research as it pertains to the COVID-19 pandemic. Are African Americans more at risk from COVID-19 than other Americans? Let our experts explain.

As an administrator and scholar, Townsend has received over $4 million in grants to conduct studies on populations of color, including sexual risk reduction interventions for African-American girls and career development/training programs for early- career scientists of color.

Her work in the field of diversity has been featured in several journals, books and media outlets, including the Los Angeles Times, Journal of Child and Family Studies, the Washingtonian and the Psychology of Women Quarterly.

Townsend earned her bachelor’s degree from Spelman College and her master’s and doctoral degrees from George Washington University. She is also a licensed clinical psychologist.

Diversity and inclusion in higher education

Psychologists discuss the importance of talking about race beyond the confines of a therapist's office.

Townsend discusses racial stress and the strategies to use to minimize its effects.

Townsend's webinar focused on what faculty are looking for in doctoral applicants.

This study was to examine the influence of parental efficacy, family coping, and adaptive family functioning on the development of racial identity among African American youth.