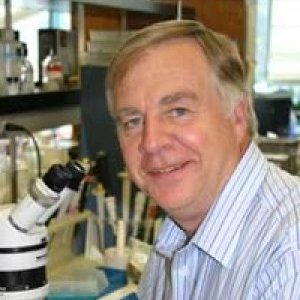 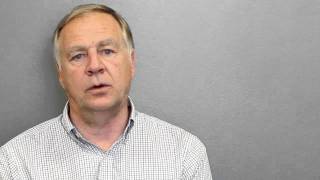 Tim Bradley's laboratory is engaged in studies of physiological ecology, the evolution of physiological processes, the physiology of respiration and energy metabolism, and conservation biology at salt lakes.

Tim Bradley, director of the UC Irvine Salton Sea Initiative, is studying algae as the lake grows saltier. He's concerned the state may be unprepared to deal with the dust as the lake shrinks.

Salton Sea: Fish and the birds that fed on them wiped out this winter

Tim Bradley crunched across a broad beach made of dead barnacles and fish bones. He bent down and stirred green slime, tinged with brown foam at the western edge of the vast lake unfurled before him. It was a sign for the longtime biologist that the much-maligned Salton Sea is alive.

The California Natural Resources Agency has named University of California, Irvine biologist Tim Bradley to the science advisory committee for the state effort to preserve its largest inland body of water.

2017 The critical thermal maximum (CTmax) of insects can be determined using flow-through thermolimit respirometry. It has been demonstrated that respiratory patterns cease and insects do not recover once the CTmax temperature has been reached. However, if high temperatures are maintained following the CTmax, researchers have observed a curious phenomenon whereby the insect body releases a large burst of carbon dioxide at a rate and magnitude that often exceed that of the live insect. This carbon dioxide release has been termed the post-mortal peak (PMP).

Starvation but not locomotion enhances heart robustness in Drosophila

2017 Insects and vertebrates have multiple major physiological systems, each species having a circulatory system, a metabolic system, and a respiratory system that enable locomotion and survival in stressful environments, among other functions. Broadening our understanding of the physiology of Drosophila melanogaster requires the parsing of interrelationships among such major component physiological systems.

Hypotheses regarding the discontinuous gas exchange cycle (DGC) of insects

2014 The evolutionary origin of the insect respiratory pattern referred to as the discontinuous gas exchange cycle (DGC) has been a topic of extensive discussion among insect physiologists for at least 50 years. This pattern has often been thought to reduce respiratory water loss (RWL). However, because this pattern does not consistently conserve water among all taxa, other hypotheses have been proposed to try and explain the significance of the DGC.

2013 Our understanding of insect respiratory control indicates that spiracular activity is regulated by two interacting feedback loops which respond to changes in internal pCO2 and pO2. Since spiracles open in response to a specific pCO2 threshold, the volume of CO2 released in a burst by a discontinuously respiring insect should remain constant. However, previous studies which manipulated metabolic rate via temperature found that burst volume decreases at high temperatures.

2013 Insects exchange respiratory gases via an extensive network of tracheal vessels that open to the surface of the body through spiracular valves. Although gas exchange is known to increase with the opening of these spiracles, it is not clear how this event relates to gas flow through the tracheal system.