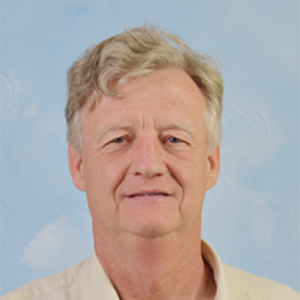 Tim Cairney, Ph.D., CA, is an associate professor of accounting at Georgia Southern University. He has an MBA from Dalhousie University and earned his professional designation from Institute of Chartered Accountants of Nova Scotia. Tim articled with Collins Barrow Maheu Noiseux and, subsequently, worked as controller for a small hospitality company. He returned for his doctorate at Virginia Tech, writing his dissertation on the credibility of voluntary disclosures. His research and publications concern voluntary disclosures, the market for audit services, and how industry competition impacts these areas. His teaching interests include performance measures and the how management accounting systems impact the achievement of goals.

Review of Accounting and Finance

Auditing: A Journal of Practice & Theory

2015 This study examines the relationship between a client industry's homogeneity and audit fees. We assume that audit efficiencies occur in audits in industries whose members have similar operations and, therefore, are where auditors benefit from the use of similar audit procedures and experience lower average audit costs. To identify industries with similar operations, we use operational expense homogeneity, which is based on the correlations between the changes in operating expenses among industry members. Adapting a standard fee model (Hay, Knechel, and Wong 2006), we find that homogeneity is negatively associated with audit fees. Further, we find that specialist auditors charge lower fees in homogenous industries. Finally, we observe a lower standard deviation of fees in more homogenous industries. Together, these results suggest that auditors sustain lower costs in audits of homogenous clients and that the similarly lower costs incurred across auditors are passed on to clients in the form of lower fees.

2009 This study compares the homogeneity of industry members when classified under the Standard Industry Classification System (SICS) and when classified under the North American Industry Classification System (NAICS). Homogeneity is measures as (1) correlations of operating expense changes and of revenue changes, and (2) variability of inventory, debt, and depreciation policies among member firms. Firms are identified as from SIC-defined industries and from NAICS-defined industries and the sets of industry members are compared. The conclusion from the tests is that NAICS industries are more homogeneous than SICS industries.

Journal of Cost Analysis and Management

2006 This study examines three factors that influence support cost allocations: the complexity of the support service usage, the accounting system capability, and management beliefs about the usefulness of allocations. We find that support cost allocations are generally inadequately incorporated into most cost systems, and when they are, it is because of financial management’s beliefs that the information is useful.

Homogenous Industries and Auditor Specialization: An Indication of Production Economies

Auditing: A Journal of Practice & Theory

2005 This study examines support department cost allocations in the Healthcare Industry. The topic is of current interest to both accountants and to healthcare administrators because of recent innovations in the design of management accounting systems. Using a survey of Georgian healthcare firms, the results indicate that sophisticated support cost methods are used less than may be expected given the complexity of the healthcare firms' operations. This result is documented despite the historical presence of support cost allocations through such industry practice as Medicare cost reports. Respondents indicate that the employment of cost allocation methods is determined internally by the financial management.

Supplier Behavior in the Audit Market

1992 This paper synthesized empirical results about auditor concentration, audit fee, and auditor choice to produce a picture of what is known and what remains to be learned about the audit market structure, determinants of that market structure, and CPA firm behavior and performance in the United States. The economics of industrial organization provides a conceptual framework for organizing this topic.