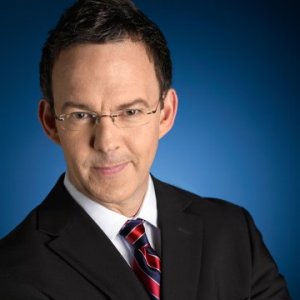 Tim Washer has presented at SXSW, The Wall Street Journal Digital Download and Harvard Business School. His social media work has been covered by Advertising Age, ADWEEK, NPR and The New York Times. He He holds an MBA from the University of Texas, where he learned PowerPoint. Tim’s comedy writing/acting credits include The Late Show with David Letterman, Late Night with Conan O'Brien, SNL and The Onion SportsDome. He leads social media for Cisco Systems Service Provider division, and previously served as Head of Social Video for IBM's Smarter Planet Campaign.

Humanizing the Brand With Social Video and Humor

The University of Texas at Austin - The Red McCombs School of Business: MBA, Technology, Marketing 1996

Thanks so much for a great talk today. It was very informative and inspiring. I know you went above and beyond for us

As a panelist on Capitol Hill and The White House, your reflections on the role of comedy were a great benefit. And as the emcee, your humor, quit wit and probing questions energized the audience of congressional staff members.

Tim got people laughing, enthused, and eager to discuss what had seemed to be the dry topic of B2B marketing. He knows how to energize an audience and get them thinking creatively and differently about their toughest business challenges. I can't give TIm enough praise, he is one of the few out there that truly 'gets it'.

Your satirical insight into the food industry was both thought-provoking and side-splittingly hilarious! We especially loved the "7 Habits of Food Technologists" PowerPoint.

Humanizing the Brand with Social Video and Humor

The Future of Brand Storytelling

Research shows that nearly 73% of people who read corporate blogs are in fact people. And one of the strongest connections we can make with another human is to make them laugh. We'll share a few comedy lessons learned from freelancing on The Onion and Conan and show how those rules can be used to create corporate social media content to breaks through the clutter. We’ll share case studies on how humorous corporate videos earned headlines in the New York Times and inclusion on ComedyCentral.com