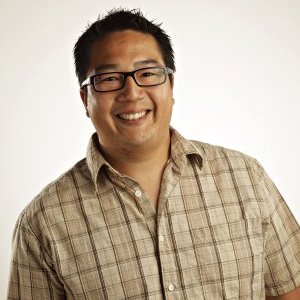 
Tim Yu has provincial and national experience and expertise with collegiate sports, coaching and athletics.

Tim Yu is the Manager of Athletics at Cambrian College. He is responsible for the operation of the campus Athletics Centre and the College's varsity athletics programs, as well as intramural sports and student recreation.

He works with students, faculty and staff, coaches, and student athletes. He also acts an advisor to elected student representatives with the Cambrian Athletics Association (CAA).

Prior to taking on the role of Athletics Manager in February, 2016, Tim spent six years as College's Athletics Coordinator.

Cambrian athletic director Tim Yu said he had several applications for the position. "We had a good amount to be able to make a sound decision," he said. "The timing worked out well for this one." Sewali made an impression on Yu. "What I like is her ability to communicate, fantastic communication and lots of energy," he said. "She's very ambitious and has that type of personality that you want to play for her. "Everyone has their different styles, but I like the ability to be humble about yourself and know there is room for growth and being good at what you do but knowing you can be better and to be open for input and criticism to become stronger," he said. While Sewali will only be a couple of years older than her charges, that is not a concern for Yu. In fact, he sees it as an advantage...

When it comes to Cambrian College, that staff numbers but two - director Tim Yu and varsity clerk Lori Salo. The fact the latter eventually migrated to a job that maintained some form of involvement with sport will come as little surprise to those who knew Salo in her youth...

Cambrian College's new athletic co-ordinator won't need a tour of his new digs. Cambrian grad and former Golden Shield badminton coach Tim Yu was introduced Wednesday as the person to take over from longtime former co-ordinator Bob Piche, who retired in the spring. Yu is a graduate of Cambrian from the physical fitness and leisure management program and has been with the college for the last 10 years as a student-athlete and as an employee with the athletics department on numerous levels...