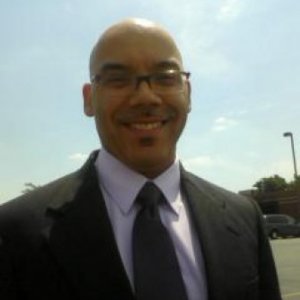 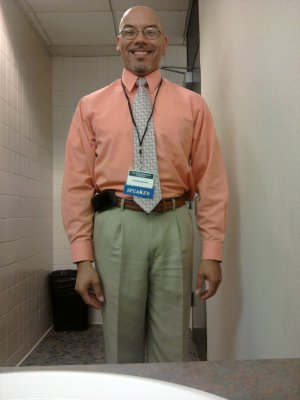 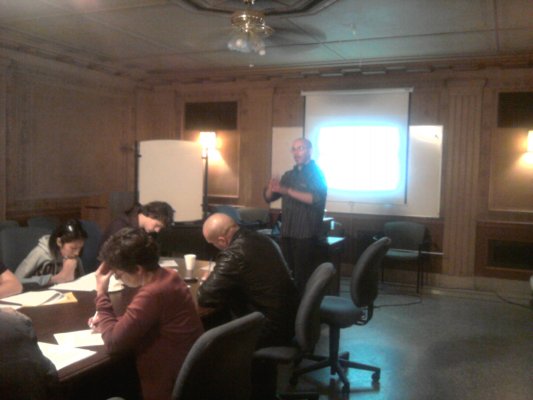 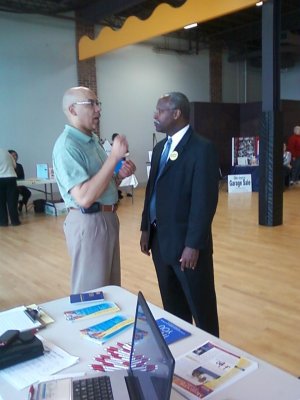 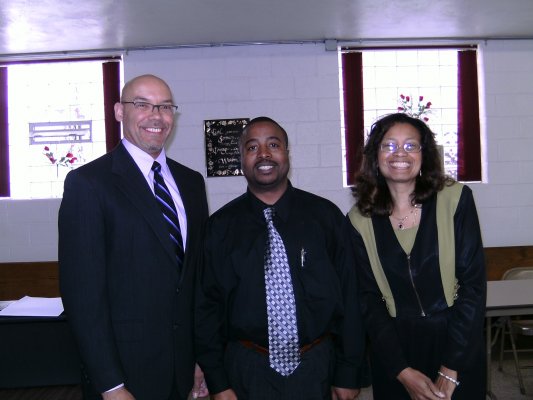 Timothy Johnson is the Community Outreach Coordinator for The Mentoring Center of Central Ohio, a non-profit agency dedicated to “increasing the quantity and quality of mentoring programs in our communities." Basically they want to reach more youth by helping develop more and better mentoring programs. Timothy trains program coordinators on how to establish high quality programs, according to national standards. He also trains the mentors themselves on ways to build lasting relationships with young people.

Originally from Milwaukee, Wisconsin, he spent ten years in the Air Force as a Security Specialist & Military Policeman. His duty locations included North Dakota, Saudi Arabia, The Netherlands, New Mexico, and Texas. He learned much about cultural nuances during his years in the military and his travels around the world. When his final enlistment ended, he relocated to Mansfield, Ohio, where he soon began working at Ashland University.

Tim finished his Bachelor’s Degree at Ashland University while working there. Called into ministry in 2002, he went on to Seminary at Ashland Theological Seminary. After Seminary, Tim worked in ministry as Director of Christian Education for The Presbyterian Church of Coshocton, Ohio. He moved to Tiffin, Ohio, two years later in order to be closer to family members who were suffering with illnesses and medical issues. There he worked mainly in public safety then leadership development. He relocated back to Mansfield in 2010 and travels around Northern Ohio seeking out mentoring programs.

He believes in serving the community and our fellow citizens. He was very active in the Coshocton community through collaborating and interacting frequently with agencies, including the Coshocton County (Ohio) Family & Children First Council and the Coshocton Behavioral Health Choices agency. He taught Sunday School classes, led youth group, and mentored teenagers. He firmly believes in personal, professional and spiritual development.

Timothy has 2 children who reside in Mansfield with their mother. They are 18 and 16 years old. He recently got married to Susan!

Designing and Building a Mentoring Program

Teaching participants about relating to other cultures, including, racial, ethnic, socio-economic, and other groups.

100 to 5000 *Will consider certain engagements for no fee