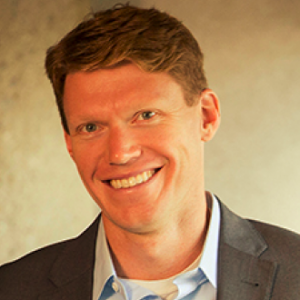 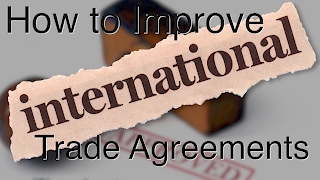 Before joining Vanderbilt’s law faculty in 2015, Meyer taught for five years at the University of Georgia School of Law. He entered the legal academy after practicing law for several years at the U.S. Department of State’s Office of the Legal Adviser where he represented the United States in commercial arbitration and real property transactions all over the world and in negotiations with foreign governments on diplomatic law issues. Before joining the State Department, Meyer was a law clerk for Justice Neil M. Gorsuch when he sat on the U.S. Court of Appeals for the Tenth Circuit.

How to protect America from the next economic calamity

America has a long way to go when it comes to economic resilience. Since the start of the coronavirus pandemic, there have been shortages of critical protective equipment, ventilators and tests, and supplies often haven’t come online fast enough to meet communities’ urgent needs. Authorities worry about how fast supply chains and distribution networks will be able to make an eventual vaccine widely available.

From olive growers to winemakers, small firms in Europe are bracing for $7.5 billion in US tariffs

“The idea in choosing a list of products on which to retaliate is to pick products that will create political pressure on the other government to change its conduct,” says Timothy Meyer, a law professor and director of the international legal studies program at Vanderbilt University in Tennessee. “In this case, the United States is targeting products that it expects will create political pressure in Europe to change the EU policies that the WTO has found unlawful.”

Explainer: What tools could Trump use to get U.S. firms to quit China?

“This is the first instance of which I am aware in which a private lawyer for the president of the United States has, in his own words, ‘meddled’ in a foreign criminal investigation of a third party in order to politically benefit the president,” said Tim Meyer, an international law expert at Vanderbilt University. “Mr. Giuliani’s actions undermine the long-standing U.S. foreign policy of promoting the rule of law in Ukraine generally and in the Ukrainian general prosecutor’s office specifically.”

President Donald Trump on Aug. 27 announced an agreement that he said would replace NAFTA, an almost 25-year-old deal that allows most goods produced in North America to move duty-free across the continent. As an expert on international economic law, I believe there are two key takeaways from this deal.

Wary of being tainted, some world leaders may not want to negotiate with Trump on trade

Non-US governments, and particularly democracies, “are under enormous pressure not to be seen to be caving to the Trump administration,” because of his unpopularity overseas, said Timothy Meyer, an international trade specialist and law professor at Vanderbilt University.

Trump’s threat to withdraw from NAFTA may hit a hurdle: The US Constitution

On Aug. 16, representatives of the U.S., Canada and Mexico formally began renegotiating the North American Free Trade Agreement (NAFTA), an accord that has governed matters of trade and security on the continent for 23 years. Whether you agree with him or not, his threat to unilaterally back out of NAFTA and other trade deals on his hit list may be a hollow one for a simple reason: the U.S. Constitution.

The Law and Politics of Socially Inclusive Trade

2019 "American ambivalence toward international institutions is nothing new. In his farewell address, George Washington famously warned against foreign entanglements."

Trade, Redistribution, and the Imperial Presidency

2019 "In this essay, prepared for a symposium on International Trade in the Trump Era, I argue that one reason for President Trump's massive deployment of tariff authority is that the president, like any political officeholder, is beholden to those who put him in office—and who can keep him there."

2019 "Since 1962, when Congress passed the Trade Expansion Act, every new US trade deal has had the same essential bargain at its core. Congress agrees to give the president the power to lower trade barriers in exchange for adjustment assistance for those workers displaced by competition with new imports."