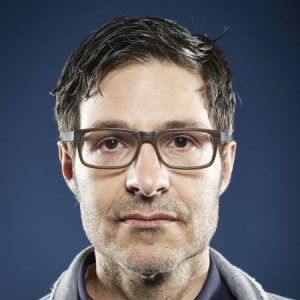 Toby E. Stuart is the Helzel Chair in Entrepreneurship, Strategy and Innovation and the Faculty Director of the Lester Center for Entrepreneurship. Previously, he taught at Harvard Business School, Columbia Business School, and the University of Chicago Booth School of Business, where he received his first chaired, full professorship at the age of 32.

Stuart is the recipient of the 2007 Kauffman Prize Medal for Distinguished Research in Entrepreneurship, which is granted every other year to recognize one individual’s contributions to entrepreneurship research. He has received teaching awards at Columbia Business School and Berkeley Haas. He has won the Administrative Science Quarterly’s Scholarly Contribution (best paper) award, and other recognitions for scholarly contributions. He is a Research Fellow at Oxford University’s Center for Corporate Reputation.

Much of Stuart’s research has examined social networks, particularly their role in entrepreneurship, innovation, and strategy. In some of his current projects, he is investigating email networks and employment outcomes in a variety of companies; the referral network among doctors in the U.S. healthcare system; matching in a few online networks; and the collaboration network in the academic life sciences.

At Harvard and Columbia, he served as course head for Entrepreneurship and Strategy Formulation, respectively. He has taught MBA and executive courses in corporate strategy, mergers and acquisitions, innovation and technology strategy, leadership, venture capital and private equity, and entrepreneurship. He launched and remains Co-director of the Executive Program in Corporate Strategy at the University of Chicago Booth School of Business. He is also the Founding Faculty Director of the Program on Competitive Strategy and Innovation at Berkeley Haas; and he has Co-directed Harvard Business School’s Creating Corporate-Level Advantage Strategy Program for senior executives. He has served as a consultant or executive educator at dozens of companies around the world. Currently, he is a member of the board of directors of HNTB Holdings and also advises a number of startups. He is on the Advisory Boards of ShanghaiTech School of Entrepreneurship and Management, PhilDev and Skydeck, a startup incubator at UC Berkeley.

Research grants from the Kauffman Center for Entrepreneurial Leadership

Awarded stipend to participate in Stanford Seminar on Social Theory

Researchers Toby Stuart and Mathijs de Vaan of Berkeley Haas have uncovered another possible reason the opioid crisis has gotten so bad in the U.S.: family connections.

Is the Opioid Epidemic Driven By Family Consumption?

The study, conducted by Mathijs de Vaan and Toby Stuart, sociologists at the Haas School of Business of the University of California at Berkeley, found that if one family member uses prescription opioids, it’s likely that others in the family will soon be using them, too. The researchers analyzed hundreds of millions of medical claims and nearly 14.5 million opioid prescriptions in Massachusetts between 2010 and 2015.

Building Diversity: The People That Analytics Often Leaves Behind

Facebook’s global director of diversity Maxine Williams recounted at the Wharton People Analytics Conference how in a previous position with a global law firm, she spent two years living in Geneva. She submitted the necessary paperwork to rent an apartment there. After she had moved in, the cleaning person for the previous tenant knocked on the door to see if the new renter wanted to continue the service.

Want to launch your own business? Working for a startup is a great way to begin

If you want to become an entrepreneur, there are few better ways to learn than going to work at a startup. Doing so will give you a fantastic network of future collaborators and provide you with the essential skills needed for running your own firm.

The Tampon of the Future

'“Men had more helpful social networks for getting ideas and commercial activities off the ground,” said Toby Stuart, a professor at the Haas School of Business at the University of California, Berkeley, who was an author of the study. “A prominent male faculty member may make noise at a university’s technology-transfer office if he doesn’t get what he wants, and he also has relationships outside the university and he’s more likely to know venture capitalists.” Meanwhile, “a female professor doesn’t tend to know as many people in industry...'”

Does Intra-household Contagion Cause an Increase in Prescription Opioid Use? American Sociological Review

The Role of Optimal Distinctiveness and Homophily in Online Dating ICWSM

Who Cooks the Books in China, and Does It Pay? Strategic Management Journal