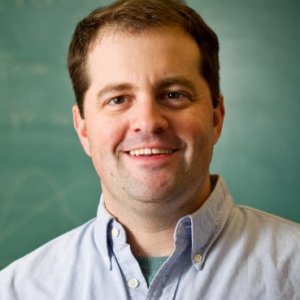 
McFall uses his interest in golf and basketball to explain how regulatory policies impact competitors’ strategies.

Sports economist Todd McFall uses his interest in golf, basketball and tournament competition to explain how regulatory policies may have surprising outcomes with regards to competitors' strategies.

In his recent book, "The (Peculiar) Economics of NCAA Basketball," McFall discusses the NCAA’s repeated favoritism towards schools with the largest economic influence. After decades of mismanagement and complacency, he argues, the NCAA is paying the price.

McFall can also discuss the risks versus rewards when state and local governments become involved in the financing, design, construction, and management or ownership of professional sports facilities.

His findings in a study on player behavior following the banning of high-spin clubs on the PGA Tour reveal more than how pro golfers traded risk for more certain strategies and improved their scores, despite the less technologically advanced equipment with which they were allowed to play. The research supports previous studies that tell us people change their behavior when the rules change -- adding credence to the notion that government regulations may not always have the affect lawmakers anticipate.

McFall has served as an economist at Welch Consulting, Ltd., where he worked with law firms seeking advice on economic litigation matters. He has published peer-reviewed articles related to golf and golfing tournaments in The Journal of Sports Economics and Applied Economic Letters. He has comfortable with both radio and broadcast interviews. 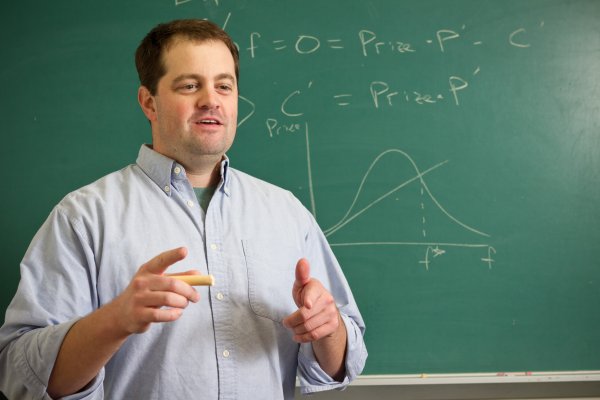 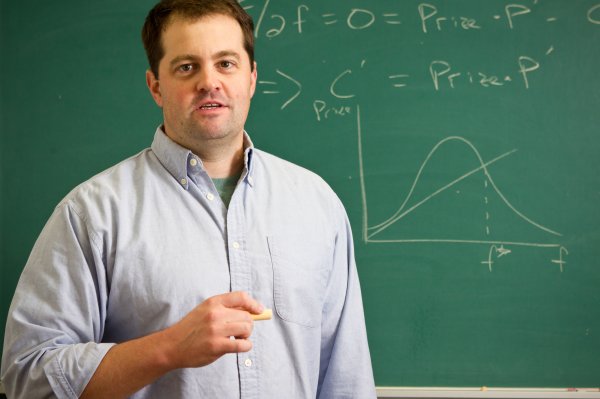 Dissertation of the Year (professional)

“Maybe this speeds up the idea that courses need to be redesigned a little bit, a little more natural, with not so many sand bunkers and water that has to be maintained. It’s one thing to play at a more natural course. It’s another not to have a course at all,” says McFall.

Examining the economics of HB2 one year later

WFDD’s Sean Bueter recently spoke with Wake Forest University economist Todd McFall to find out more about how the year-old law has affected the state, and what could be in store.

“Curry is on the Mount Rushmore of athletes that companies like Under Armour want to deal with. He gets dropped, he gets picked up by Nike or Adidas the next day. I think they understand he’s not someone they can substitute easily,” said McFall. Speaking up could even be a commercial opportunity for him. "It might provide him some cache amongst fans with whom he had little.”

Torrey Pines tournament on the mend after financial struggles

As much as a new crop of talented young players like Jordan Spieth, Rory McIlroy and Jason Day are energizing the sport, an aging Woods has not lost his ability to juice ratings and attendance, says sports economist Todd McFall. And his absence from Torrey may have hurt San Diego more than other tournaments, McFall theorized.

“Even now, almost a full nine years since he won his last major championship — at Torrey Pines — he is by far the biggest needle mover in golf,” said McFall, an assistant economics professor at Wake Forest University who has authored articles on professional golf.

NBA free agents sign deals as high as some nations' GDPs: How the league got that rich

Todd McFall, who researches sports and economics at Wake Forest University, even said the cap on top salaries has led to a competitive imbalance as top players "compensate themselves by finding super teams" in place of taking larger contracts.​ ​"These guys can't find contracts because there's no optioning process ... commensurate to their value," McFall said. "It seems to me like it's going to lessen the churn at the top of the NBA totem poll."

"With the Women's World Cup, they're fighting a little bit of an uphill battle, because we haven't figured out how to market successfully women's sports," said Todd McFall, a sports economics professor at Wake Forest University. Indeed, even diehard soccer fans believe Fox faces a big challenge...

“Winning the [Eastern Conference title] five straight times is pretty amazing, but it’s not winning the finals,” Todd McFall, a visiting assistant professor of economics at Wake Forest University, said of the personal brand implications of this series for James. “There’s a big chasm there, rightly or wrongly. His legacy is going to be defined [largely] in the finals, like it or not.”...

Sports economist Todd McFall at Wake Forest University said he's not optimistic about golf's outlook. People are facing stagnant wages and less time to commit to a five-hour round of 18 holes. Meanwhile, public interest in the game waned as the implosion of Tiger Woods' career coincided with a national economic crisis in 2009, he said.

This lesson is designed to give students in a wide variety of undergraduate classes the opportunity to identify the problems inherent in analyzing imperfect data. Students are asked to analyze data, which the authors provide, from the Professional Golfers' Association Tour ...

This study examines how PGA Tour golfers' playing strategies offset a ban on technologically superior golf club grooves and how the strategy changes translated into performance changes. The ban, which was implemented at the beginning of the 2010 ...

The rights to the annual NCAA men's basketball tournament are the most valuable asset that the organization possesses. Revenues earned from the event account for about 80% of the organization's operating budget. Despite the event's unique nature, demand ...

Awarding a grand prize to the player who wins most often in a series of contests links the contests together and makes incentives in the current contest depend on past performance. A lucky player who wins early faces relatively stronger economic incentives ...