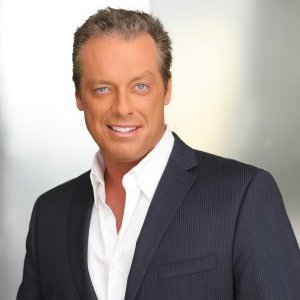 Todd Newton is best known as one of the most amiable personalities on television today. As the Emmy award winning host of Family Game Night, E!, Whammy!, and Hollywood Showdown, Newton has awarded game show contestants over $28,000,000 in cash and prizes.
Often referred to as "America's Life Coach," Mr. Newton has inspired and entertained audiences around the world with his powerful live presentations "I Want, I WIll, I Win" and "The Choice Is Yours." His first book, "Life In The Bonus Round: A Game Show Host's Road To Success & Fulfillment" was released in 2012 and is a contemporary alternative to the traditional self help program.
Personally, the proud father of two amazing children resides in Boston and is the national spokesperson for Soles4Souls-an organization that collects and distributes shoes to the needy.
For more information please visit www.toddnewtononline.com.

Todd Newton is proud to be the recipient of the 2012 Daytime Emmy Award for Outstanding Game Show Host.

Todd Newton is the author of the entertaining and inspiring memoir/personal development book "Life in the Bonus Round: A Game Show Host's Road To Success & Fulfillment."

Through a series of compelling interviews with human success stories, Todd Newton shares the characteristics of achievement that allow individuals from all walks of life to attain the most fulfilling existence imaginable.