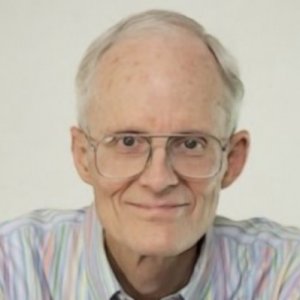 Applied research and engineering in time and frequency related areas. Emphasis has been on atomic standards, especially rubidium clocks (including product and manufacturing process development).

Basic research in the areas of atomic and molecular physics with emphasis on experimental molecular beam spectroscopy, laser spectroscopy of atomic beams and optical pumping, including initiation and supervision of such research.

In an apparatus using optically excited atomic media, such as an atomic frequency standard, a source providing a controlled emission of light for exciting the D1 and/or D2 resonance lines of an alkali gas, such as rubidium or cesium, is controlled by an output generated by digital electronics from the light intensity signal of a light sensor for light transmitted by the alkali gas, an output for representing ambient temperature, and a light intensity-ambient temperature algorithm to substantially eliminate changes in light intensity due to light source aging for the purpose of reducing changes in temperature sensitivity of the apparatus as a function of time and the light-shift contribution to the frequency aging of the standard.