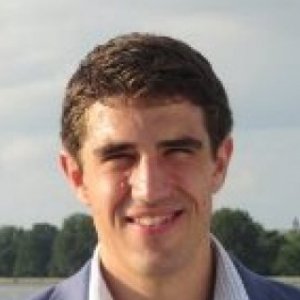 There Is No Map: International Relations in the Americas

2019 Over the last fifteen years, both the practice and study of International Relations (IR) in the Americas have seemingly been transformed. The United States, many have argued, no longer plays the hegemonic role of yesteryear, perhaps because its power has been hollowed, its attention pulled away, or its role challenged by rising Latin American and extra-hemispheric powers. 1 This was a dramatic change from the Cold War, where the possibility of US intervention was never far offstage and the United States amassed allies and isolated foes. It was an even more surprising turnaround from the immediate post–Cold War period, where US influence seemed uncontested, even as coercion (usually) faded into the background. The transformation started on September 11, 2001, when the US Secretary of State Colin Powell left Lima, where the American states had just signed the Inter-American Democratic Charter, to turn US diplomatic attention decisively away from Latin America and toward the Middle East. Within a few years, the bloody aftermath of the 2003 invasion of Iraq demonstrated the limits of US military might while the 2008–2009 financial crisis exposed the vulnerabilities of US economic power. However, the US leadership role in the Western Hemisphere was already shrinking. Brazil and Venezuela surged during the first decade of the twenty-first century, giving substance to old dreams of autonomy. To grasp these changes, old paradigms and concepts were deconstructed.

The Promise of Precommitment in Democracy and Human Rights: The Hopeful, Forgotten Failure of the Larreta Doctrine

2019 Although international precommitment regimes offer a tool to escape the apparent contradiction between sovereignty and the international protection of democracy and human rights, they raise theoretical and practical questions. This article draws on multinational archival research to explore an overlooked historical episode and suggest new thinking regarding the logjams over sovereignty, incapacity of global decision making, and humanitarian imperialism. In 1945 and 1946, the American states engaged in a debate over the Larreta Doctrine, a Uruguayan proposal about the parallelism between democracy and human rights, and the regional rights and duties to safeguard these values. I

The US, Brazil and Latin America: the dynamics of asymmetrical regionalism

2018 Until its recent crisis, Brazil’s rise, combined with seeming US decline and distraction, led observers to declare South America a ‘post-hegemonic’ region. How have US and Brazilian ambitions and capabilities affected the countries’ relations within the shared neighbourhood of the Western Hemisphere? Building on work by Womack, B. [2016. Asymmetry and international relationships. New York: Cambridge University Press], the article analyses the US-Brazil-South America relationship as a regionally located, asymmetrical triangle. During two centre-left presidencies, Brazil sought to shift the dynamics of the hemisphere’s soft triangles. Brazilian diplomacy redefined its neighbourhood as South America, developed exclusive regional groupings, and assumed the role of pivot to shape relationships between the US and South America.

Latin America and the liberal international order: an agenda for research

It’s not the size, it’s the relationship: from ‘small states’ to asymmetry

2017 Much time and enormous amount of academic effort has gone into defining small states and their position in world politics. This endeavor, sadly, has produced very little agreement. It is therefore time to reposition the discussion. I do so by arguing that the analysis of small states should move from a concentration on ‘smallness’ to looking in more detail at the relationships in which these states are engaged. IR scholars should therefore stop defining and re-defining the concept of ‘small state,’ quite literally setting it aside as an analytical category. This article advocates a whole-hearted embrace of a relational approach, replacing the analytical category of ‘small state’ with a new perspective and terminology.

2015 Latin America Confronts the United States offers a new perspective on US-Latin America relations. Drawing on research in six countries, the book examines how Latin American leaders are able to overcome power asymmetries to influence US foreign policy. The book provides in-depth explorations of key moments in post-World War II inter-American relations-foreign economic policy before the Alliance for Progress, the negotiation of the Panama Canal Treaties, the expansion of trade through the North American Free Trade Agreement, and the growth of counternarcotics in Plan Colombia. The new evidence challenges earlier, US-centric explanations of these momentous events. Though differences in power were fundamental to each of these cases, relative weakness did not prevent Latin American leaders from aggressively pursuing their interests vis-...-vis the United States. Drawing on studies of foreign policy and international relations, the book examines how Latin American leaders achieved this influence-and why they sometimes failed.