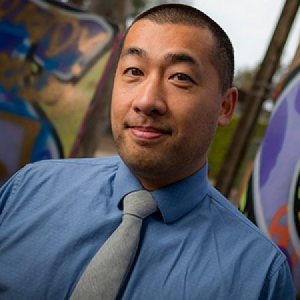 
Tom K. Wong's research focuses on the politics of immigration and how it links to race, ethnicity and identity. 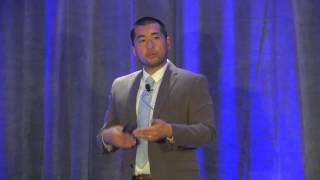 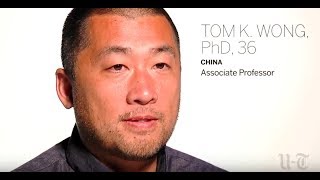 Wong is founding director of the U.S. Immigration Policy Center at UC San Diego and is an associate professor of political science at the university. He recently served as an advisor to the White House Initiative on Asian Americans and Pacific Islanders (WHIAAPI) under the Obama administration and currently serves on the State of California’s 2020 Census Complete Count Committee (CCC). He is also director of the International Migration Studies Program Minor. His research focuses on the politics of immigration, citizenship, and migrant "illegality." As these issues have far-reaching implications, his work also explores the links between immigration, race and ethnicity, and the politics of identity.

His first book, "Rights, Deportation, and Detention in the Age of Immigration Control", analyzes the immigration control policies of twenty-five Western immigrant-receiving democracies (Stanford University Press, 2015). In analyzing over 30,000 roll call votes on immigration-related legislation in Congress since 2005, his second book, "The Politics of Immigration: Partisanship, Demographic Change, and American National Identity" (Oxford University Press, 2016), represents the most comprehensive analysis to date on the contemporary politics of immigration in the United States.

Wong's research has been used by policymakers both in the U.S. and in Mexico, as well as by organizations that serve immigrant communities. Wong and his work has been covered by The New York Times, The Los Angeles Times, The Washington Post, NPR and major media outlets across the country.

He is also on the leadership committee of the California Immigrant Policy Center and the board of New American Leaders. Wong also consults on campaigns and elections, specializing in mobilizing low-propensity voters of color and immigrant communities.

The simplest form of analyzing the effects of a policy is to split the data into chunks based on when the policy was implemented: in this case, before-and-after chunks for the institution of widespread family detention in 2014, and the “zero tolerance” pilot in 2017. In theory, Wong explained to Vox, if the policy is having its desired impact, you’d see a change in the slope of the line. In the case of a deterrent effect, you’d expect to see an upward trend in the “before” chunk turn into a downward trend in the “after” chunk. That is not what you see when evaluating the effects of 2014 detention and the 2017 pilot on apprehensions.

As the future of the Deferred Action for Childhood Arrivals program hangs in the balance, a new nationwide survey by UC San Diego political science professor Tom Wong shows DACA continues to have a positive impact on the lives of young immigrants and the economy...

Why sanctuary cities are safer

This past Thursday, a new study conducted Tom K. Wong, a political scientist at the University of California-San Diego, found that there are broad benefits for local jurisdictions that resist cooperating with federal immigration enforcement — they are safer in the aggregate and enjoy stronger economies. "For the first time we're kind of seeing that crime rates are lower when localities stay out of the business of federal immigration enforcement," Wong said...

Panelists talked about the Deferred Action for Childhood Arrivals initiative, President Obama’s program that allows for children of undocumented workers to apply for a two-year deportation deferral. They also responded to questions from the audience...

Tom K. Wong on Life as an Undocumented Youth

“It was bizarre,” says Wong, who still remembers the incident that occurred when he was 10, in their low-income neighborhood in Riverside, California, which was comprised mostly of Mexicans, Salvadorians and Guatemalans. “That night, my mother was really scared. There were helicopters flying around, and lights shining down by our house, but they weren’t there for us. The police were surrounding our neighbors’ house. Yet, it was clear my mother thought the immigration officials were coming to raid our house. I connected the dots later on in life.”

2018 In response to broad public backlash over his administration’s policy of separating children from their parents at the United States’ southwest border, President Donald Trump signed an executive order in June 2018 that purports to replace family separation with potentially indefinite family detention. Numerous Trump administration officials have supported such policies under the belief that they would deter families from attempting to enter the United States.

The Political Incorporation of Undocumented Youth

2018 This article develops and empirically tests a model of political incorporation for undocumented youth in the United States, focusing on nonvoting forms of political engagement. Using one of the ﬁrst nationwide surveys of undocumented millennials between the ages of 18 and 35 (n = 1,472), we show that (1) undocumented youth express much higher levels of political efficacy and participation than the literature on immigrant political incorporation leads us to expect, (2) membership in organizations that work on immigration-related issues is a main determinant of this sense of political efficacy, and (3) through mediation analysis, that organizational membership (the mediator) inﬂuences how political efficacy affects political participation, and not the other way around. The literature on immigrant political incorporation is vast, but precedent studies too often focus on formal acts of political participation, such as naturalization and voting, by those with lawful immigration status. With an analytical focus on youth without lawful immigration status, this article contributes to theoretical and empirical knowledge about how and to what extent undocumented youth become politically active and engaged despite the many obstacles that exist to their formal participation in politics.

2017 Since it was first announced on June 15, 2012, the Deferred Action for Childhood Arrivals (DACA) policy has provided temporary relief from deportation as well as work authorization to approximately 800,000 undocumented young people across the country. As research has consistently shown, DACA has not only improved the lives of undocumented young people and their families but has also positively affected the economy more generally, which benefits all Americans. From August 1, 2017 to August 20, 2017, Tom K. Wong of the University of California, San Diego; United We Dream (UWD); the National Immigration Law Center (NILC); and the Center for American Progress fielded a national survey to further analyze the economic, employment, educational, and societal experiences of DACA recipients. This is the largest study to date of DACA recipients with a sample size of 3,063 respondents in 46 states as well as the District of Columbia.