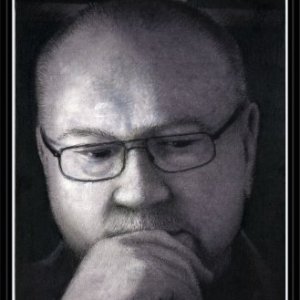 
Psychology Works (if you let it) - A Survival - Success Guide from the published author, artist, & esteemed psychologist, Tom Wright, PhD.

Tom is a prominent Texan. He is a noted psychologist/family therapist, and expert trial witness. He intersects with the legal system and is versed in how to testify in court on complicated, criminal and civil matters. He is a recognized author - New York Times Book Review Editor's choice, artist, photographer, sculptor and artist advocate.

Born in Bonham, TX, he lived 20 years of his life in Minnesota, Colorado and Alaska before coming back to TX for good. Growing up, he lived a good bit of the time in Colorado and in Oak Cliff south of the Trinity in Dallas.

Dr. Wright earned his BA from the U of Alaska, and the other degrees from Texas A&M and UT Pan American. He's been working as a psychologist ever since finishing graduate school. Before that he was fortunate enough to have interesting jobs in wild places: Child Protective Services in the lower Rio Grande Valley and protection officer- game warden - for the Alaska Department of Fish & Game. That last posting was where he found out what it feels like to be shot at, though he says he was actually more afraid of the bears than poachers.

His kids are grown, and he's finding out what a superior gig grandparenting is. More people think of Tom as a painter than a writer, but he gets a lot more practice at the keyboard than the easel because of his day job. The psychology gig allows him to lecture, lead seminars and round tables on creativity and what it takes to survive as a creative.
What inspires Tom are people and events that make a vivid impression and give him the sense there's a story that needs telling.

When he's not in a courtroom expert witness box, he's working at the clinic with patients or on the road helping creatives, or out hunting and photographing nature. He focuses the remainder of his time on writing or editing the next novel, painting, sculpting or drawing a favorite subject, building something in his workshop, or working up the next event to help his fellow creatives.