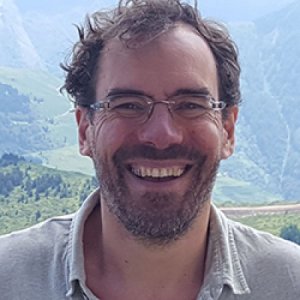 
Professor Törnqvist specializes in how coastal environments evolve under rapid sea-level rise and other impacts. 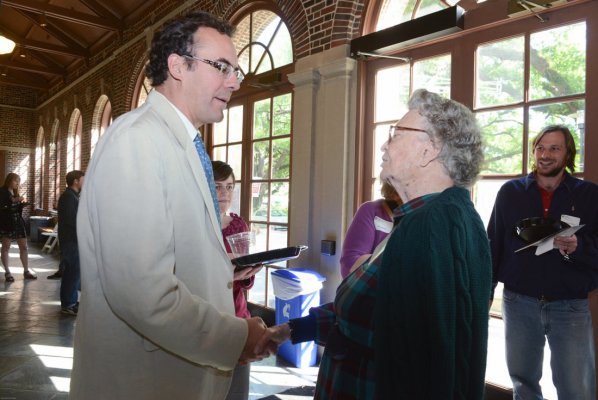 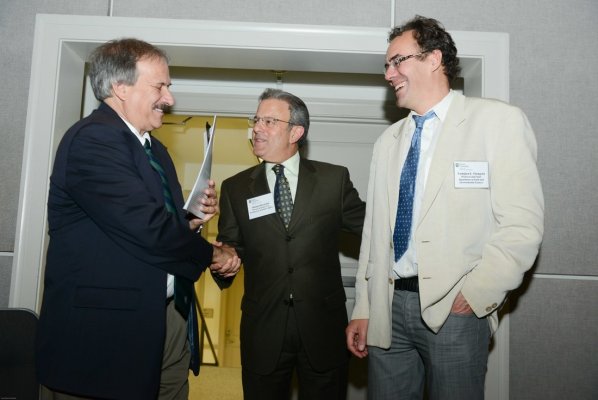 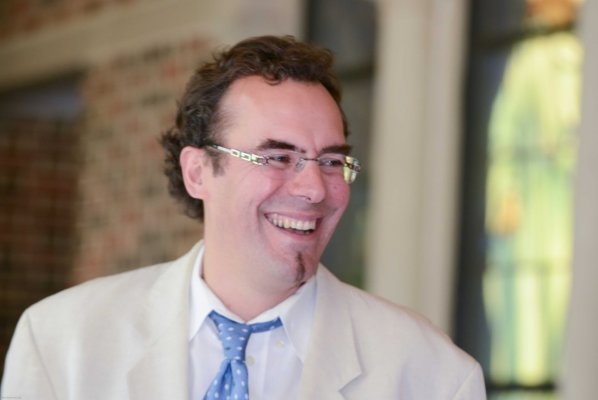 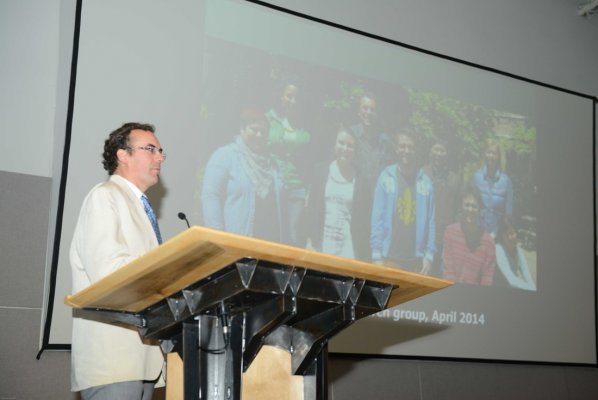 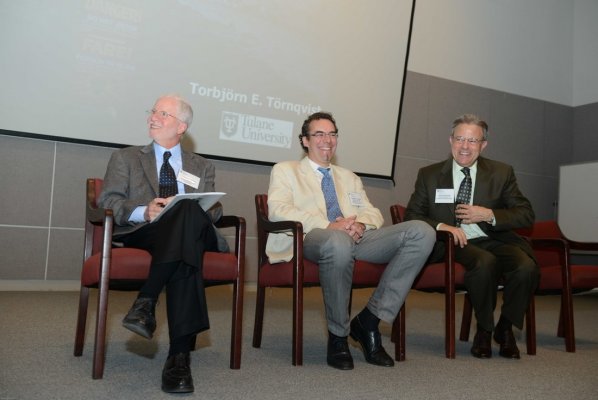 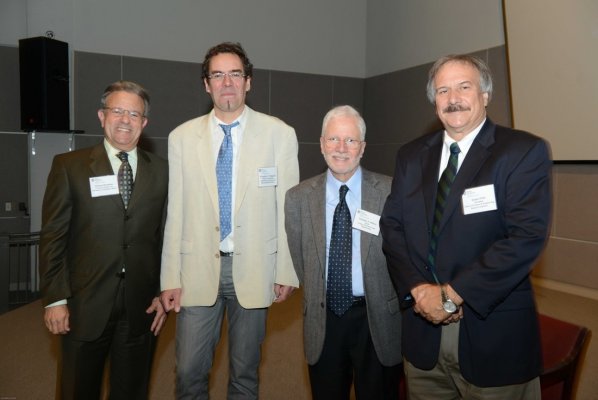 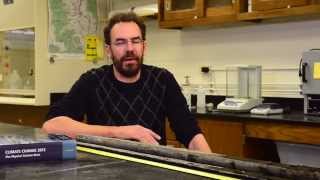 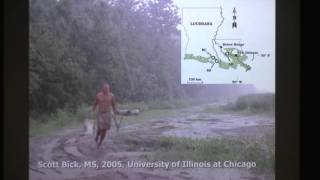 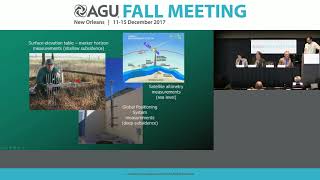 Professor Törnqvist is a coastal geoscientist whose research is motivated by the alarming deterioration of Louisiana's coastal wetlands.

He and his research group use the late Quaternary geologic record to better understand the evolution of fluvial, deltaic, and coastal environments as a function of external forcings, primarily sea-level and climate change. Sea-level rise is an issue of particular interest, and Törnqvist takes advantage of the unique sedimentary record along the U.S. Gulf Coast to reconstruct changes in sea level in the recent geologic past, with the ultimate goal to enable better predictions for the future. A significant portion of his work focuses on coastal subsidence and many of his studies aim to better inform coastal restoration strategies.

Törnqvist has been widely quoted in the media, including The New York Times, The Washington Post, PBS Newshour, CNN, and CBS News.

But there are massive differences, notes Torbjorn Tornqvist, a coastal geologist at Tulane University who studies the region...

Torbjörn Törnqvist, a geology professor at Tulane and co-author of the study, said the state will have to place the diversion structures in areas with the greatest potential to build land and protect highly populated areas, rather than create multiple diversions along the entire shoreline. “Difficult choices will have to be made about where to locate these diversions,” he said in a news release...

A new paper, published Wednesday in the Geological Society of America’s bulletin GSA Today, includes an updated map of the Louisiana coastline and the rate at which it’s sinking into the sea, a process scientists call “subsidence,” which occurs in addition to the climate change-caused process of sea-level rise. The new map suggests that, on average, the Louisiana coast is sinking at a rate of about 9 millimeters, or just over a third of an inch, per year — a faster rate than previous studies have suggested, according to the authors. “I think it’s a point worth making that we are finding here that what people recently have considered worst case scenarios are actually conditions that we already see right now,” said Torbjörn Törnqvist, a geologist at Tulane University and a co-author on the new paper.

The sedimentary record of the Mississippi Delta offers unique opportunities to investigate Holocene relative sea-level (RSL) change at very high resolution, and to develop connections with paleoclimate records. Our past efforts have focused, among others, on an abrupt sea-level rise associated with the 8.2 ka cooling event that was likely caused by the final drainage of proglacial Lake Agassiz. Currently ongoing research is pushing this record back beyond 10 ka, providing one of the first high-resolution RSL curves for the early Holocene. Combined with glacial isostatic adjustment (GIA) modeling, this can potentially shed light on the relative contribution of the North American and Antarctic ice sheets to global sea-level rise during the second half of the last deglaciation.

Mechanisms and rates of subsidence in low-elevation coastal zones

Subsidence in rapidly urbanizing, low-lying coastal environments is evolving into a “slow-motion catastrophe”. Our primary focus is on coastal Louisiana and involves the collection and analysis of field data (both geological and instrumental) that is combined with various modeling approaches (GIA models, compaction models) which involves several collaborators. Our Holocene RSL records are a cornerstone of this work, more recently augmented by surface-elevation table – marker horizon data available from the unparalleled Coastwide Reference Monitoring System. A recent addition is the “subsidence superstation” near Myrtle Grove, Louisiana, where a wide range of instrumental and geological methods are integrated to gain a more fundamental understanding about subsidence mechanisms and rates over a range of depth and timescales.

The wetland loss problem in coastal Louisiana is widely documented and there is an enormous interest in the future fate of these highly valuable ecosystems. Our research attempts to determine, among others, which rates of RSL rise coastal wetlands can withstand. One recent finding is that over short (annual to decadal) timescales, coastal marshes and swamps may keep up with rates as high as ~1 cm/yr. However, over longer (multi-decadal to centennial) timescales sudden marsh collapse occurs at rates of RSL rise that are much lower. Many intriguing questions remain, including the need for a better understanding of the conditions that cause marsh drowning and subsequent re-emergence (including possible hysteresis effects), both in coastal Louisiana and elsewhere.

There is a resurgence of interest in delta evolution over timescales longer than the instrumental record, motivated by the increasing challenge to successfully manage deltas throughout this century and beyond. Our research involves a variety of projects concerned with rates of delta growth (both vertically and horizontally) as well as patterns of material (sediment, organic carbon) dispersal and burial in the Mississippi Delta. This work relies heavily on geochronology as provided by 14C dating (including novel methods such as ramped PyrOx 14C) and optically stimulated luminescence dating. Much of this research is closely tied to questions that emanate from coastal restoration efforts, such as deciphering the patterns and rates of fluviodeltaic deposition that can serve as analogs for coastal restoration projects by means of river diversions.

The continental margin as a critical interface for earthscape processes

Sea-level positions during the Last Glacial Maximum, obtained by means of GIA modeling, serve as the foundation for a GIS-based analysis of the spatial relationship between the lowstand shoreline and the shelf edge along passive margins worldwide. Our studies so far have shown that the relationship between these two features varies widely from one margin to the next, yet it is critical for material fluxes from continents to oceans on a global scale. Our objectives therefore include, among others, to understand the nature of source-to-sink sediment flux during glacial-interglacial cycles and to elucidate the currently poorly understood mechanisms of shelf-edge formation.