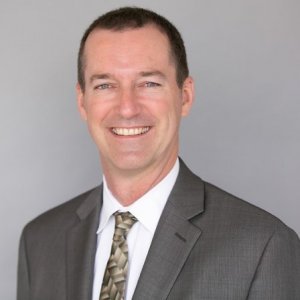 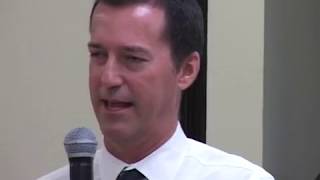 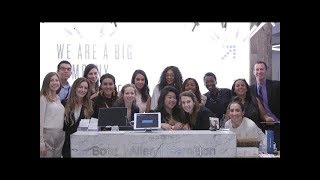 Dr. Tory Cox, EdD, LCSW, PPSC, Clinical Associate Professor, is the Assistant Dean of Field Education and Director of the Virtual Academic Center’s Field Education program for USC’s Suzanne Dworak-Peck School of Social Work. He recently earned his doctorate in education from the USC Rossier School of Education in Organizational Change and Leadership. He was also the former Lead of the COBI Fellowship in Social Innovation, which won the CSWE/SAGE 2016 Award for Innovative Teaching in Social Work Education. Since 2010, he has been an Academic Advisor and Field Liaison for MSW students, served as Field Coordinator for the Community, Organization, Planning and Administration and Social Work and Business in a Global Society concentrations, and taught Integrative Seminar and Leadership courses.

He recently co-edited the Oxford University Press text titled "School Social Work: National Perspectives on Practice in Schools," which won the National Book of the Year Award from the School Social Work Association of America, and is a contributing author to journals specializing in school-based social work. He is an Editorial Board member for NASW’s Children & Schools journal, the Past President of the California Association of School Social Workers, and the Treasurer for End Abuse, Long Beach (EALB), a child abuse and domestic violence prevention council in Long Beach, CA. In 2013, Prof. Cox received the Abuse Prevention Award from EALB and commendations from local, state, and federal legislators for his work in training future social workers. In 2010, Prof. Cox received the "Social Worker of the Year" award from NASW-CA's Region I, Long Beach Unit and “Most Inspirational Professor” for his work at the School of Social Work at California State University, Long Beach.

Previously, he was a school social worker for 13 years with the Long Beach Unified School District (LBUSD), serving as a Field Instructor for MSW student interns, among other duties, from Cal State Long Beach, UCLA, and Cal State Dominguez Hills social work programs. As the Lead School Social Worker for LBUSD from 2006-2010, he helped lead a team dedicated to prevention and intervention across the district through federally funded grant programs, community collaborations, attendance initiatives, and site-based direct practice.

"School Social Work: National Perspectives on Practice in Schools" was named SSWAA National Book Award Winner for 2017. Tory Cox co-edited the book with Leticia Villarreal-Sosa from the Dominican University in Chicago and Michelle Alvarez from the University of Southern New Hampshire.

NASW Region I Social Worker of the Year (professional)

Through virtual education experience leading field placements across the country.

Healthy Development of all Youth

Ensuring the healthy development of all youth.

The psychology behind abusive relationships

"The easiest thing to do is turn to someone else and say that they created the problem for themselves," said Tory Cox, clinical assistant professor in social work at USC. "That is totally wrong though—there is no way to say that this is an acceptable viewpoint."...

Tory Cox, clinical assistant professor and assistant director of field education at the School of Social Work who has worked with the Ostrow School in placing interns in the CHAMP program, noted that the response from the community to having social services offered alongside dental services has been overwhelmingly positive, though the demand is getting to be almost too much for student interns to handle. The Hutto-Patterson Foundation gift will allow for more opportunities to provide care on both fronts, while also giving dental and social work students important hands-on learning. “There are so many things that prevent people from getting the proper care that they need to get healthy,” Cox said. “Through dental care, we’re able to provide social services, and by providing those services, dental students begin to recognize the milieu families are living in.”...

2013 Traumatic events such as the school shootings in Sandy Hook and Columbine naturally call national media attention to the need for support services to assist the affected children and families. Much less in the media eye are the children attending school each week affected by toxic stress and trauma as a result of adverse childhood experiences such as chronic neglect and family violence. Regardless of the root of the trauma, those working in a capacity to support children can benefit from gaining a deeper understanding of how trauma affects child development and what intervention efforts have been effective in helping children heal...

Improving Educational Outcomes for Children and Youths in Foster Care