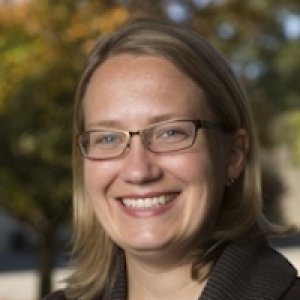 Associate Professor of Natural Resources and the Environment, director of the Wildlife and Fisheries Conservation Center | University of Connecticut


Tracy Rittenhouse is an expert in the study of wildlife populations - bobcats, bear, frogs - within exurban development.

Tracy and her graduate students study where animals live, movements animals make when traveling through habitats, and why wildlife populations persist in some locations but not others. We work within globally relevant conservation contexts, forest fragmentation, urban development, and disease epidemics, yet we focus on the uniqueness of local places and serve the research needs of managers who make decision about wildlife populations.

Bear, Bobcats, and Animals in your backyard 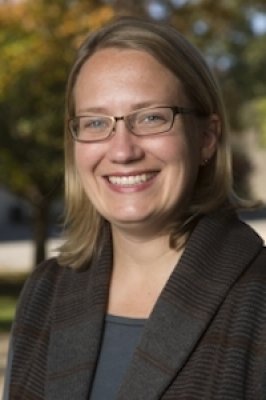 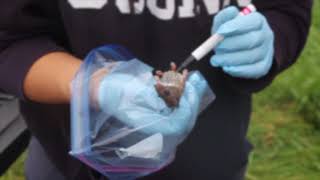 Uptick in Bear Break-ins Across Connecticut

Foxes, bobcats, bears oh my! Those are the sentiments of residents in the West Hartford area as they’ve been dealing with an overwhelming amount of bear sightings. UConn expert Dr. Tracy Rittenhouse weighs in on the uptick in black bear interactions in Connecticut.

Where Do the Bears Come From? UConn Expert Weighs In

University of Connecticut researcher Dr. Tracy Rittenhouse explains what her study revealed about where bears live in Connecticut.

An Increase In the Bear Population Has Led to Calls for Legal Hunts. But Is That Really Safer?

Bear-hunt proponents believe a hunt would help instill a healthy fear of humans in more bears. Tracy Rittenhouse, a professor of wildlife ecology in UConn’s Department of Natural Resources and the Environment, says, “The scientific literature provides good evidence for other wildlife species changing their behavior in response to hunting,” but adds, “I think the evidence in the scientific literature specific to black bears just hasn’t been collected...”

Priscilla Feral: Bears to residents: Won’t you be my Neighbor?

While it may be a new experience for some Connecticut residents to see black bears in their neighborhoods, UConn professor and ecologist Tracy Rittenhouse, who led a four-year research project studying the state’s black bear population, has said she thinks it’s uplifting there’s an animal who is actually able to survive in a state with 3.6 million people...

The Connecticut State Museum of Natural History at UConn presents "Black Bears In Connecticut: When, Where, And How Many?," a lecture by Dr. Tracy Rittenhouse from UConn's Department of Natural Resources and the Environment. The lecture will be held on Saturday, December 2, 1 pm in the Biology/Physics Building, Room 130, UConn Storrs Campus...

2018 Changing climate will impact species’ ranges only when environmental variability directly impacts the demography of local populations. However, measurement of demographic responses to climate change has largely been limited to single species and locations. Here we show that amphibian communities are responsive to climatic variability, using> 500,000 time-series observations for 81 species across 86 North American study areas.

2017 Species’ distributions will respond to climate change based on the relationship between local demographic processes and climate and how this relationship varies based on range position. A rarely tested demographic prediction is that populations at the extremes of a species’ climate envelope (e.g., populations in areas with the highest mean annual temperature) will be most sensitive to local shifts in climate (i.e., warming).

2017 Housing development is often intermixed within natural land cover, creating coupled human-natural systems that benefit some species, while eliminating critical habitat for others. As carnivore populations recover and expand in North America, understanding how populations may recolonize human-dominated landscapes is an important goal for conservation.

2017 Camera trapping is a standard tool in ecological research and wildlife conservation. Study designs, particularly for small-bodied or cryptic wildlife species often attempt to boost low detection probabilities by using non-random camera placement or baited cameras, which may bias data, or incorrectly estimate detection and occupancy. We investigated the ability of non-baited, multi-camera arrays to increase detection probabilities of wildlife.

2016 Since amphibian declines were first proposed as a global phenomenon over a quarter century ago, the conservation community has made little progress in halting or reversing these trends. The early search for a “smoking gun” was replaced with the expectation that declines are caused by multiple drivers.