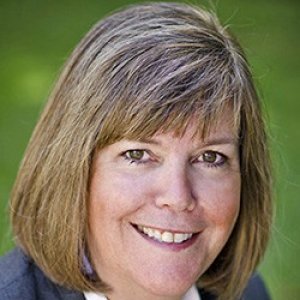 
Law and social work expert, focusing on technology-facilitated crime and use of technology in cyberspace

Tracy Webb is an adjunct professor at the University of Southern California. She teaches courses in domestic violence and as part of the LEAD program faculty. A career criminal prosecutor for over 33 years, she is currently the Director of Communication & Public Affairs for the United States Attorney’s Office. In this capacity, Tracy is responsible for the media relations, law enforcement coordination and community outreach for the Central District of California. Tracy was formerly the Counsel for Child Abuse Policy and cyber-crime prosecution in the Los Angeles City Attorney’s Office. She is a prominent expert in the area of technology-facilitated crime. For her entire career, Tracy has dedicated her time and efforts to prosecuting criminals, supporting children and civic issues, and participating in community efforts to further the protection and well-being of children, youth and families. She speaks frequently both locally and internationally on issues related to commercial sex trafficking of children, child abuse, child exploitation, domestic violence, law enforcement issues and technology-facilitated crime. She is an Emmy award-winning producer of a documentary film on gang violence. She also recently completed a documentary short on the state of child welfare in Los Angeles County and PSAs on cyberbullying, Internet intrusion and elder fraud currently airing on local television stations. In 2013, Webb published an article in the California Peace Officer titled “The Brave New World of Cyber Crime.” In 2014, her research article “The Brave New World of Cyber Crime Investigation and Prosecution” was published in the Chapman University Nexus Journal of Law and Policy. She was an active member of the Federal Internet Crimes against Children Task Force for nine years and is co-chair of the Los Angeles County Cyber Crime Task Force. In this capacity, she is responsible for project management of a variety of community-engagement programs, including planning, coordination and
execution of large-scale event productions such as the annual Cyber Crime Prevention Symposium. Tracy is the recipient of many accolades for her work in the community, including an FBI commendation for her community service work; the Children’s Hospital Los Angeles/Nicole Parker Foundation for Children Award; commendations from the Inter-Agency Council on Child Abuse and Neglect, the Archdiocese of Los Angeles, the Los Angeles City Attorney’s Office and the Department of Justice.

2017 Much scholarly research exists examining the effect of violence on a child’s developing brain. Experts agree that a Trauma Informed System is one in which all parties involved recognize and respond appropriately to the varying impacts of trauma stress on children, caregivers, families and those who have contact within the system. Programs and organizations within the system must infuse this knowledge and awareness within their own organizational cultures. It is vital that the Criminal Justice System, specifically law enforcement and prosecutors, be not only Trauma Informed but also a catalyst for systemic change in this area.