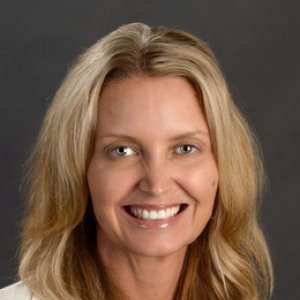 TRAYSI HANDEL has held multiple positions since 2013, first as an external field instructor and field liaison and now as an adjunct professor in the Adults and Healthy Aging department. She currently serves as a medical social worker at Saddleback Memorial Medical Center in Laguna Hills, California, where she provides crisis intervention for the emergency department and in-patient services for the acute care units.

A licensed clinical social worker, she has more than 20 years of experience in the field, with particular emphasis on medical social work, geriatrics, and work with adults, children and families dealing with disability. She developed her passion for medical social work in her early years, working in this capacity at the South Coast Medical Center in Laguna Beach and the Feedback Foundation VIP Center in Santa Ana. Her work incorporated crisis intervention, case management, bereavement, public policy advocacy and promotion of awareness in the field of mental health care.

Handel spent six years working as a program coordinator and social worker for the city of Irvine’s Disability Services, where she provided staff/intern/volunteer supervision and psychological support for clients with complex developmental disorders as well as physical or mental health disabilities. She has also worked in private practice, utilizing problem-solving therapy, cognitive behavioral therapy, the Nurtured Heart Approach and mindfulness as interventions to treat intense children and adolescents.

She holds certifications from: the Beck Institute for Cognitive Behavior Therapy in CBT for anxiety disorders; the National Association of Social Workers/Board of Behavioral Sciences in clinical supervision; USC in field instructor training; the Children’s Success Foundation in the Nurtured Heart Approach; and Heart of Yoga in the 200-hour teacher training.

Monoclonal antibodies (mAbs) have been used for decades as tools to probe the biology and pharmacology of receptors in cells and tissues. They are also increasingly being developed for clinical purposes against a broad range of targets, albeit to a lesser extent for G-protein-coupled receptors (GPCRs) relative to other therapeutic targets. Recent pharmacological, structural and biophysical data have provided a great deal of new insight into the molecular details, complexity and regulation of GPCR function. Whereas GPCRs used to be viewed as having either "on" or "off" conformational states, it is now recognized that their structures may be finely tuned by ligands and other interacting proteins, leading to the selective activation of specific signaling pathways. This information coupled with new technologies for the selection of mAbs targeting GPCRs will be increasingly deployed for the development of highly selective mAbs that recognize conformational determinants leading to novel therapeutics.

Neutrophil recruitment and extravasation at sites of inflammation provide a mechanism for host defense. We showed previously that heparan sulfate, a type of sulfated glycosaminoglycan, facilitates neutrophil recruitment based on the reduction of neutrophil infiltration in mice in which the overall sulfation of the chains was reduced by selective inactivation of N-acetylglucosamine N-deacetylase-N-sulfotransferase (Ndst1) in endothelial cells. Here we show that inactivation of uronyl 2-O-sulfotransferase in endothelial cells (Hs2st), an enzyme that acts downstream from Ndst1, results in enhanced neutrophil recruitment in several models of acute inflammation. Enhanced neutrophil infiltration resulted in part from reduced rolling velocity under flow both in vivo and in vitro, which correlated with stronger binding of neutrophil L-selectin to mutant endothelial cells. Hs2st-deficient endothelial cells also displayed a striking increase in binding of IL-8 and macrophage inflammatory protein-2. The enhanced binding of these mediators of neutrophil recruitment resulted from a change in heparan sulfate structure caused by increased N-sulfation and 6-O-sulfation of glucosamine units in response to the decrease in 2-O-sulfation of uronic acid residues. This gain-of-function phenotype provides formidable evidence demonstrating the importance of endothelial heparan sulfate in inflammation and suggests a novel enzyme target for enhancing the innate immune response.

Leukocytosis refers to an increase in leukocyte count above the normal range in the blood and is a common laboratory finding in patients. In many cases, the mechanisms underlying leukocytosis are not known. In this study, we examined the effects, the structural determinants, and the underlying mechanisms of heparin-induced leukocytosis, a side effect occurring in 0.44% of patients receiving heparin. We observed that heparin induced both lymphocytosis and neutrophilia, and the effects required heparin to be 6-O-sulfated but did not require its anticoagulant activity. Cell mobilization studies revealed that the lymphocytosis was attributable to a combination of blockage of lymphocyte homing and the release of thymocytes from the thymus, whereas the neutrophilia was caused primarily by neutrophil release from the bone marrow and demargination in the vasculature. Mechanistic studies revealed that heparin inhibits L- and P-selectin, as well as the chemokine CXCL12, leading to leukocytosis. Heparin is known to require 6-O-sulfate to inhibit L- and P-selectin function, and in this study we observed that 6-O-sulfate is required for its interaction with CXCL12. We conclude that heparin-induced leukocytosis requires glucosamine 6-O-sulfation and is caused by blockade of L-selectin-, P-selectin-, and CXCL12-mediated leukocyte trafficking.

We have previously shown that sorafenib, a multikinase inhibitor, exhibits cytotoxic effects on chronic lymphocytic leukemia (CLL) cells. Because the cellular microenvironment can protect CLL cells from drug-induced apoptosis, it is important to evaluate the effect of novel drugs in this context. Here we characterized the in vitro cytotoxic effects of sorafenib on CLL cells and the underlying mechanism in the presence of marrow stromal cells (MSCs) and nurselike cells (NLCs). One single dose of 10 μmol/L or the repeated addition of 1 μmol/L sorafenib caused caspase-dependent apoptosis and reduced levels of phosphorylated B-RAF, C-RAF, extracellular signal-regulated kinase (ERK), signal transducer and activator of transcription 3 (STAT3) and myeloid cell leukemia sequence 1 (Mcl-1) in CLL cells in the presence of the microenvironment. We show that the RAF/mitogen-activated protein kinase kinase (MEK)/ERK pathway can modulate Mcl-1 expression and contribute to CLL cell viability, thereby associating so-rafenib cytotoxicity to its impact on RAF and Mcl-1. To evaluate if the other targets of sorafenib can affect CLL cell viability and contribute to sorafenib-mediated cytotoxicity, we tested the sensitivity of CLL cells to several kinase inhibitors specific for these targets. Our data show that RAF and vascular endothelial growth factor receptor (VEGFR) but not KIT, platelet-derived growth factor receptor (PDGFR) and FMS-like tyrosine kinase 3 (FLT3) are critical for CLL cell viability. Taken together, our data suggest that sorafenib exerts its cytotoxic effect likely via inhibition of the VEGFR and RAF/MEK/ERK pathways, both of which can modulate Mcl-1 expression in CLL cells. Furthermore, sorafenib induced apoptosis of CLL cells from fludarabine refractory patients in the presence of NLCs or MSCs. Our results warrant further clinical exploration of sorafenib in CLL.

Oligomeric structure of the chemokine CCL5/RANTES from NMR, MS, and SAXS data. Structure

CCL5 (RANTES) is a proinflammatory chemokine known to activate leukocytes through its receptor, CCR5. Although the monomeric form of CCL5 is sufficient to cause cell migration in vitro, CCL5's propensity for aggregation is essential for migration in vivo, T cell activation and apoptosis, and HIV entry into cells. However, there is currently no structural information on CCL5 oligomers larger than the canonical CC chemokine dimer. In this study the solution structure of a CCL5 oligomer was investigated using an integrated approach, including NMR residual dipolar couplings to determine allowed relative orientations of the component monomers, SAXS to restrict overall shape, and hydroxyl radical footprinting and NMR cross-saturation experiments to identify interface residues. The resulting model of the CCL5 oligomer provides a basis for explaining the disaggregating effect of E66 and E26 mutations and suggests mechanisms by which glycosaminoglycan binding may promote oligomer formation and facilitate cell migration in vivo.