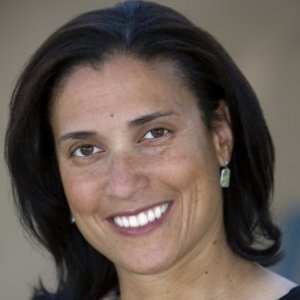 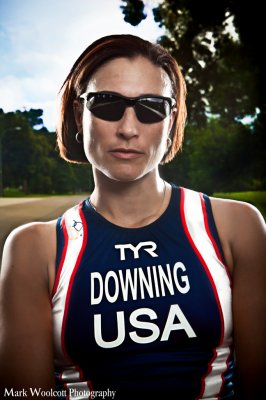 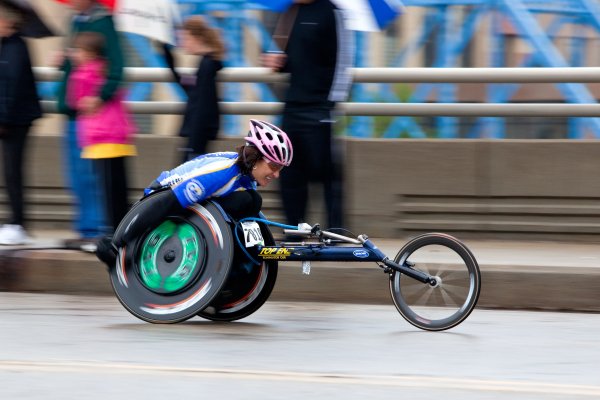 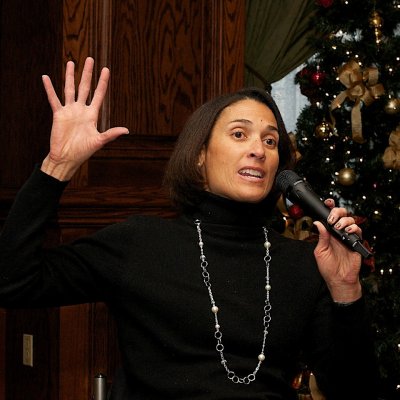 In one instant, on September 17, 2000, after being struck head-on by a car during a training ride, Tricia went from being a competitive cyclist to a paraplegic, requiring a wheelchair for mobility. Her life was changed forever, but Tricia’s competitive spirit and zest for life continued on. Through her experiences in both rehab and racing, Tricia has overcome adversity and learned what it takes to perform at the top of her game.

Having made the transition from able-bodied cyclist to an athlete with a disability, Tricia knows the true meaning of the words challenge and change, and has learned a wealth of lessons to deal with the obstacles we all face in reaching for our personal goals.

Tricia’s professional life has also been immersed in sports as she earned a master’s degree in Sport Management in 1995 and worked at the Olympic Training Center in Colorado Springs, Colo. She was the press officer for the USA Table Tennis team at the 1996 Olympic Games in Atlanta and for the USA Swimming team at the 1997 World University Games in Italy. Before becoming a professional speaker, she taught high school in the Denver Public Schools. Today she takes people on their journeys from start to victory, motivating each person to discover his or her own “inner champion”, just as she has.

Receiving many sports accolades including the Inspiration (’03) and Triathlon (’05) Awards from the Sportswomen of Colorado, the 2006 Most Inspirational Athlete from the Challenged Athletes Foundation and the 2008 Courage Award from the Tempe Sports Authority, Tricia has truly excelled despite her life-altering injury.

In addition to her current sports pursuits, Tricia has completed master’s degrees in
Disability Studies and Sports Management. She is also the Director for Camp Discovery, a camp for women in wheelchairs who want to explore fitness opportunities as well as create a support system of other women who have experienced mobility disorders/disabilities. In addition, she has published her memoir: Cycle of Hope—A Journey from Paralysis to Possibility which debuted in June of 2010.

“Tricia Downing was hands-down the top-rated speaker at the 2011 Summit for Professional Growth held in Englewood, CO. You could hear a pin drop in the auditorium because we were captivated by Tricia’s story and her ability to translate her experiences with our own, individual quest to persevere despite personal obstacles. I would not hesitate to bring Tricia back for future events.”

“As president of Colorado Hotel & Lodging Association I am always looking for the best resources and information for my members. I also look for new angles and approaches to age old lodging issues. That is why I was so delighted to have Tricia Downing bring a real perspective to accessibility in hotel rooms. Our members comply with ADA requirements but even that does not always address the practical challenges of maneuvering your way around a hotel room. Tricia brought expertise, credibility and a fresh perspective which left my members really thinking about how they could do better in their own operations. She was so well received.”

Trish provided a moving and engaging keynote address for our 700 guests. In conclusion the crowd responded with an enthusiastic standing ovation and surrounded her for hours following the event. While many of us will never endure her particular struggle, her story inspired all of us to face our own trials with more courage.

Tricia’s presentations motivate her audiences to reach further, take smarter risks and to persevere in the face of heartache, challenge and change. She shares the importance of authenticity, passion and belief in oneself. This program not only provides inspiration, but gives practical strategies to emerge from difficulty and get back on a positive track to personal success.

A program for the service industry, Wheelie Friendly gives practical tips for serving customers with disabilities. Tricia uses her travel experiences to share the challenges and roadblocks of using a wheelchair for mobility and the barriers that exist for those who are differently-abled. She helps customer service team members feel comfortable and empowered when serving those with disabilities.