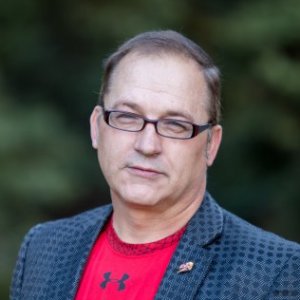 Dr. Ty Redd is a professor of chemistry at Southern Utah University whose research ranges from the synthesis and characterization of medicinal compounds to studying the selective separation of molecules including macromolecular host guest relationships. Dr. Redd teaches multi-level research courses but is known nationwide for his rigorous year-long organic chemistry curriculum.

In addition to his research and teaching, Dr. Redd is the director of the SUU Water Lab where he and Dr. Weaver provide valuable laboratory experience to students and vital water analysis services to rural Utah. A strong advocate for student learning, Dr. Redd involves his students in each step of his extracurricular research. 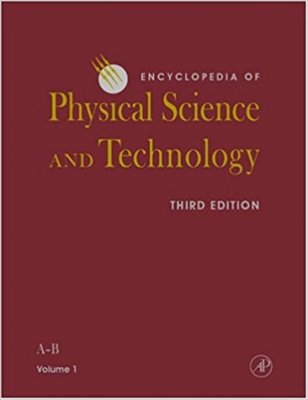 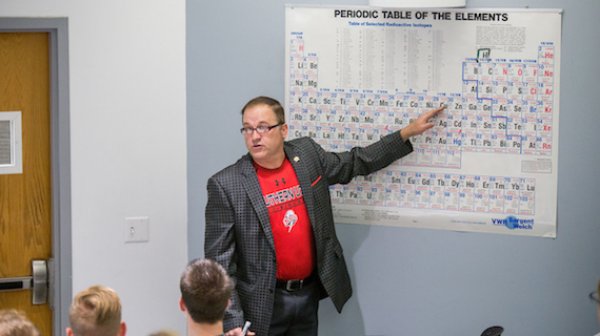 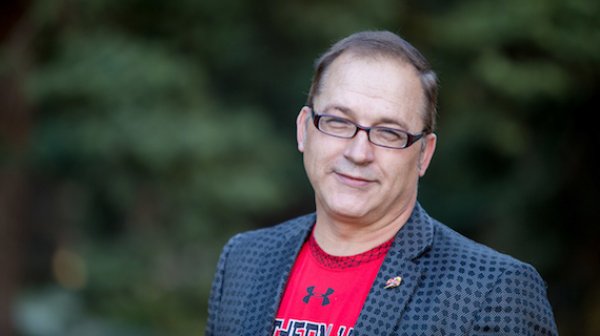 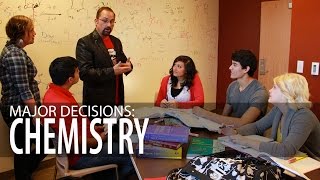 Professor Ty Redd, Nielson’s organic chemistry teacher and mentor, has high expectations for his students and does his best to make 8 a.m. classes funny and interactive. “Alex is an excellent student with great work ethic, stamina, drive and motivation,” Redd said. “She is meticulous with excellent study habits, intellectually independent and creative. Oh yes, and giggly!”

2015 In 1974, an environmental water-testing laboratory was established by the Department of Physical Science at Southern Utah University. Since its inception, the Water Lab has involved students in every facet of its operation while maintaining state certification/National Environmental Laboratory Accretidation Program (NELAP) certification. However, relying on student workers means that the Water Lab suffers constant turnover, which makes both training and maintaining state certification difficult. The SUU Water Lab solves this problem by relying on peer mentorship. In this chapter, we present the challenges of constant turnover and discuss how we maintain state certification with student workers, as well as the overall benefits of the peer mentoring process to students.

Characterization of the Major Ions of Coal Creek Near Cedar City, Utah

2014 The major ions of Coal Creek near Cedar City, in southwest Utah, were measured to determine if there were any differences in ion concentrations in July of 2014 as compared with spring measurements of 2012 and 2013. Past analyses have shown higher ion concentrations in lower regions of Coal Creek despite the apparent lack of water input. This research is aimed to better characterize these abrupt increases in concentration and determine if these trends varied when samples were acquired in the summer vs. in the spring when sample acquisition has occurred in the past. Environmental water samples were collected at evenly spaced locations in Coal Creek from State Route 14 Mile Marker 7 westward to where the creek intersects with Main Street in Cedar City. Ion concentrations were determined in water samples collected every other day for 3 consecutive weeks using Ion Chromatography (IC) and Atomic Absorption Spectroscopy (AA). The spatially intensive sampling revealed two previously unknown low volume springs that are highly concentrated in the major ions and discharge into the creek. Inductively Coupled Plasma-Mass Spectrometry (ICP-MS) was used to characterize trace metal concentrations within the water tributaries, in addition to IC to determine bulk anion content in the creek. The high ion concentrations of springs correlated well with known geologic features near the creek, such as faulted gypsum layers creating springs as well as evaporate deposits, both of which explain the doubling of ion concentrations seen in the examined section of Coal Creek.

General Chemistry II: Setting the Stage on the First Day With Jeopardy

2014 Sequential science courses that cover multiple semesters, with each course serving as a prerequisite for subsequent courses, create a unique challenge for student engagement and success, as students are expected not only to engage with the new material, but also to quickly connect it with previously learned material.

2013 Macrocycles comprise a large group of heterocyclic organic compounds that can bind cationic, anionic, or neutral substrates by entrapment within the cavity created by the macrocyclic structure. The selectivity of the macrocycle for certain chemical species is a function of many parameters, an important one being the match between substrate size and macrocycle cavity size. These host-guest systems may be exploited to yield valuable insights into molecular recognition, separation science, and biomimetics. Macrocyclic compounds constitute the building blocks for constructing supramolecular systems for the study of noncovalent molecular interactions.

2004 We have used asymmetric dihydroxylation (AD) of allenes in order to synthesize chiral α-hydroxy ketones. This methodology has been applied to several aryl-substituted allenes. We have found that electron donating groups on the aromatic ring increase the efficiency of the reaction.

1998 Five new proton-ionizable macrocyclic ligands containing a pyrimidone-subcyclic unit, 6–10, were prepared from the previously prepared pyrimidinocrown ethers 1–5 (see Figure 1 and Scheme 1). One of the new proton-ionizable crown ethers is chiral. The proton-ionizable pyrimidonocrown ethers were prepared in high yields by treating the appropriate methoxy-substituted pyrimidinocrown with 5 M sodium hydroxide in a 50% alcohol-water mixture. Complexation properties of four of the pyrimidine-derived macrocycles were studied by various nmr techniques. Pyrimidono-18-crown-6 (9) forms a strong complex with benzylammonium perchlorate and also forms a complex with benzylamine. (S, S)-Dimethyl-substituted pyrimidino- and pyrimidono-18-crown-6 ligands 4 and 9 form stronger complexes with the (R)-form of α-(1-naphthyl)ethylammonium perchlorate than with the (S)-form. (S, S)-Dimethyl-substituted pyrimidono-18-crown-6 (9) also forms a stronger complex with (R)-α-(1-naphthyl)ethylamine than with the (S)-form. The crystal structure for compound 7 is reported.

Journal of inclusion phenomena and molecular recognition in chemistry

1996 Traditionally, heterocycles are three- to eight- or nine-membered rings that contain one or more noncarbon "heteroatoms." Many, if not most, of the known heterocycles are aromatic compounds in which the noncarbon atoms contribute electrons to meet Huckel rule requirements. The crown ether situation contrasts with that of traditional heterocycles.

1995 Chiral pyridino-18-crown-6 ligands interact with chiral primary organic ammonium salts by hydrogen bonding from the ammonium cation to the pyridino nitrogen and two alternate ring oxygen atoms. Enantiomeric recognition in these interactions are caused by the steric bulk of the substituents at chiral macrocycle ring positions. Recognition is best for the interaction of chiral pyridino-18-crown-6 hosts with the enantiomers of α-(l-naphthylethyl)ammonium perchlorate (NapEtHClO4) over (α-phenylethyl)ammonium perchlorate (PhEtHC104) possibly because of a greater π-π overlap between the naphthalene ring of the guest and pyridine ring of the host. Solvents play an important role in the degree of recognition. A binary solvent composed of 7/3 C2H4Cl2/CH3OH (v/v) gave an enhanced degree of recognition. A new chiral pyrimidino-18-crown-6 ligand exhibited recognition for the enantiomers of NapEtHClO4.

A study of the carbon containing molecules of life through the theories that govern chemical change. Concepts discussed include the principles of structure and chemical reactivity, the physical properties, preparation, naming, and reaction mechanisms of biologically active compounds. Pre-professional requirements (dental, medical, veterinary) for organic chemistry are met in this course.

A continuation of CHEM 2310 - Organic Chemistry I

Lab and/or field course centers on helping the student gain insight into the research arena. Introduction to the scientific process and research techniques will be given.

Lab and/or field course centered around helping the student conduct meaningful and novel research. Directed research and techniques used will be discussed.