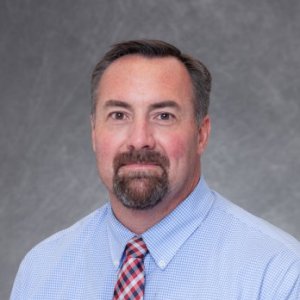 Dr. Tyler Stillman is an assistant professor of management and marketing at Southern Utah University and directs the Entrepreneurship Center. He teaches courses on judgement and decision making, managing organizations, leadership and buyer behavior.

Through his time as a student and educator, Dr. Stillman has conducted several research projects which have been cited over 3,000 times in total, according to Google Scholar. He has been featured in articles by Allure Magazine and The New York Times. Dr. Stillman has published over 35 academic research articles in various journals and publications across the country. 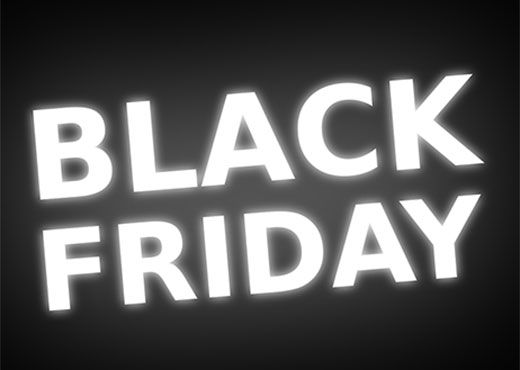 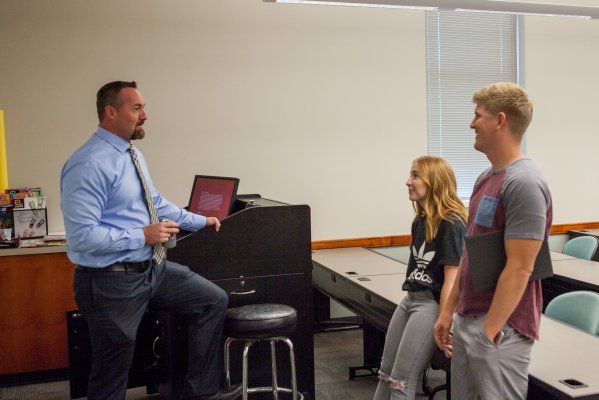 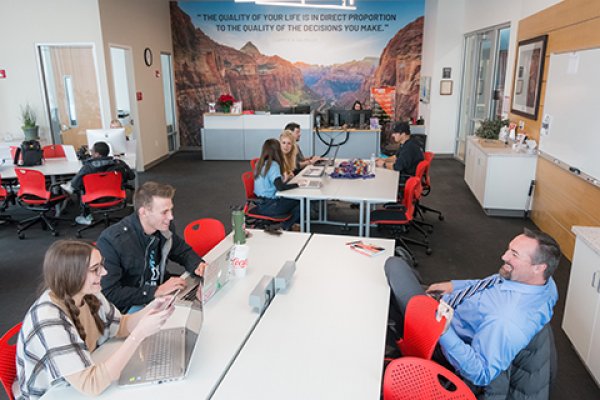 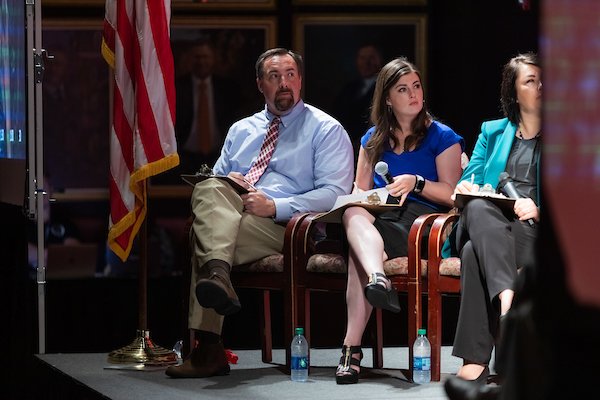 A woman's attitude about her life influences how attractive she seems, according to research headed by Tyler Stillman, a psychologist at Southern Utah University in Cedar City, Utah. He and his colleagues surveyed men and women about their sense of meaning in life, videotaped pairs of them, and showed brief footage to a group of judges. The stronger the participants' clear purpose in life (whatever that meant to each of them), the more likable they were considered to be. This held true regardless of their scores in measures of self-esteem, happiness, openness, or spirituality. Everybody wanted to get to know the most good-looking people, but "for participants who were of average or below average attractiveness, having a strong sense of meaning made them significantly more appealing," the researchers report.

Do You Have Free Will? Yes, It’s the Only Choice

“Doubting one’s free will may undermine the sense of self as agent,” Dr. Vohs and Dr. Schooler concluded. “Or, perhaps, denying free will simply provides the ultimate excuse to behave as one likes.” That could include goofing off on the job, according to another study done by Dr. Vohs along with a team of psychologists led by Tyler F. Stillman of Southern Utah University. They went to a day-labor employment agency armed with questionnaires for a sample of workers to fill out confidentially.

What’s So Funny? Well, Maybe Nothing

“Laughter seems to be an automatic response to your situation rather than a conscious strategy,” says Tyler F. Stillman, who did the experiments along with Roy Baumeister and Nathan DeWall. “When I tell the muffin joke to my undergraduate classes, they laugh out loud.”

Journal of Airline and Airport Management

This study examines gender differences in consumer behaviors among the flying public inside Las Vegas McCarran International Airport in a field experiment theoretically grounded in Terror Management Theory. Findings and Originality/Value: Because airports are replete with reminders of human mortality, it is not a surprise that death awareness and flight anxiety may be closely related. The flying public that is anxious to fly presents an interesting public relations situation for airports. Therefore, this study examines how anxious the Las Vegas public is through a case study of one local international airport. Results show that flight anxiety does provoke the same kind of existential defenses that traditional death awareness does. This study also suggests that men and women do not react to flight anxiety in a uniform way, they are different in their reactions in seeking to gamble, eating unhealthy food, and an increased desire for electronic entertainment.

No match for money: Even in intimate relationships and collectivistic cultures, reminders of money weaken sociomoral responses

The present research tested two competing hypotheses: (1) as money cues activate an exchange orientation to social relations, money cues harm prosocial responses in communal and collectivistic settings; (2) as money can be used to help close others, money cues increase helping in communal or collectivistic settings. In a culture, characterized by strong helping norms, money cues reduced the quality of help given (Experiment 1), and lowered perceived moral obligation to help (Experiment 2). In communal relationships, money reminders decreased willingness to help romantic partners (Experiment 3). This effect was attenuated among people high on communal strength, although money cues made them upset with help requests (Experiment 4). Thus, the harmful effects of money on prosocial responses appear robust.

The making of might-have-beens: effects of free will belief on counterfactual thinking

Counterfactual thoughts are based on the assumption that one situation could result in multiple possible outcomes. This assumption underlies most theories of free will and contradicts deterministic views that there is only one possible outcome of any situation. Three studies tested the hypothesis that stronger belief in free will would lead to more counterfactual thinking.

The authors describe how Southern Utah University has integrated the US Internal Revenue Service (IRS) Voluntary Income Tax Assistance (VITA) program as an experiential service-learning activity for over a decade and a half. First, we describe the value of experiential service-learning. Second, we detail the program, its oversight, its student volunteers, and its purposes. Third, we provide a quantitative assessment of professional competencies based on a sample of 29 recent VITA student volunteers.

To belong is to matter: Sense of belonging enhances meaning in life

Virtually justifiable homicide: The effects of prosocial contexts on the link between violent video games, aggression, and prosocial and hostile cognition

Gratitude and depressive symptoms: The role of positive reframing and positive emotion

Journal of Social and Clinical Psychology

The material and immaterial in conflict: Spirituality reduces conspicuous consumption

Many spiritual leaders have argued that materialistic pursuits are incompatible with following a spiritual life. Consistent with this view, we found that higher levels of spirituality correspond to a decreased desire to consume material goods in a conspicuous manner. Study 1 was correlational, and found that people who reported having spiritual experiences reported a decreased desire to spend lavishly for visible consumer goods, such as a cell phone. Study 2 was experimental, and found that participants assigned to recall a spiritual event also ...

Free will in everyday life: Autobiographical accounts of free and unfree actions

What does free will mean to laypersons? The present investigation sought to address this question by identifying how laypersons distinguish between free and unfree actions. We elicited autobiographical narratives in which participants described either free or unfree actions, and the narratives were subsequently subjected to impartial analysis. Results indicate that free actions were associated with reaching goals, high levels of conscious thought and deliberation, positive outcomes, and moral behavior (among other things).

When people's deeply ingrained need for social connection is thwarted by social exclusion, profound psychological consequences ensue. Despite the fact that social connections and consumption are central facets of daily life, little empirical attention has been devoted to understanding how belongingness threats affect consumer behavior. In four experiments, we tested the hypothesis that social exclusion causes people to spend and consume strategically in the service of affiliation.

Family as a salient source of meaning in young adulthood

The Journal of Positive Psychology

Five studies demonstrated the role of family relationships as an important source of perceived meaning in life. In Study 1 (n= 50), 68% participants reported that their families were the single most significant contributor to personal meaning. Study 2 (n= 231) participants ranked family above 12 likely sources of meaning. Studies 3 (n= 87) and 4 (n= 130) demonstrated that participants' reports of their closeness to family (Study 3) and support from family (Study 4) predicted perceived meaning in life, even when controlling ...

Pain, whether caused by physical injury or social rejection, is an inevitable part of life. These two types of pain—physical and social—may rely on some of the same behavioral and neural mechanisms that register pain-related affect. To the extent that these pain processes overlap, acetaminophen, a physical pain suppressant that acts through central (rather than peripheral) neural mechanisms, may also reduce behavioral and neural responses to social rejection. In two experiments, participants took acetaminophen or placebo daily for 3 ...

Free will in consumer behavior: Self-control, ego depletion, and choice

Consumer behavior offers a useful window on human nature, through which many distinctively human patterns of cognition and behavior can be observed. Consumer behavior should therefore be of central interest to a broad range of psychologists. These patterns include much of what is commonly understood as free will. Our approach to understanding free will sidesteps metaphysical and theological debates. Belief in free will is pervasive in human social life and contributes to its benefits.

Violence restrained: Effects of self-regulation and its depletion on aggression

Aggressive impulses arise from many factors, but they are usually held in check by social norms for self-control. Thus, the proximal cause of aggression is often failure of self-restraint. In five studies, depleted capacity for self-regulation (caused by prior, even irrelevant acts of self-regulation) increased aggressive responding, especially after an insulting provocation. When participants were insulted and their self-regulatory strength was depleted (ie, after completing previous tasks that required self-regulation), participants were more likely to ...

This course synthesizes material covered in the Social Sciences with basic business principles in an effort to understand why individuals think and behave as they do in a corporate setting. It analyzes individual and group variables, which inhibit or facilitate effective attainment of organizational goals. The roles of values and ethics are considered. Topics include motivation, leadership, conflict, decision-making, the changing business environment, group dynamics, organizational structure, and current issues in management.

An analysis of problems and concepts concerned with the distribution of goods from producer to consumer. The course includes survey of marketing research, product planning, pricing, channels of distribution and promotion.

An examination of influences on consumer and organization buying behavior and the implications for marketing. Utilizes concepts from various relevant disciplines.