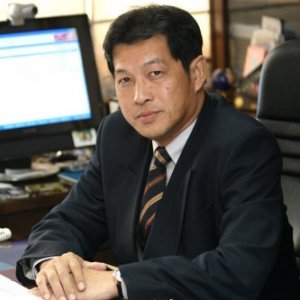 Chairman of the Advisory Board | Orient Thai Airlines

Chairman of the Advisory Board

Since leaving the position of CEO in the hands of a management team, airline industry veteran Udom Tantiprasongchai has maintained an active role in Orient Thai Airlines as Chairman of the Advisory Board. As Orient Thai deals with increasing competition from other carriers, Tantiprasongchai has spoken frequently with media outlets, describing the strong performance of Orient Thai Airlines and its plans for the future. Speaking recently to Take Off Magazine about Orient Thai’s 2012 strategy, Udom Tantiprasongchai expressed the company’s lack of interest in participating in price wars. Rather, the company focuses on growth opportunities in international and charter flights and aims to court customers with complimentary drinks and snacks, with increases in luggage allowances, and an emphasis on safety and customer service.

Udom Tantiprasongchai came to his position in the airline industry through a somewhat unusual career path. His first business was in trading in various commodities and shipping businesses in Indochina, including Vietnam, Laos, and Cambodia. His success in the businesses in Indochina led him to expand his portfolio. He invested in airport development, facility construction, and shipping before being asked by the fledging Cambodian government to establish a national carrier as soon as the country reached the 1991 Peace Settlement. The government recognized the airline under the name of "Cambodia International Airlines" as the national flag carrier. Cambodia International Airlines was Cambodia's sole carrier and served its international transportation needs from 1992 to 1995. He maintains a close relationship with Cambodia, helping its Muslim minority by funding the printing of educational materials and other endeavors to promote cross-border ties with Thailand.