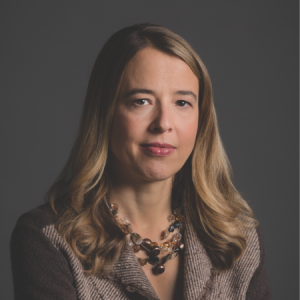 Ulrike Malmendier is the Edward J. and Mollie Arnold Professor of Finance at Berkeley Haas and Professor of Economics at UC Berkeley. Her research interests include corporate finance, behavioral economics/behavioral finance; economics of organizations; contract theory; law and economics; law and finance. Her area of focus is the intersection of economics and finance, and why and how individuals make decision—specifically how individuals make mistakes and systematically biased decisions. Some of her work includes research on CEO overconfidence, the long-term frugality of Depression “babies” and the decision-making behind gym membership.

In 2013, Malmendier was awarded the prestigious Fisher Black Prize from the American Finance Association, given biennially to the top financial scholar under the age of 40. The award citation referred to Malmendier’s work in corporate finance; behavioral economics and finance; and contract theory and noted the originality and creativity of her research.

Malmendier has received fellowships and grants from numerous institutions in the U.S. and Europe and many honors, awards, and prizes, including the 2017 Guggenheim Fellowship, and the Alfred P. Sloan Research Fellowship, as well as several Emerald Citations of Excellence by Emerald and Distinguished or Keynote Speaker engagements. In 2015 she was awarded the Distinguished Teaching Award, University of California at Berkeley’s most prestigious honor for teaching.

Awarded by the American Finance Association 2013

Center on the Economics and Demography of Aging Grant

Why optimism is a class issue

A host of research, including work by Prof. Ulrike Malmendier of the Haas Finance Group, suggests that hard times during our formative years make us pessimistic long after those times have passed. But being posh insulates you somewhat from hard times, making you more likeley to be upbeat about the future.

Correct market timing is difficult so drip-feed cash into investments

Addressing an investor's question, the author suggests personal history can make investors unusually fearful. Research by Prof. Ulrike Malmendier of the Haas Finance Group has found that people who have experienced tough economic times remain fearful even many years later.

The bias behind monetary policymaking

Like consumers and investors, central bankers are susceptible to biases. Work by Ulrike Malmendier, Edward J. and Mollie Arnold Professor of Finance, found that Fed board members with more exposure to inflation in the past were more likely to have hawkish voting patterns.

Don't Be A Laughingstock: Stamping Out Financial Illiteracy -- Why It's Time to Take Action

A study by Prof. Ulrike Malmendier of the Haas Finance Group found that economic crises tend to have long-lasting effects on individuals' behavior.

A brief history of interest rates

Our ideas of what is normal, and therefore of what to expect, are shaped during our formative years. This holds true for investing, as research by Prof. Ulrike Malmendier of the Haas Finance Group has indicated.

Investors have been unsettled by the possibility of more interest rate hikes. Even if it's not rational, work by Prof. Ulrike Malmendier of the Haas Finance Group has shown that our economic opinions are shaped not just by current facts but also by our life experiences.

Why you should vote

Research by Prof. Ulrike Malmendier of the Haas Finance Group has found that voting has a social status component. Also, telling survey respondents in advance that they would be surveyed about their voting made them end up voting in larger numbers.

The Psychological Effects Of The Financial Crisis, Lingering  radio

How did the recession change our habits? Prof. Ulrike Malmendier of the Haas Finance Group, has done pioneering work on the psychological effects of living through different economic events — and specifically the effect on our behavior and our willingness to take risk.

Traumatised by the Great Recession

Recessions can damage an entire country's psyche decades, and living through a recession can alter a young person's attitude to money for the rest of their lives.

North American companies that don’t end up getting their target outperform acquirers by 24 percent in the three years following it, according to research by Prof. Ulrike Malmendier of the Haas Finance Group. The high price tag paid for the target and an increase in leverage appear to be behind the underperformance of the winning bidders.

The small-donor antidote to big-donor politics

The article cites research co-authored by Prof. Ulrike Malmendier of the Haas Finance Group that confirms that recipients of political “gifts” feel an obligation to the giver, even though they know that the gifts are intended to influence them.

New research co-authored by Prof. Ulrike Malmendier of the Haas Finance Group using German brokerage data shows that East Germans’ financial behavior is still, in part, determined by their GDR past. They’re less likely to put money in the stock market or take risks on margin, and they would rather invest in former state companies than in the financial sector.

All Those Bubble Sightings Turned Out to Be Mirages

Calling bubbles is hard. For example, take tech startups. In 2011, billionaire Mark Cuban -- who won much of his own fortune in an earlier tech bubble -- declared that the modern venture-funded startup scene was like a Ponzi scheme.

When Ulrike Malmendier needs gasoline, she drives from the UC Berkeley campus all the way down to the freeway where prices are a few cents per gallon cheaper. As an economist, she knows that makes no sense. But she also knows that she was born in 1973, the year of the oil crisis, and connecting those dots is what has landed Malmendier a Guggenheim Fellowship.

Federal Reserve officials are products of their eras. A policy maker's hawkish or dovish tilt hinges at least partly on the inflation environment they've experienced, according to new research. That's the leading item in our research wrap this week, and it's followed by a Goldman Sachs analysis of the U.S. economy's neutral interest rate, which is another piece worth reading about ahead of Wednesday's Federal Open Market Committee rate decision. This week's roundup also links to studies on single mothers and the marriage premium and on how immigration status affects wages. Check this column each Tuesday for the latest in policy-relevant or interesting economic research.

You Owe Me American Economic Review

Winning by Losing: Evidence on Overbidding in Mergers Review of Financial Studies.

Voting to Tell Others Review of Economic Studies

On the Verges of Overconfidence Journal of Economic Perspectives

Contractibility and the Design of Research Agreements American Economics Review

Law and Finance at the Origin Journal of Economic Literature